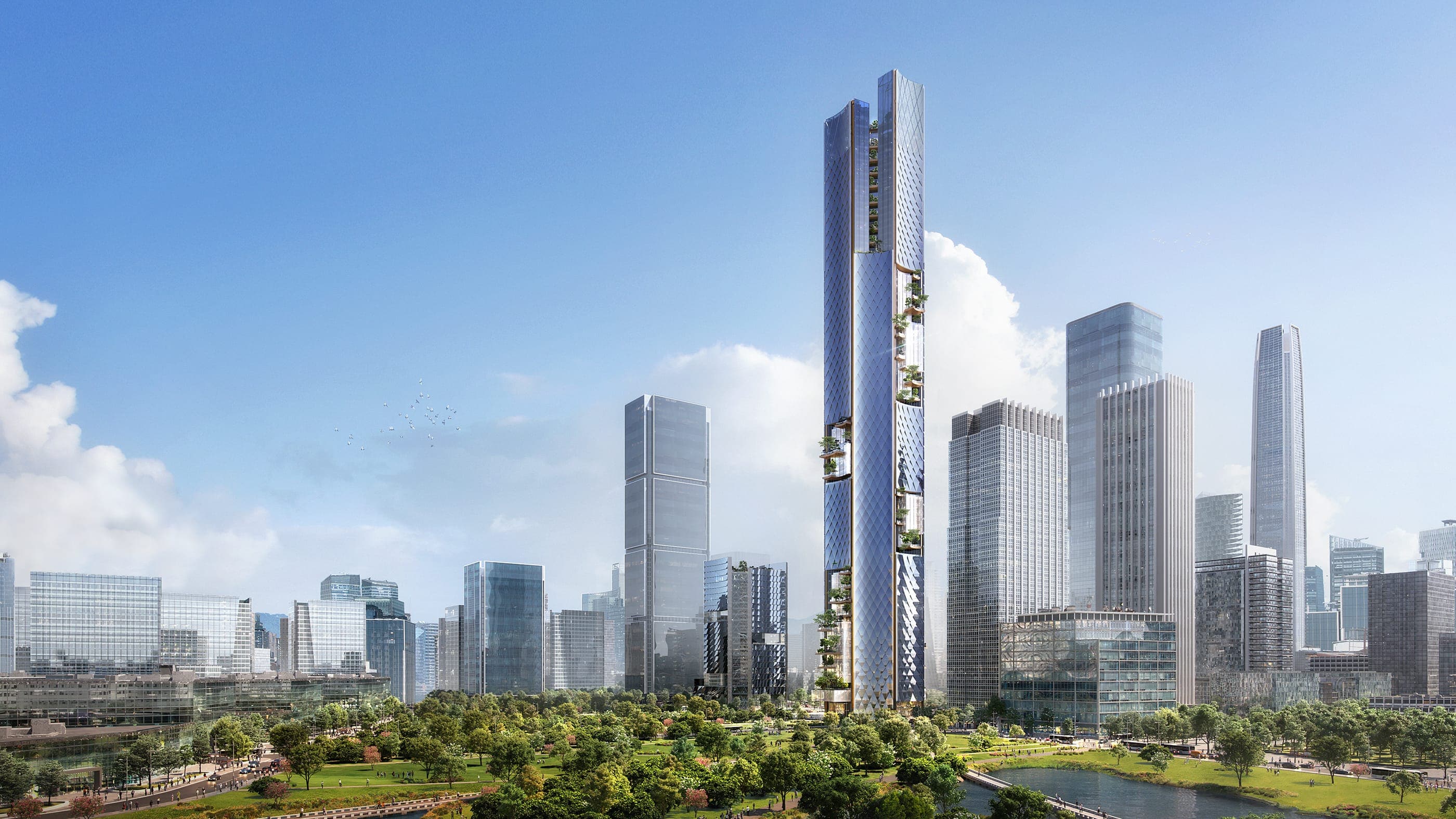 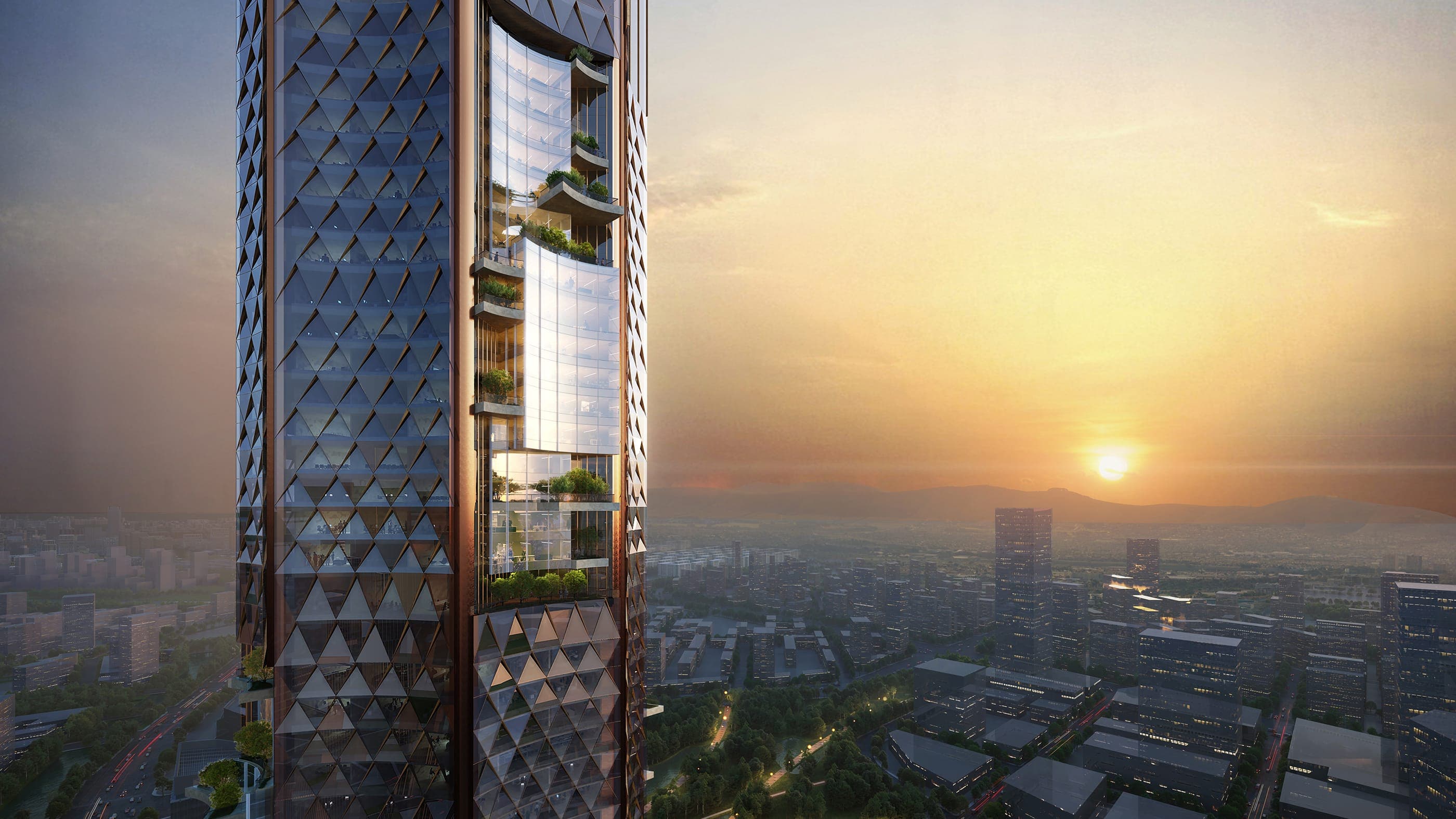 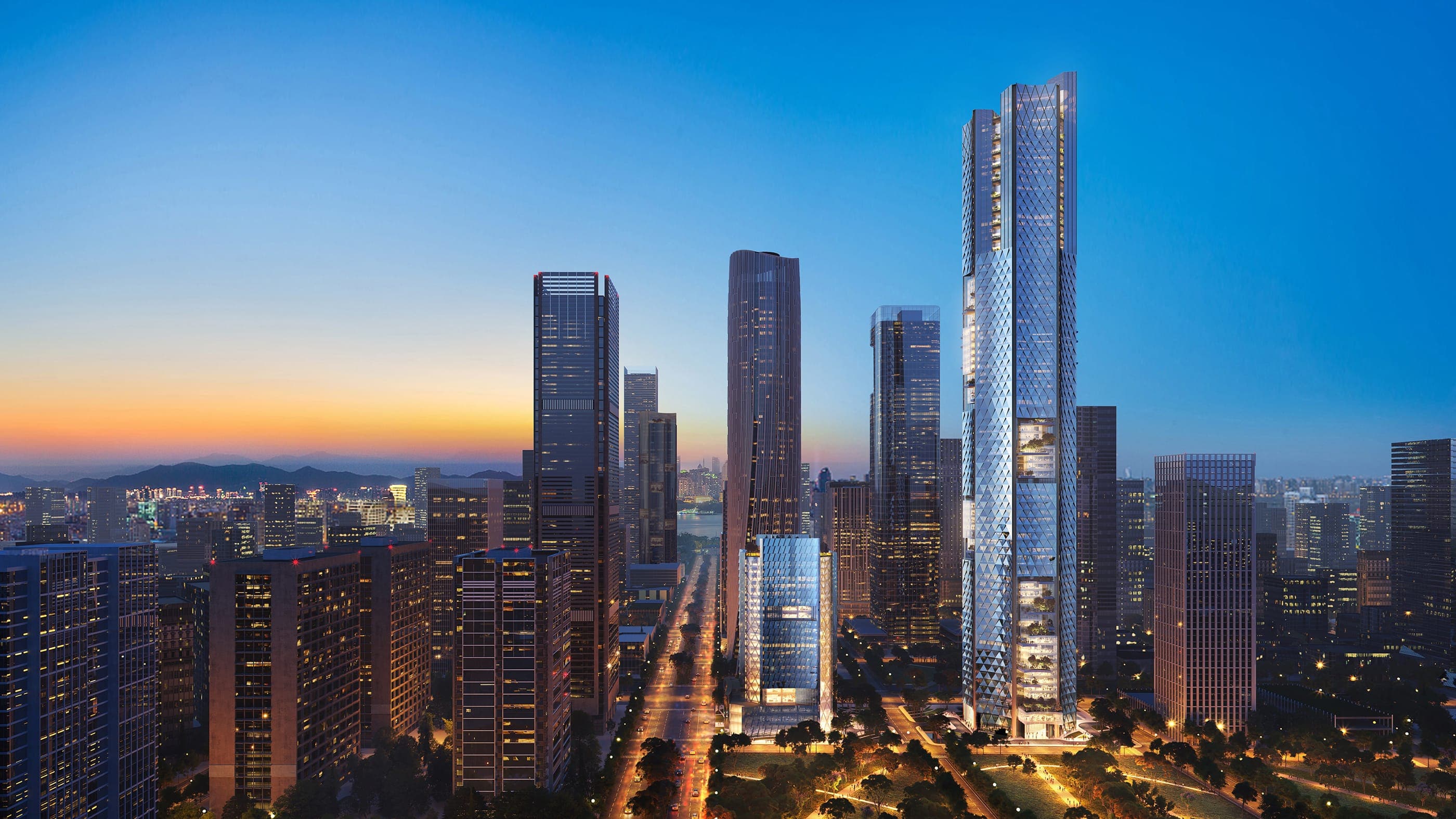 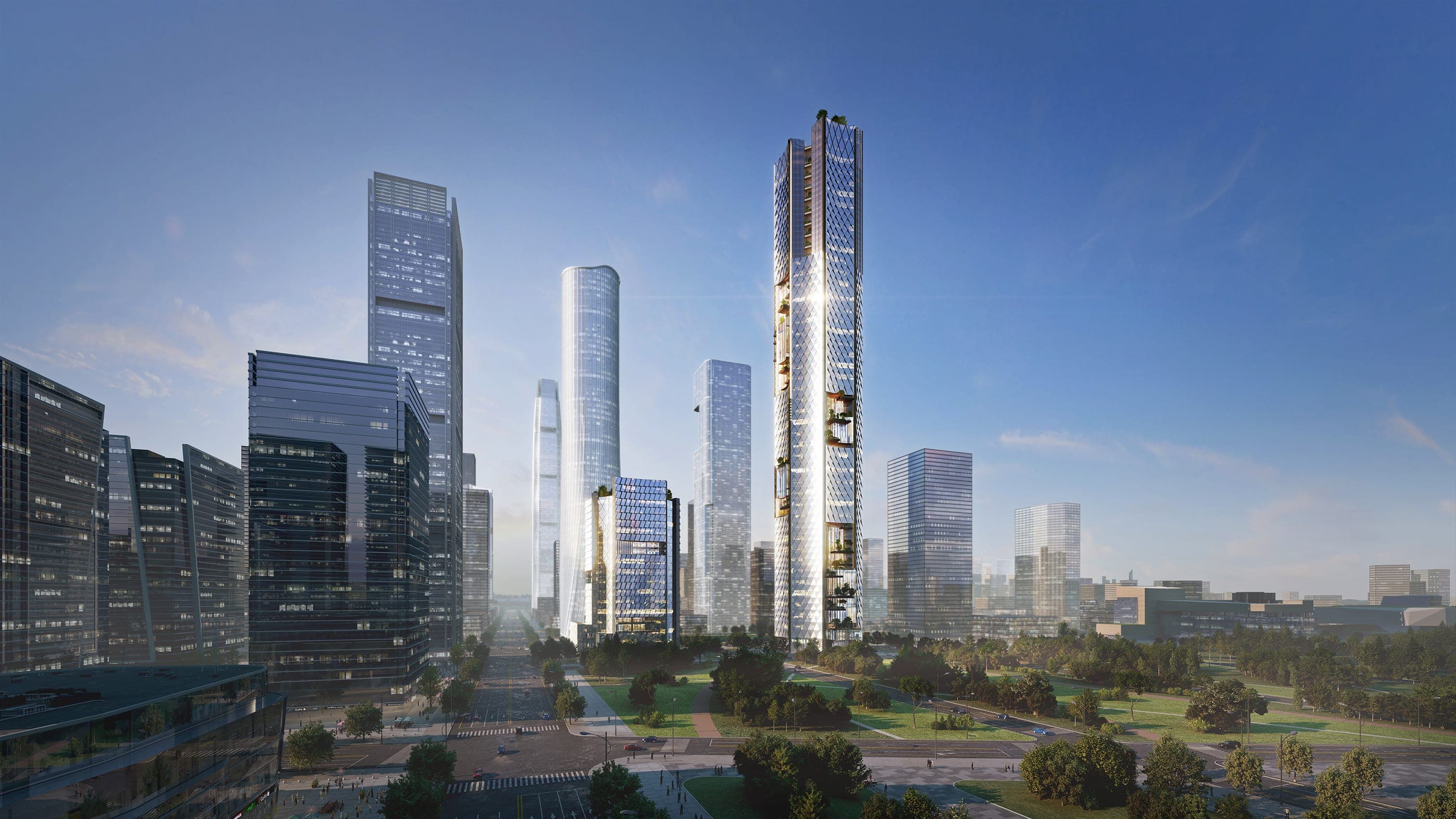 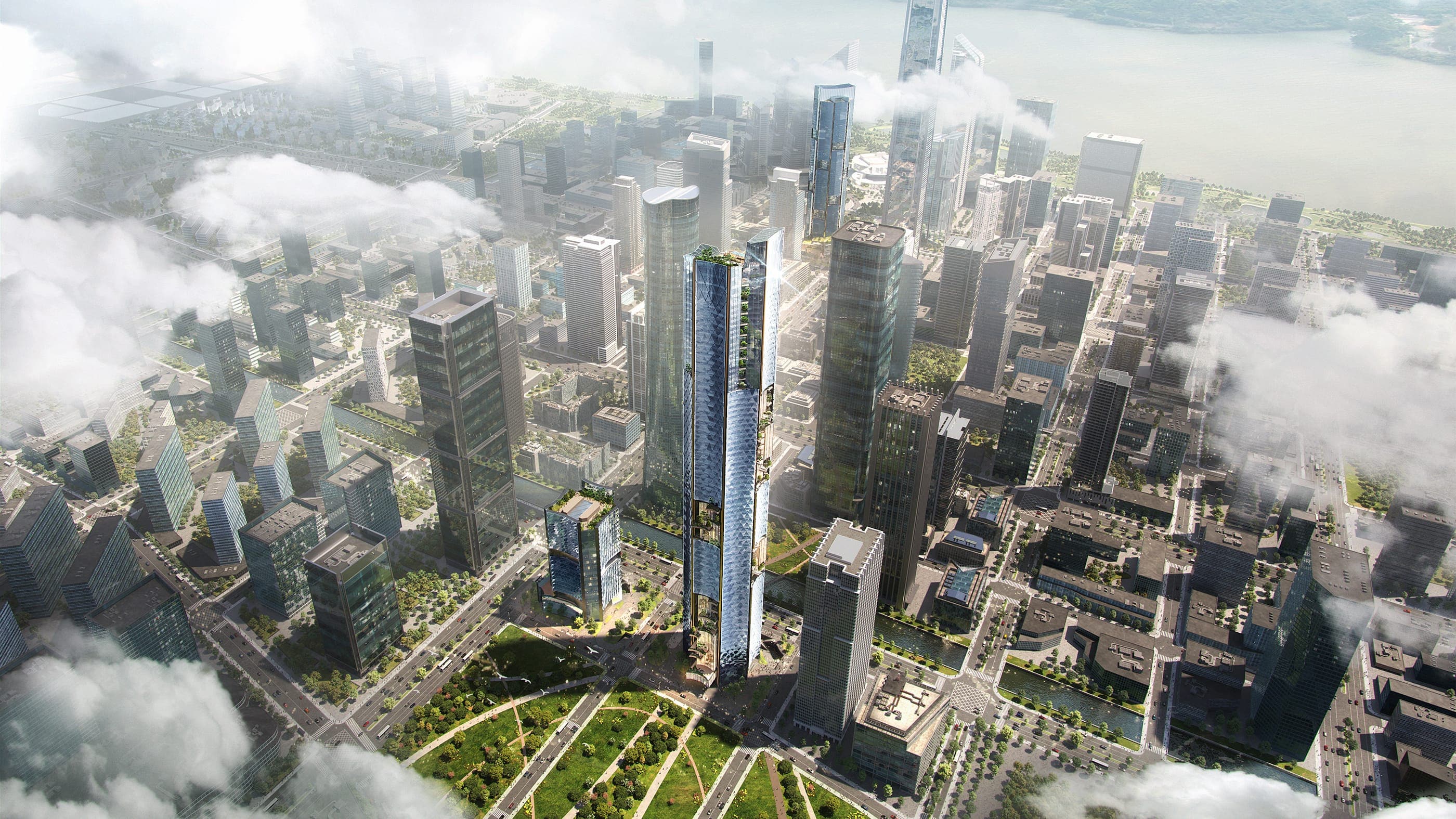 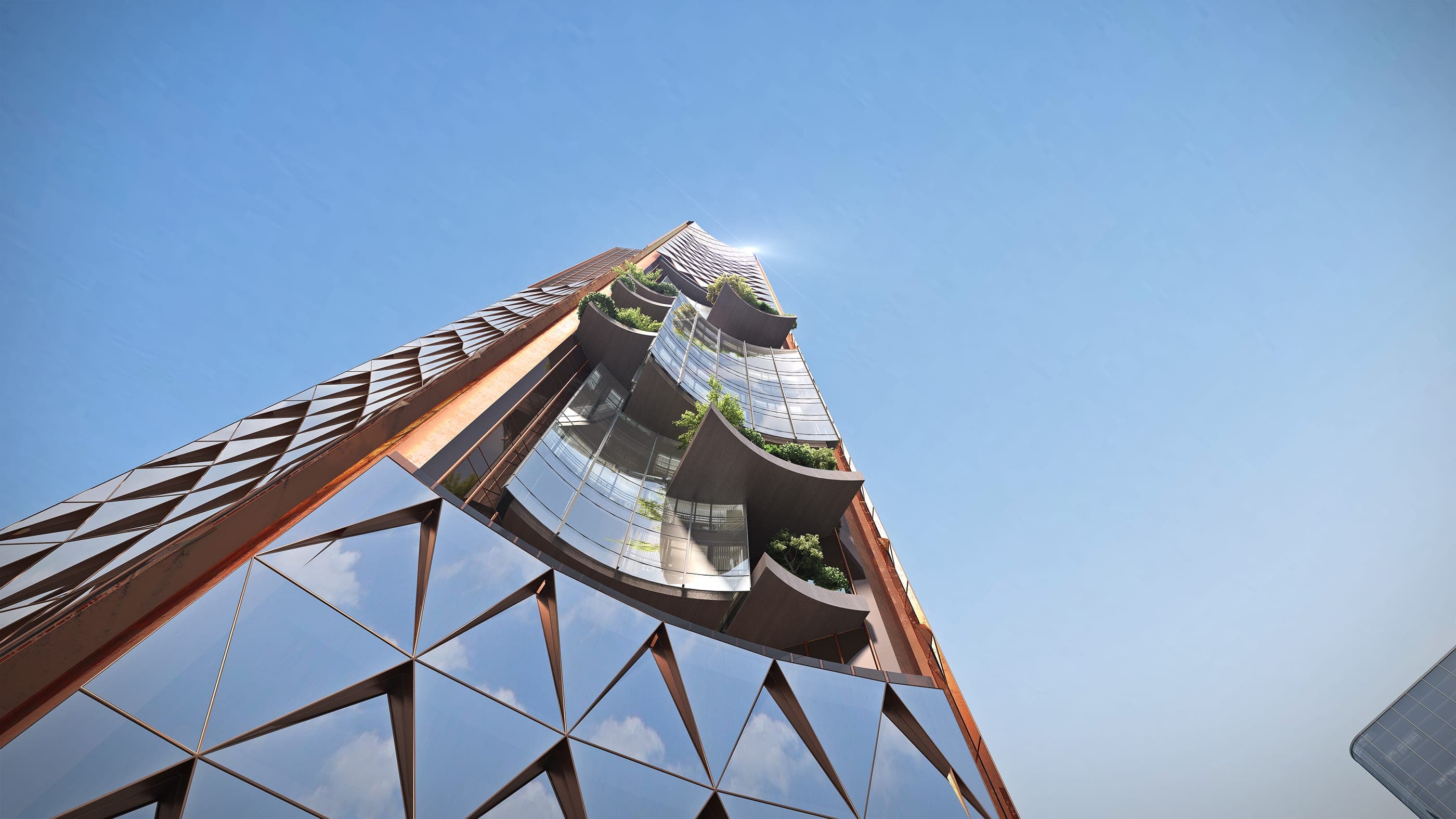 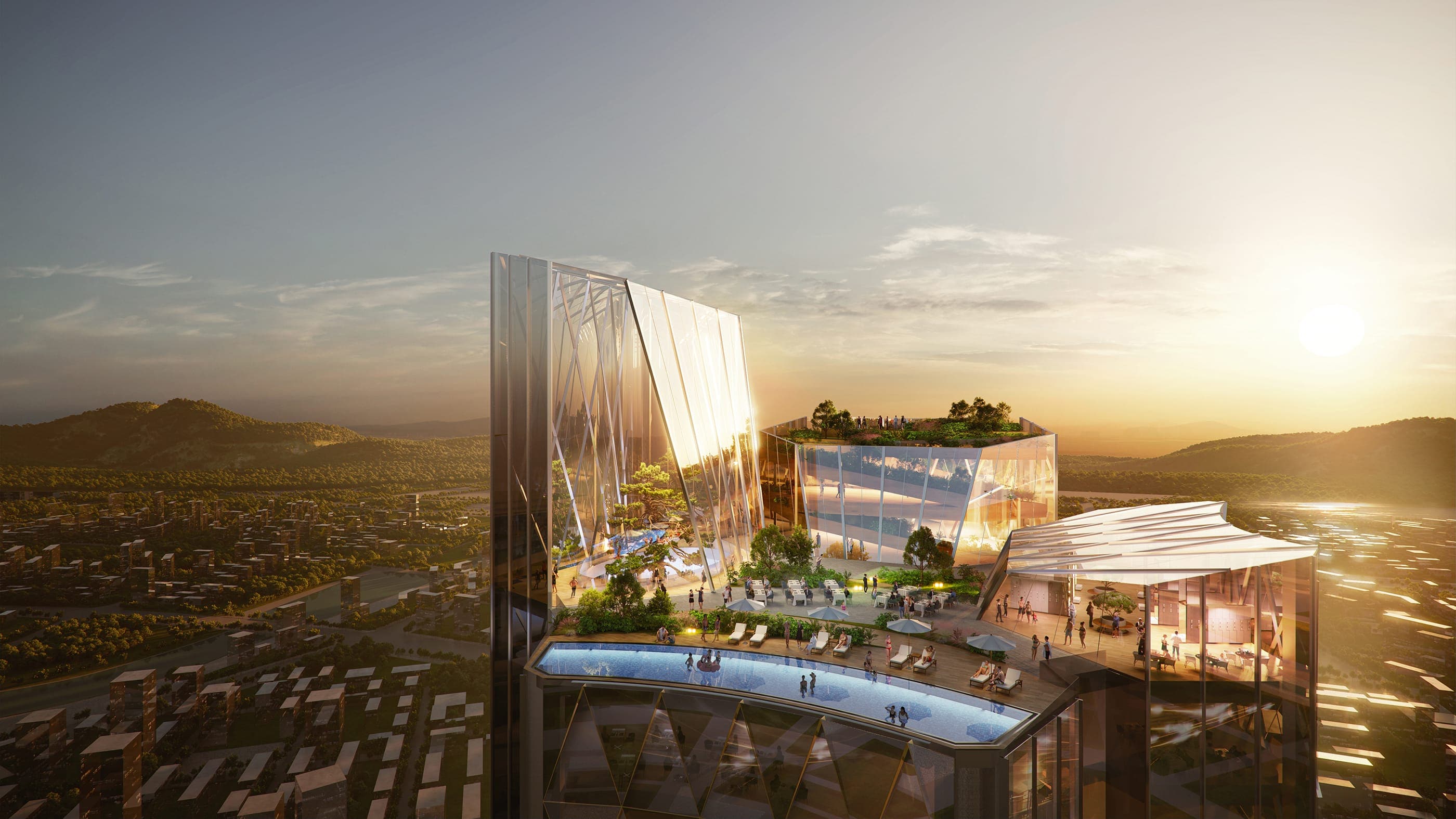 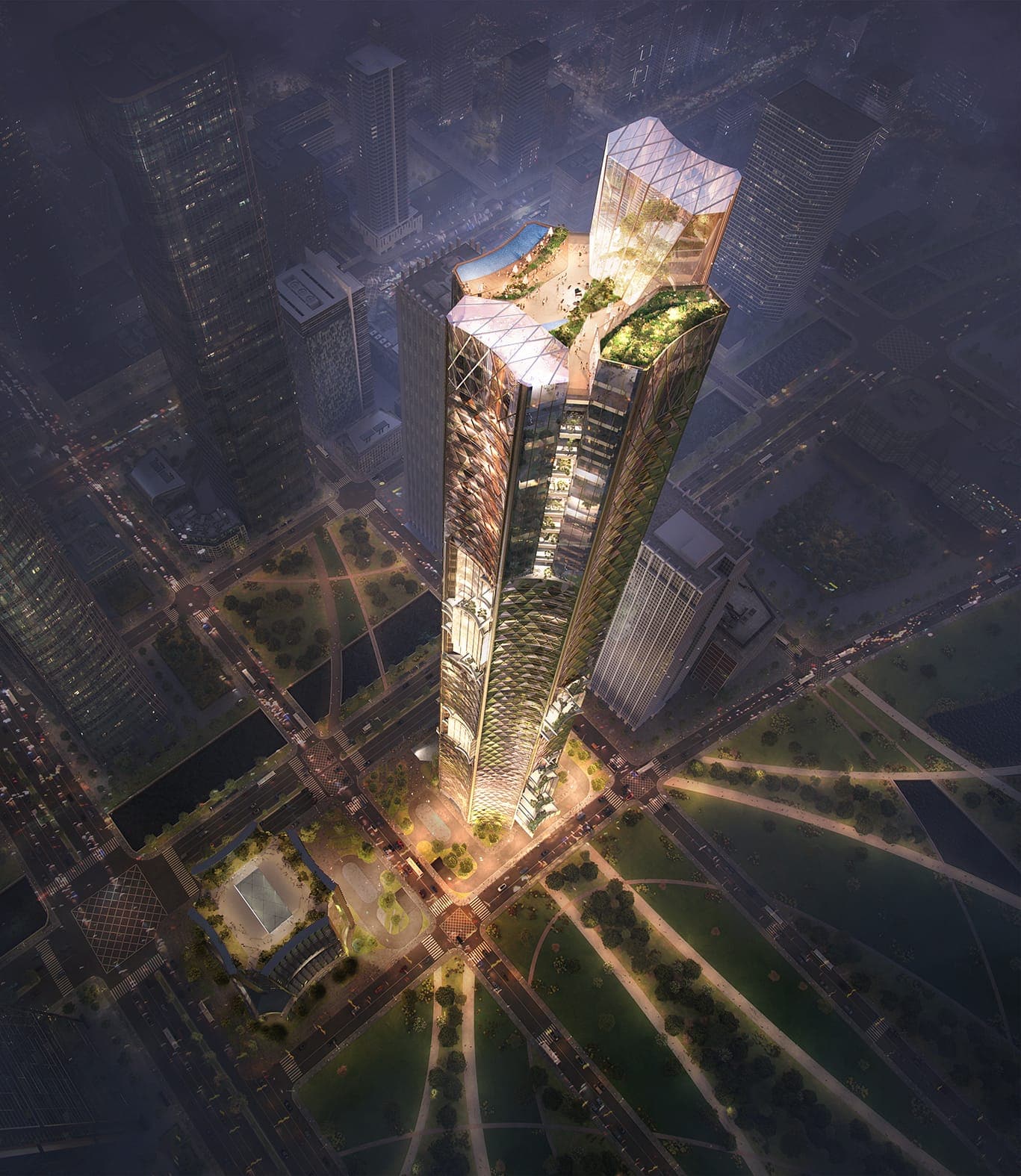 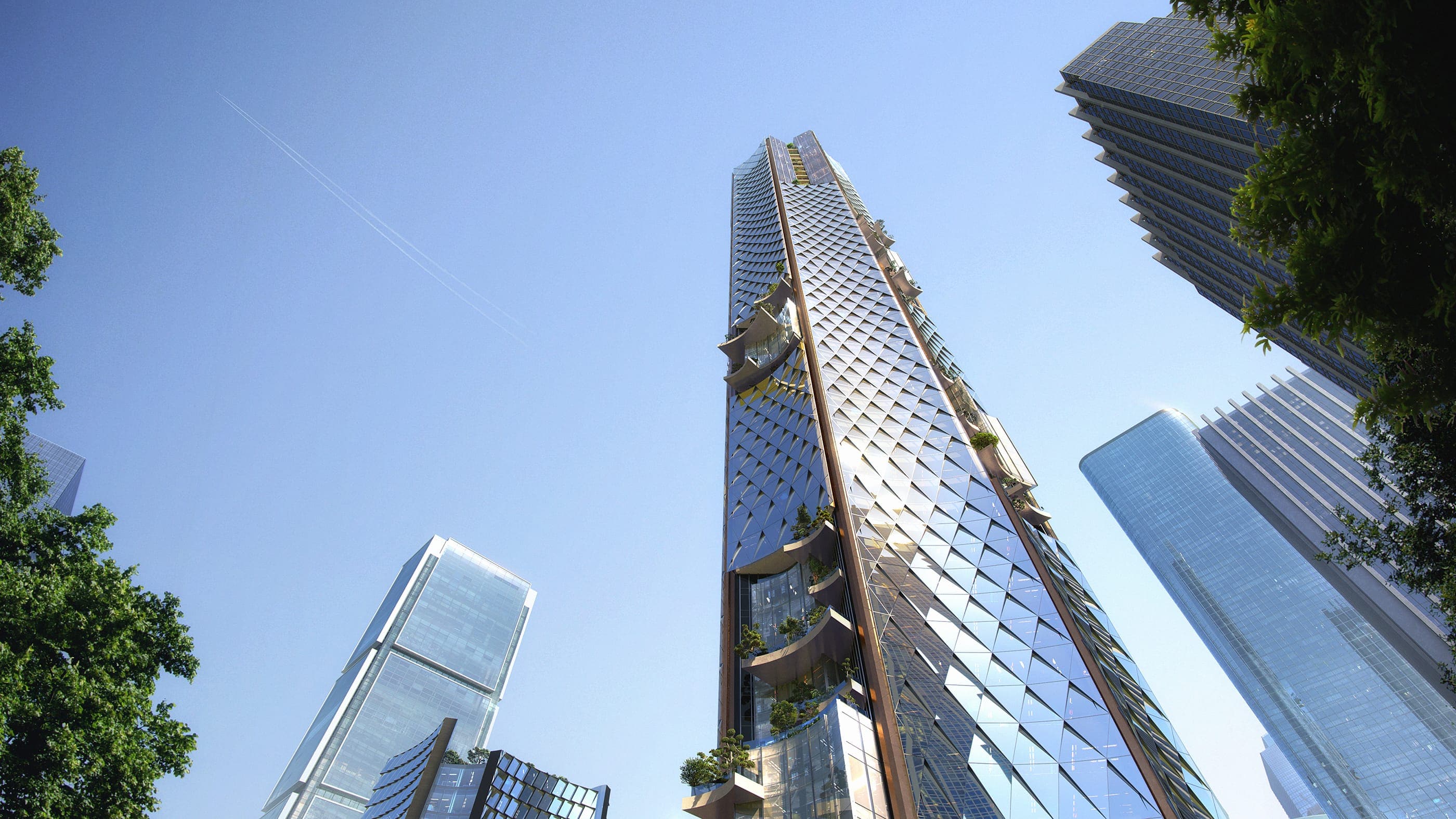 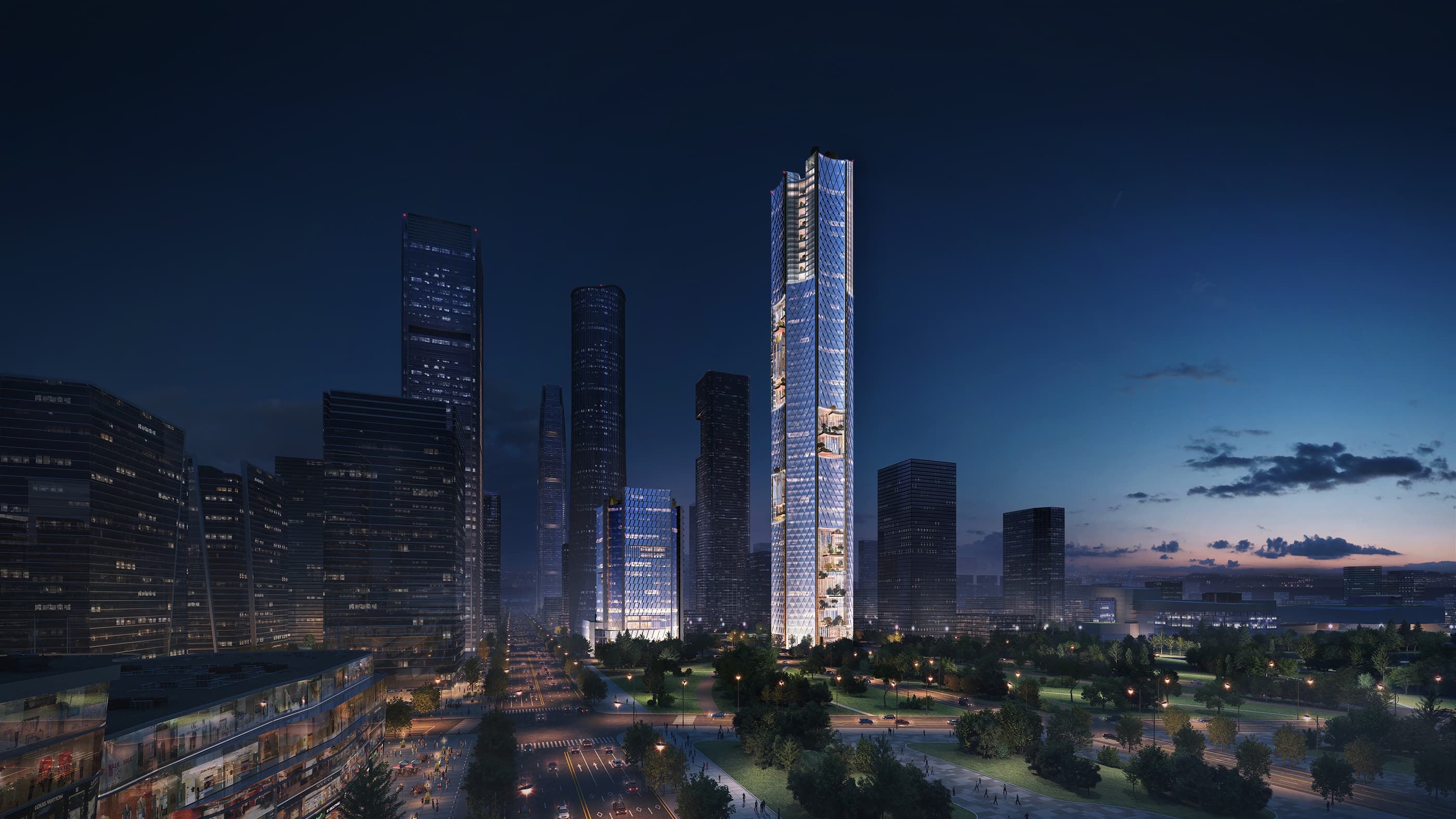 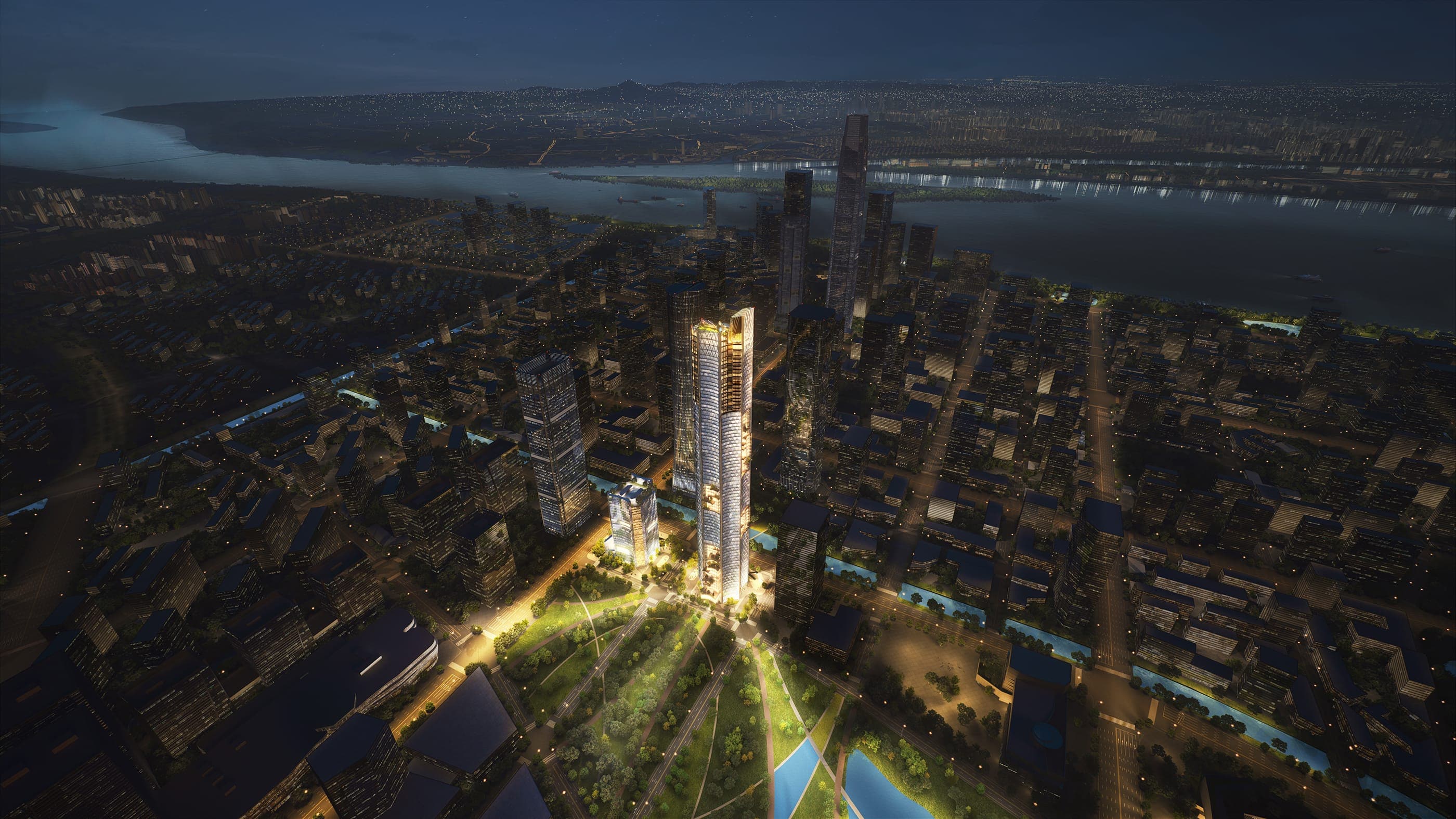 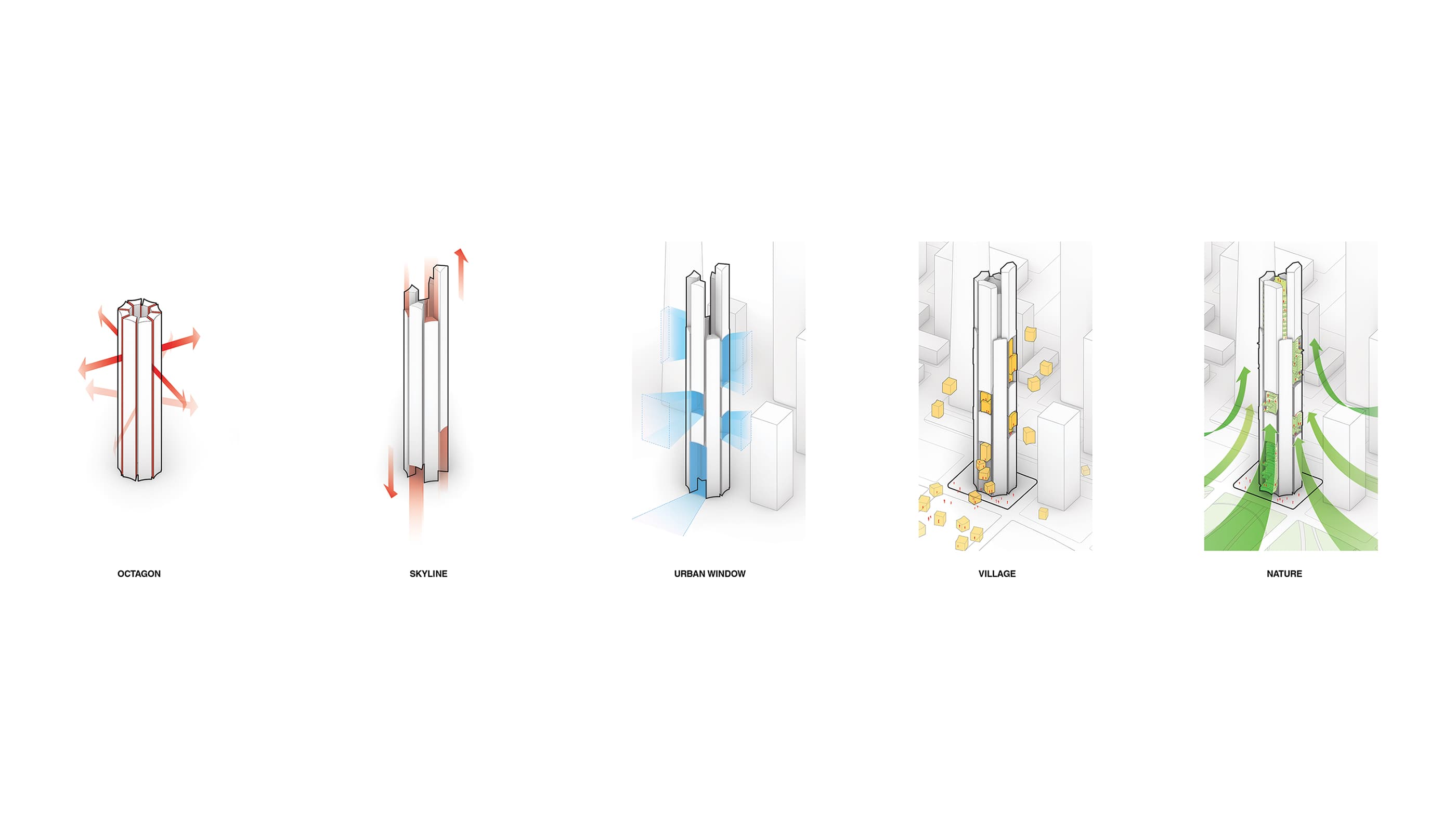 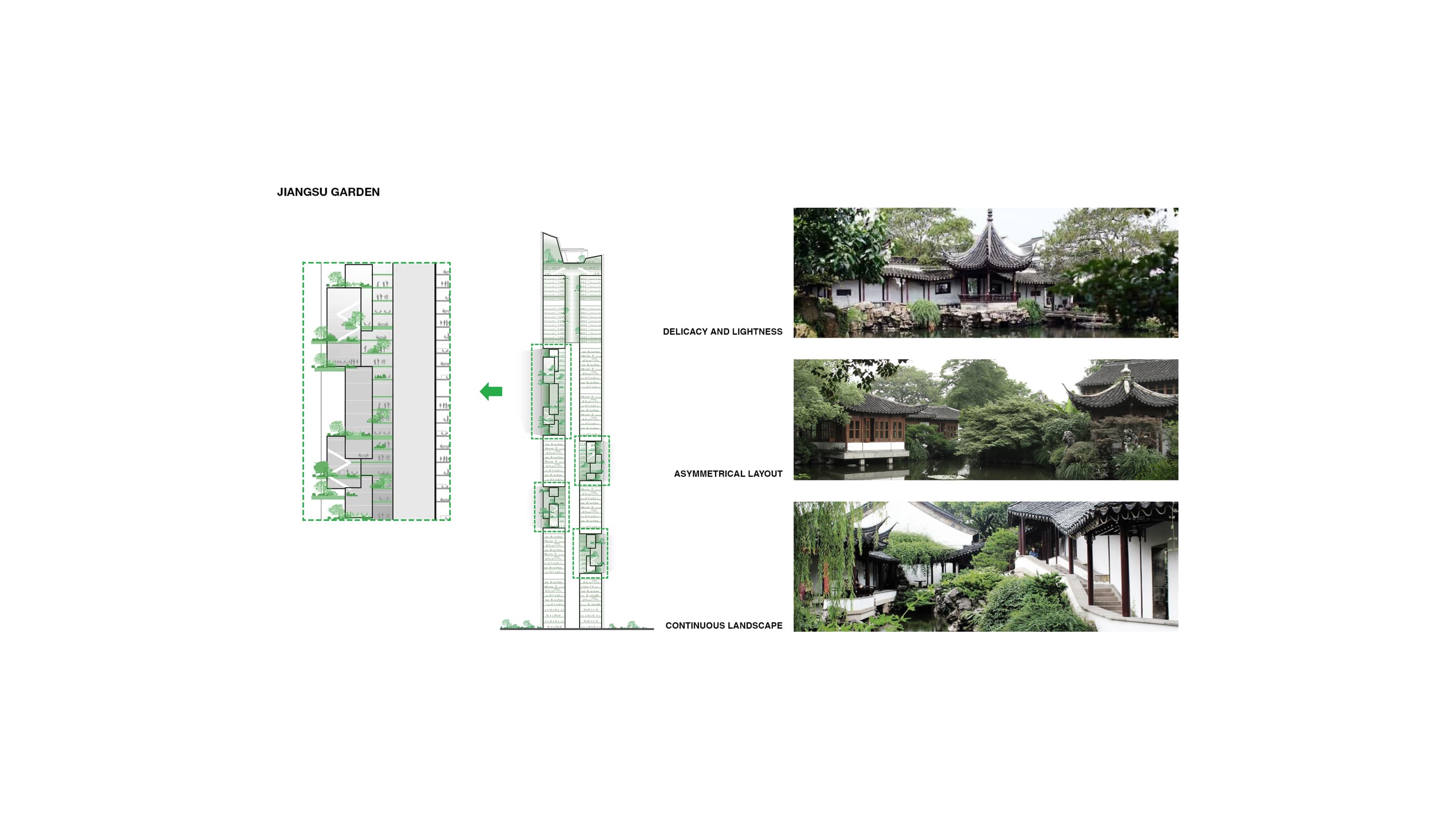 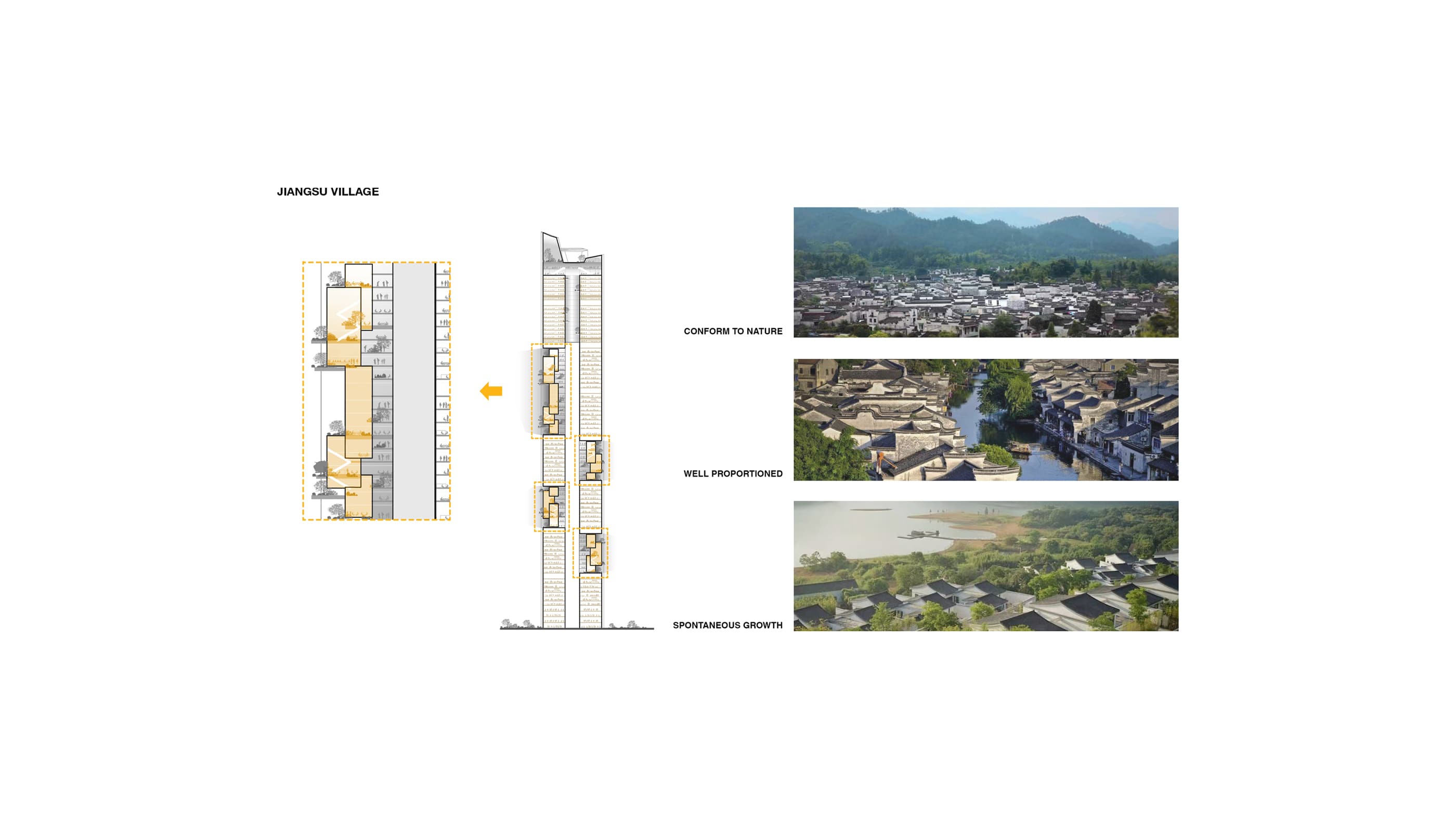 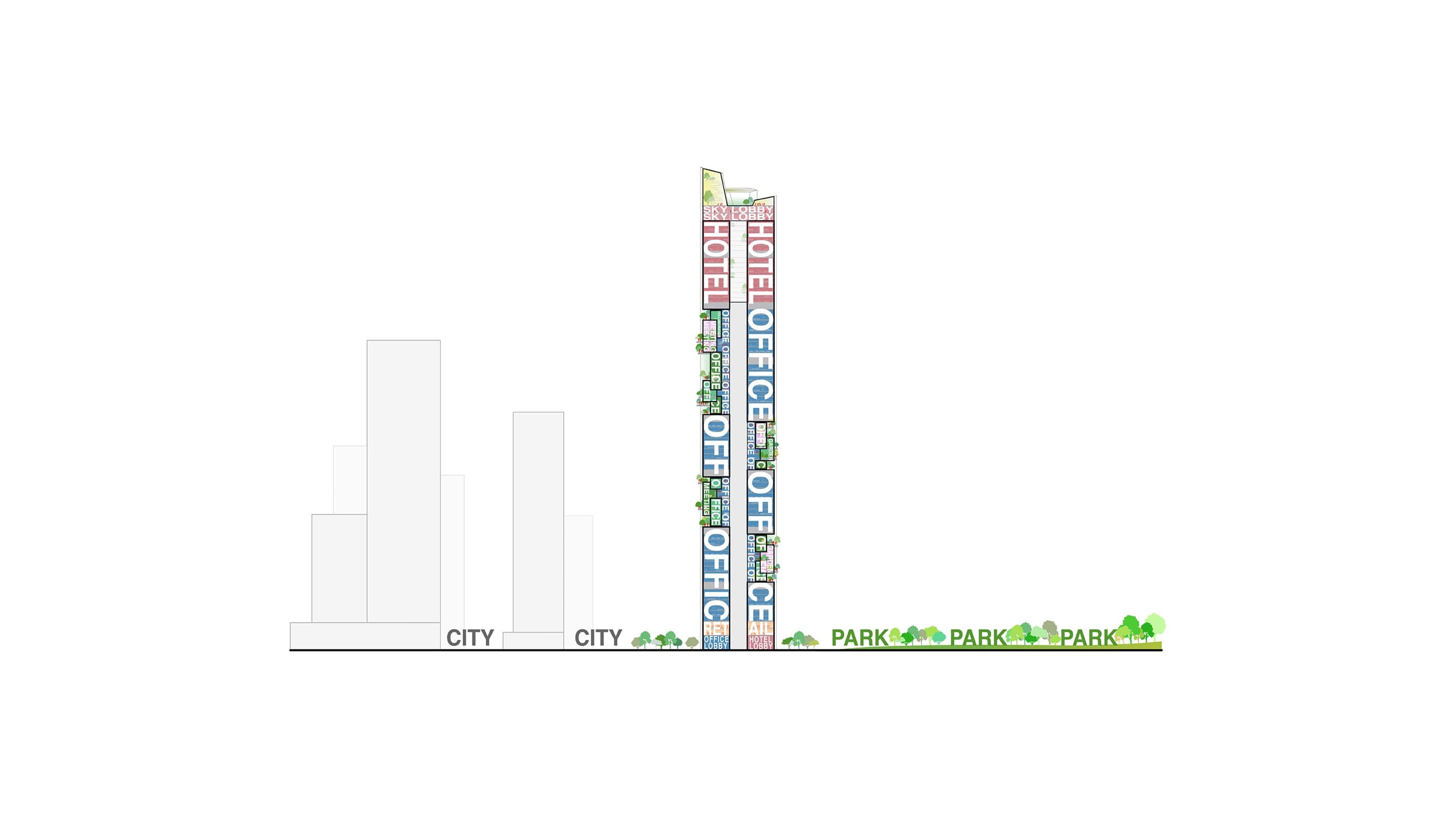 Nanjing, China’s former Capital of the South, is a bustling trading center located on the shores of the Yangze River and holds a pivotal position within the Yangtze River Economic Belt. It is a city with a dual core: Its historic center will be complemented by the new Jiangbei District, a contemporary urban center that integrates culture, tradition, identity, ecology, and nature with the spirit of innovation. Ole Scheeren’s Nanjing Nexus was chosen as the winning scheme by an international jury highlighting the design’s qualities in creating a future landmark of the city through a relationship between local culture, landscape, and the river.

Fusing History and Tradition with an Integrated and Radically Contemporary Architecture
The architectural form of Nanjing Nexus departs from the typical rectangular tower by trimming its shaft into an octagon and carving each facet into a concave bay, harnessing the energy of the context, and embracing the surrounding city. The eight bays are horizontally split and vertically shifted to create offsets and form a skyline, with large Urban Windows opening up to accommodate diverse programs and communicate the activity of the building to the city. Ole Scheeren creates a dialogue between the small scale of a historic village and the large scale of the vertical, contemporary city, uniting them by converging history and modernity in a new whole.

Abundant vegetation further transforms the Urban Windows into vertical gardens, a contemporary interpretation of the garden culture and pavilions of the Jiangsu province. The integration of specific typologies of landscape in the tower serves sustainability strategies on multiple levels: ecological, social but also historical.

The concave surfaces of the three-dimensionally textured facade are designed to optimize the building’s solar performance and reduce structural wind loads, while reflecting light in reminiscence of the sparkles and ripples of the Yangtze River’s waves.

Nanjing Nexus presents an elegantly simple, economical, and adaptable design that can be further translated to multiple scales and functions. It’s immediate neighbor, a 100-meter-tall satellite tower, is conceived as an adaptation of the octagonal figure to create a small-scale version of the super-tall tower. Together, they form a new landmark in Jiangbei’s future district of Nanjing.