Büro Ole Scheeren has a global team of one hundred architects, designers and collaborators working together across its multiple offices worldwide. 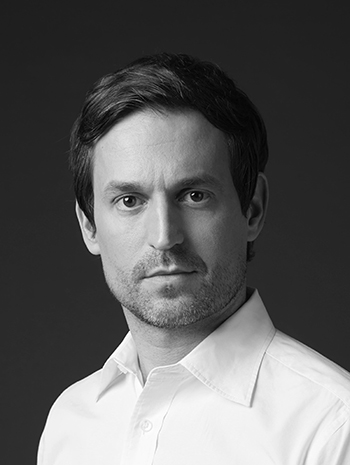 Ole Scheeren is a German-born architect and principal of Büro Ole Scheeren. His landmark projects shape the way we interact with our cities and generate new social narratives through a bold vision of architecture as highly connective and integrative environments.

Ole is Büro Ole Scheeren’s chief designer and responsible for steering the company’s business, creative vision and strategic development. His projects have won numerous awards, including the CTBUH Urban Habitat Award 2021 for DUO in Singapore, the World Building of the Year Award 2015 for The Interlace in Singapore, as well as the CTBUH Best Tall Building Worldwide Award 2013 for the CCTV Headquarters in Beijing.

Highlighting the need for transformative solutions to the challenges facing contemporary society, Ole Scheeren’s architecture is characterized by a 25 year commitment to grounding his creative vision in highly successful realized projects, including the completion of three major developments in 2018: the 314m tall MahaNakhon skyscraper in Bangkok, the large-scale DUO mixed-use towers in Singapore, and the Guardian Art Center in the historic center of Beijing.

Ole Scheeren’s ongoing work includes the 398m Empire City Towers Complex in Ho Chi Minh City, ‘Fifteen Fifteen by Ole Scheeren’, a branded high-end residential tower in Vancouver, the Riverpark Tower in Frankfurt, the Abaca Mactan Resort in the Philippines, and the new Headquarters for ZTE, one of China’s biggest tech giants in Shenzhen, amongst many others.

Büro Ole Scheeren’s large-scale projects are complemented by Scheeren’s independent collaborations with filmmakers and artists, as well as research projects exploring his personal interest in cinema, media and narrative space. He created Archipelago Cinema (2012), a floating auditorium in the Andaman Sea for Thailand’s Film on the Rocks festival (also featured at the 2012 Architecture Biennale in Venice, Italy), and Mirage City Cinema (2013) for the Sharjah Art Foundation, paying homage to the Gulf city’s historic architecture.

Prior to founding Büro Ole Scheeren, Scheeren was director and partner at OMA, where he was responsible for the practice’s expansion into Asia as well as its work for Prada, with flagship stores in New York (2001) and Los Angeles (2004). Scheeren was also the partner-in-charge of the design and execution of the CCTV Headquarters for China’s national broadcaster in Beijing (2010). Subverting the traditional typology of the skyscraper, this monumental building challenges architectural convention and creates a giant loop of interconnected activities of people and the city.

Alongside his architectural work, Scheeren has created exhibition designs for New York’s Museum of Modern Art and London’s Hayward Gallery, contributed to triennials in Beijing and Milan, and participated in the Rotterdam Film Festival. He has been a TED speaker and regularly lectures at international institutions and conferences, as well as serving on juries for architectural awards and competitions.

Having lived and worked across Europe, the United States and Asia, Ole Scheeren was educated at the universities of Karlsruhe and Lausanne, and completed his studies at London’s Architectural Association. He was awarded the RIBA Silver Medal – the most prestigious European prize in architecture education. 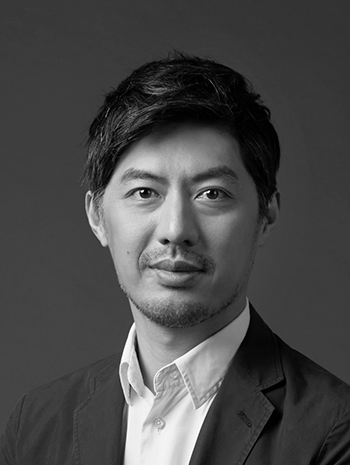 Dan Cheong is Partner at Büro Ole Scheeren and has been with the company since its inception in 2010. At Buro-OS, Dan is leading the Beijing office and manages many of the ongoing projects in China.

Dan has been collaborating with Ole Scheeren since 2005 on a long list of projects across a wide range of scales and programs, including the Guardian Art Center in Beijing, DUO, a large-scale mixed-use urban development in Singapore, and the 314m MahaNakhon Tower in Bangkok, which were all completed in 2018.

Prior to Buro-OS, Dan has been working with Ole Scheeren at OMA Beijing on projects such as the Beijing Books Building, The Interlace and The Scotts Tower in Singapore. Previously, he also worked as an architect at Hanrahan Meyers Architects in New York City.

Cheong holds a Bachelor of Science from the University of Michigan, and a Master of Architecture with Distinction from Harvard University.

Emma Aulanko is Head of Administration at Büro Ole Scheeren and part of Buro-OS senior management team. She joined the company in 2016 and has worked in a variety of managerial and administrative roles, including internal and external communication. Emma works globally in close collaboration with the Partners and all Buro-OS offices.

Before joining Buro-OS, Emma Aulanko headed the arts and culture program of the Finnish Institute in Germany, where she initiated and coordinated international projects with multiple partners, including touring architecture exhibitions and programs, city planning, urban development and livable cities. Emma also has several years of experience in PR, Marketing and Cultural Sponsoring in Berlin and Helsinki. 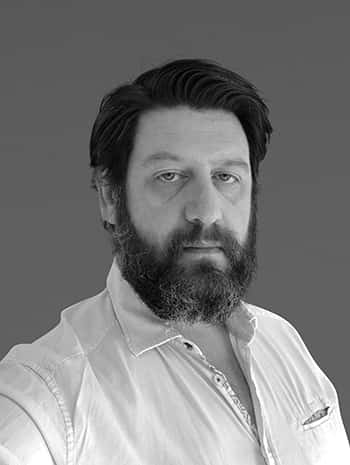 Stefano Baroffio has over two decades of international Business Development experience in Europe, Middle East, China and beyond. He is contracted to work in close collaboration with the Buro-OS Partners on new projects selection, risk analysis, feasibility assessment, and contracts management.

Stefano was Head of Commercial for Heatherwick Studio in London and spent over 6 years as worldwide Head of Business Development for OMA in Rotterdam.

Stefano also worked for a large Italian Engineering and Architectural company and had several managerial roles in the realm of built environment advisory, technical due diligence and contract management for various Asset and Facility Management companies in Italy. 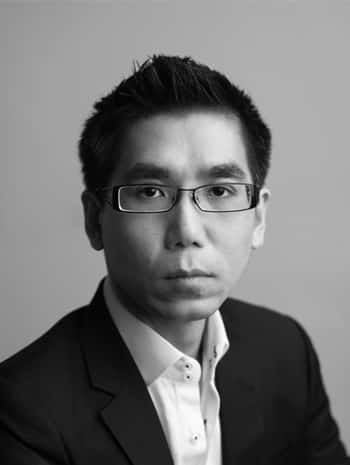 Chris Chan is Senior Associate and Project Director at Büro Ole Scheeren. Since joining Buro-OS, he is heading the team at Buro-OS Hong Kong and closely collaborating with Ole Scheeren and Dan Cheong on numerous large-scale projects in China and beyond.

Prior to joining Buro-OS, Chris worked for Benoy where he was principal architect of several high-rise and mixed-use projects. He also worked as design leader for Lab Architecture Studio in Melbourne.

Having led prestigious projects throughout Australia, the Middle-East and China, Chris’s portfolio includes master-planning, super high-rise, hospitality, commercial offices, museum, retail and residential, and his work has contributed to a number of significant landmark developments.

Chris is a registered architect in Australia and was educated in both Hong Kong and Melbourne. His projects have been exhibited in Hong Kong & Shenzhen Bi-City Biennale of Urbanism in 2008 and 2019. Chris was also recognized as one of the Australia’s Top 40 Design Graduates by Monument magazine in year 2005. 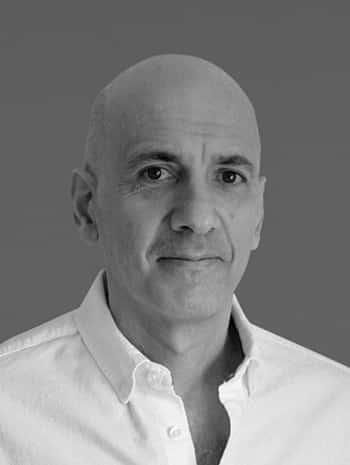 Garin is Senior Associate at Büro Ole Scheeren and heading the team of Buro-OS London. Garin has extensive experience in managing complex large-scale projects across Asia, Europe and the Middle East and is closely collaborating with Ole Scheeren and the Buro-OS senior leadership on multiple projects.

Prior to joining Buro-OS, Garin was Senior Associate at Zaha Hadid Architects and was in charge of several large-scale projects in China, Saudi Arabia, UAE and Europe from design through construction.

Garin previously worked at Benoy in London and furthermore executed several private commissions, including residential schemes in Iran, Spain and the UK, as well as the design for the ‘Treasures of the Ark’ exhibition at the British Library in London.

Garin graduated at the Architectural Association School of Architecture AA in London in 1996. 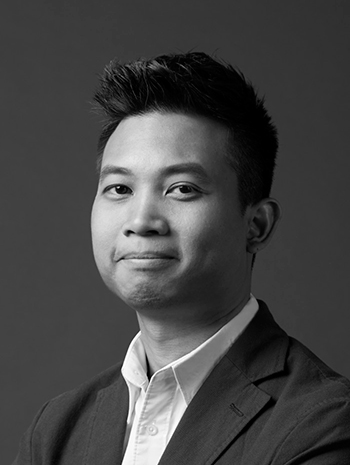 Dave Jaturon Kingminghae joined Büro Ole Scheeren in 2012 and is Managing Director of Buro-OS Thailand. He is focused on Buro-OS expanding work in Thailand and South-East Asia. As part of the Büro Ole Scheeren Group, Dave has collaborated on several large-scale projects, including the design and construction of the 314m MahaNakhon Tower in Bangkok, completed in 2018.

After graduating from Chulalongkorn University with awards from the Association of Siamese Architects, Dave worked at DBALP in Bangkok on multiple hotel and residential projects, and at Atkins China on large-scale urban design and mixed-use developments.

Dave is a visiting critic for the International Program in Design and Architecture at Chulalongkorn University and a registered architect in Thailand (ACT, ASA) since 2005. 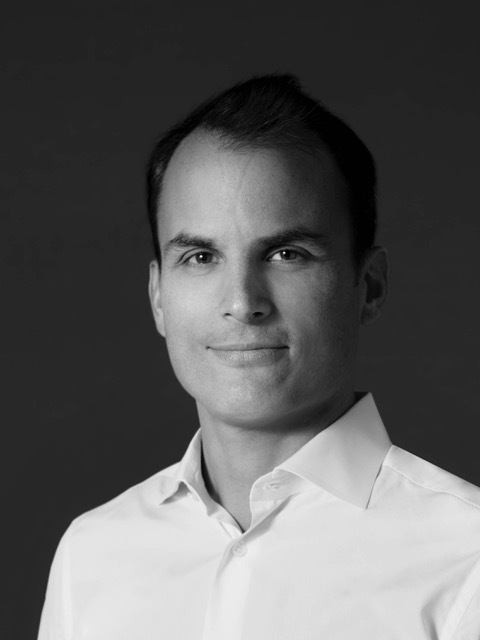 David Moore is Executive Vice President of OS Development and a Licensed Architect in the State of New York. He has overseen all projects of the company and managed OS Development together with Ole Scheeren since its inception in 2016.

For OS Development, David has overseen multiple projects for the redevelopment and brand expansion of Dean & DeLuca, including Dean & DeLuca Stage, a new sub-brand within the company created for global expansion of a novel food retail concept.

Additionally, for the Büro Ole Scheeren Group, David has collaborated on several large projects across the USA, Asia and Middle East.

Prior to OS Development, David was a Director at Gardiner & Theobald, a large project and cost management firm in New York. David has previously worked in multiple development and management positions in the design and construction industry, including for Ian Schrager, Hospitality 3 Developers, Prada and JT Magen Construction Managers. He also worked as designer for architecture firm OMA, where he collaborated with Ole Scheeren on the flagship stores for Prada in New York and Beverly Hills.

David has a Bachelor of Arts from the University of Pennsylvania and a Master of Architecture from Columbia University. 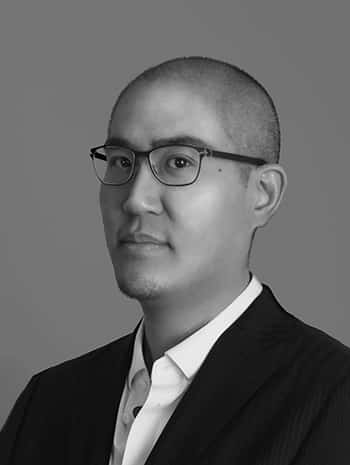 Jonathan Kan is Associate and Senior Designer at Büro Ole Scheeren. He has managed teams for multiple large-scale and high-rise projects in China and the Middle East throughout all design stages from concept to construction.

Prior to joining Buro-OS, Jonathan gained experience across a wide spectrum of project types, ranging from hi-rise mixed use and hospitality, to institutional, cultural and public spaces. He has previously worked at several international practices, including Safdie Architects, Gensler, and Santiago Calatrava, where he was involved in high-profile projects in Chicago and New York City.

Jonathan graduated with a Bachelor of Architecture from the Rhode Island School of Design and is a versatile designer with a particular focus and interest in sustainability and façades. He is a LEED accredited professional. 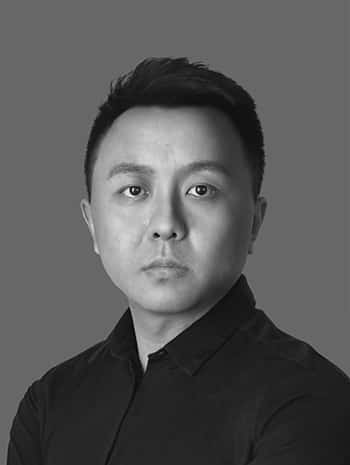 Chao Wei is Associate and Senior Designer at Büro Ole Scheeren. With over 10 years’ experience, he is currently managing several high-profile projects for Buro-OS across China.

Prior to his collaboration with Ole Scheeren, Chao Wei worked as Lead Designer at Zaha Hadid Architects in London for 7 years. He has been involved in projects of various typologies, such as super-tall buildings, hotel and apartment projects, cultural, commercial, mixed-use projects, as well as master plans and interior design. Chao Wei has also worked in Aedas Hong Kong as an Associate, where he gained experience in various commercial and mixed-use projects.

Chao holds a Master of Architecture from the University of Nottingham. 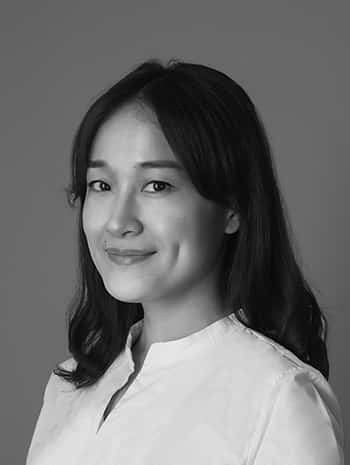 Can Liu is Associate and Senior Designer at Büro Ole Scheeren and has been collaborating with Ole Scheeren since 2014.

At Buro-OS, Can has participated in the design, development and management of multiple international and Chinese projects throughout various design stages, from concept design to design development and construction. She has worked on various types of projects including high-rise and mixed-use typologies, master planning, cultural, residential, hospitality, and interiors.

Prior to joining Buro-OS, Can worked at OMA Rotterdam on several competitions and commissions across Europe and Asia.

Can Liu holds a master degree from Delft University of Technology, the Netherlands. 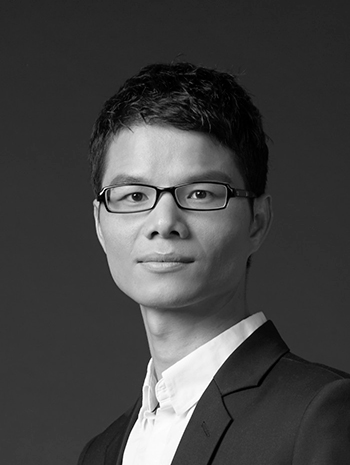 Kevin Ou is Business Development Manager at Buro-OS. He is working across multiple aspects of the office’s activities, with a specific focus on Chinese client relations. Kevin has been working with Ole Scheeren since 2005 in various roles, including Public Relations Manager and Executive Personal Assistant.

Kevin is a highly skilled translator and mediator between Western and Chinese culture. Prior to working for Ole Scheeren, he was a journalist for a leading Chinese magazine, Modern Weekly, writing and reporting on art and culture across China.

1/0
Close
By continuing to browse or by clicking “Accept” you agree to the storing of first- and third-party cookies on your device to enhance site navigation and analyse site usage. See updated Privacy Policy
Accept