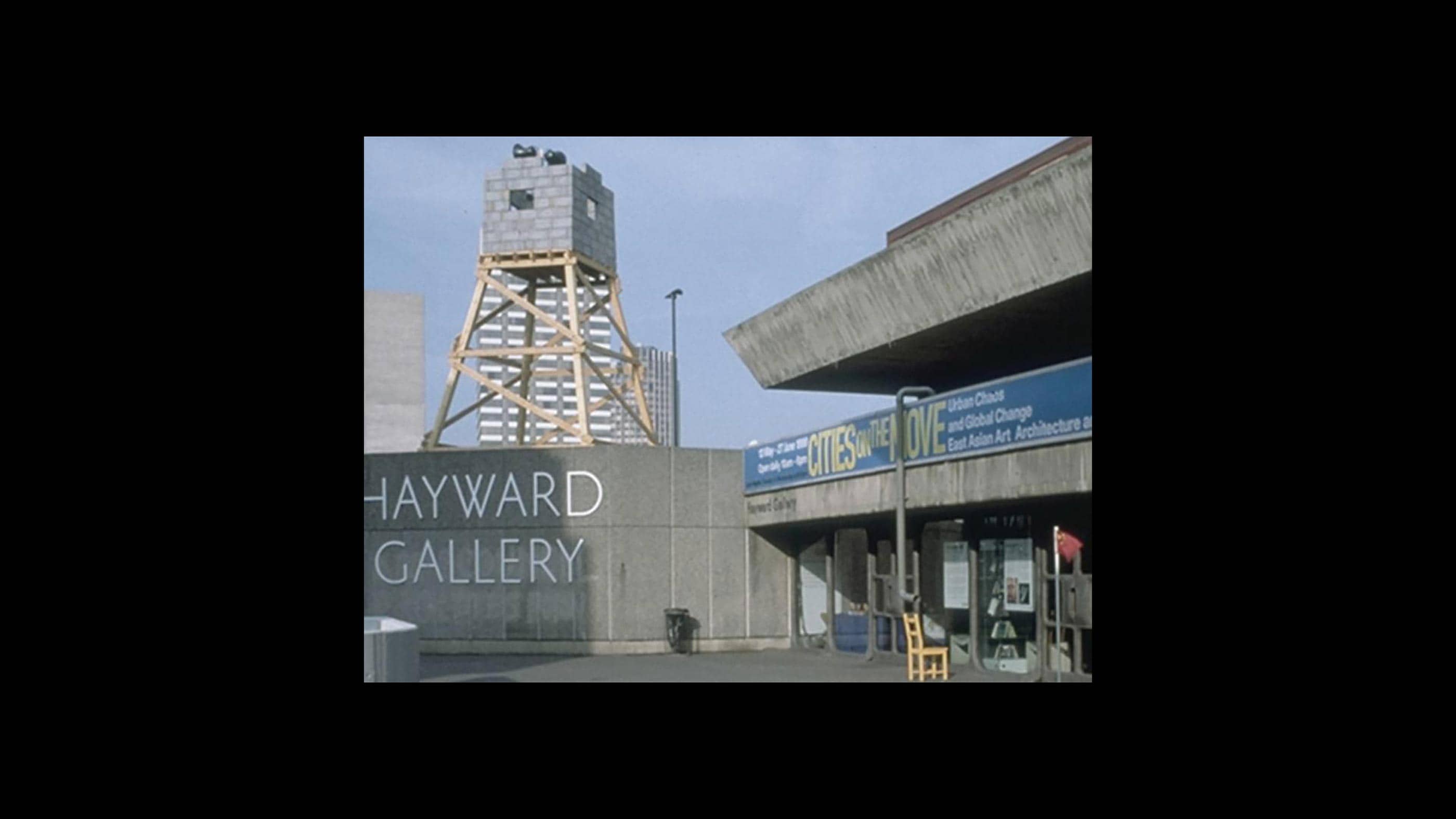 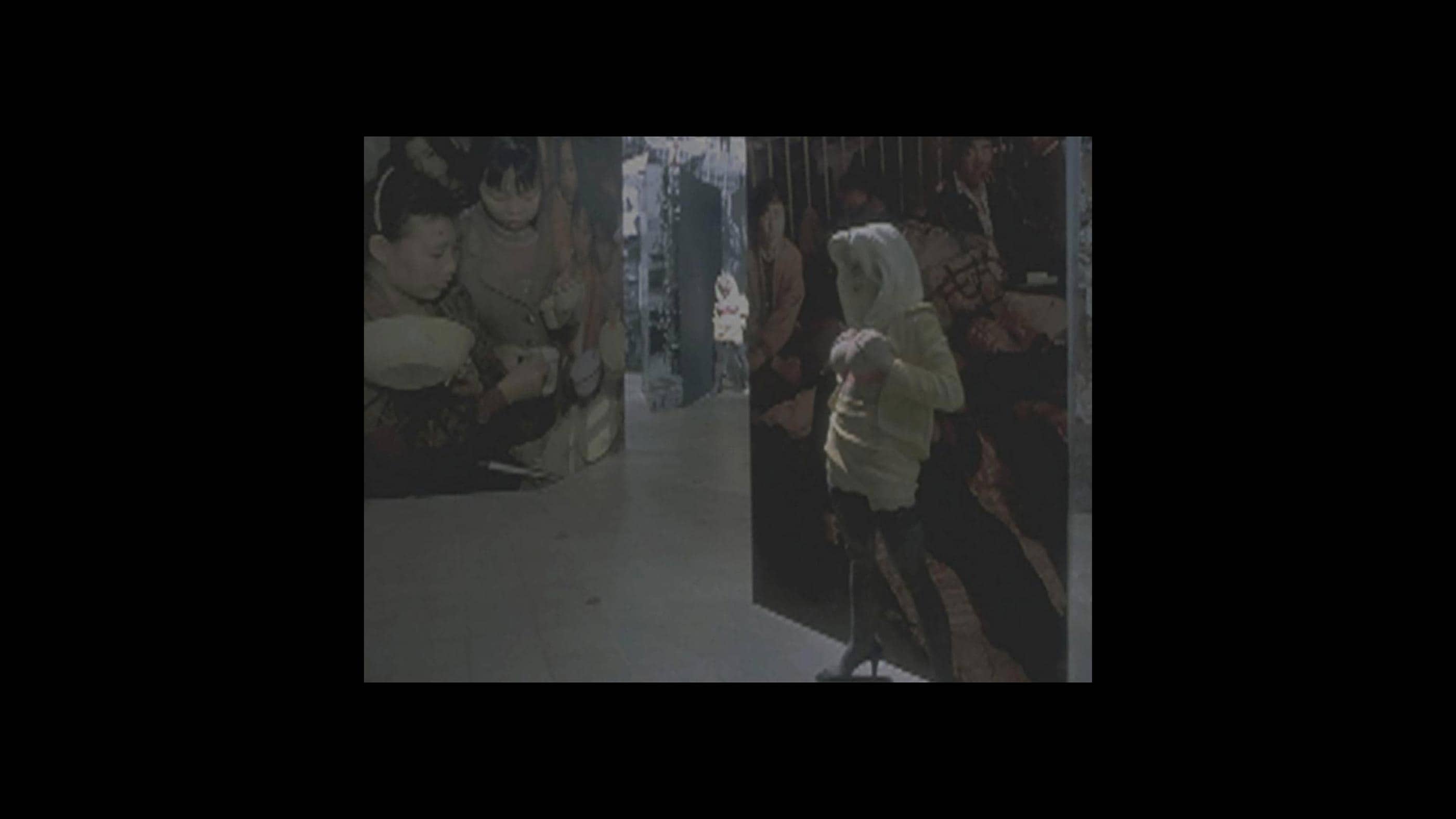 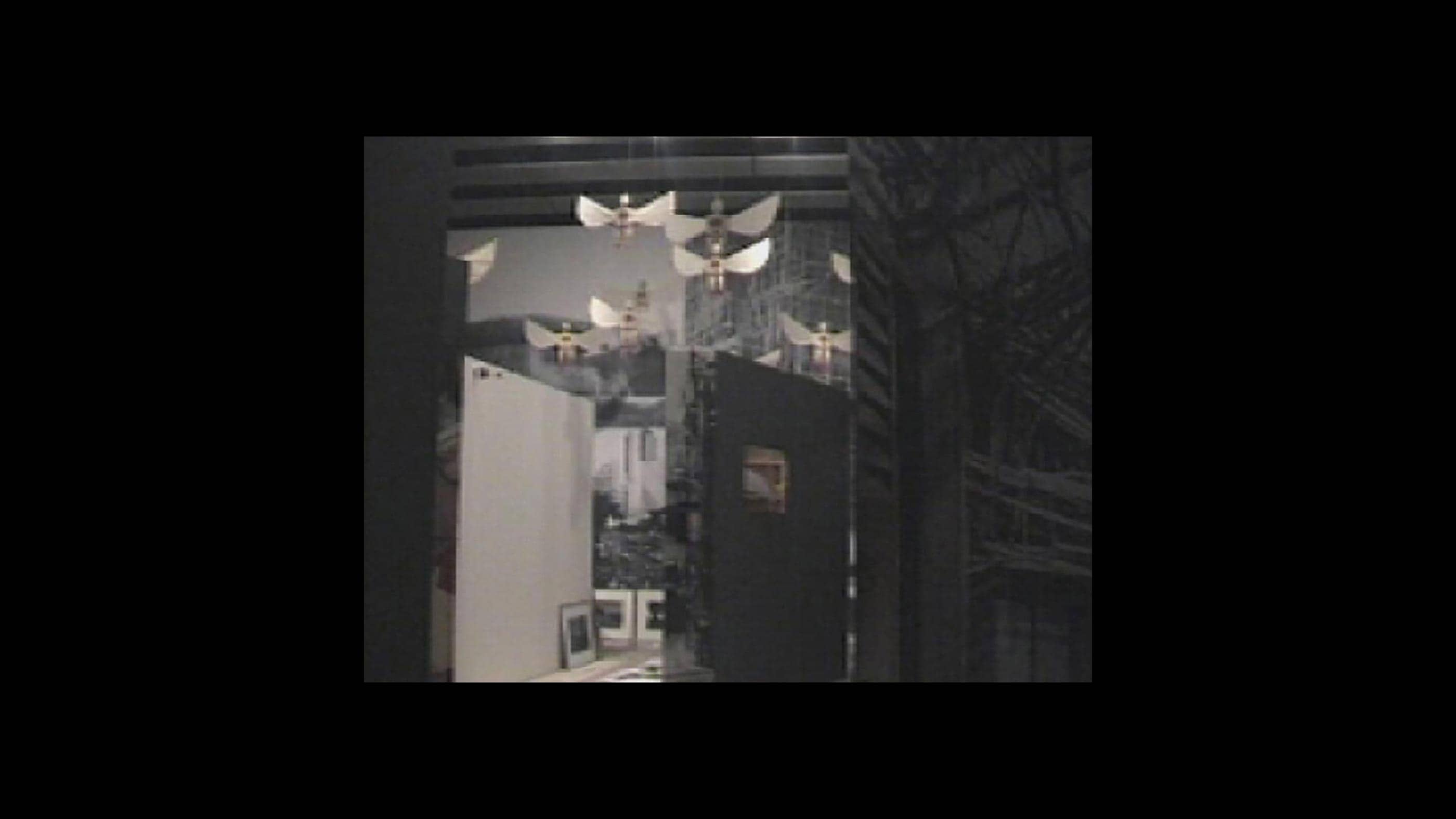 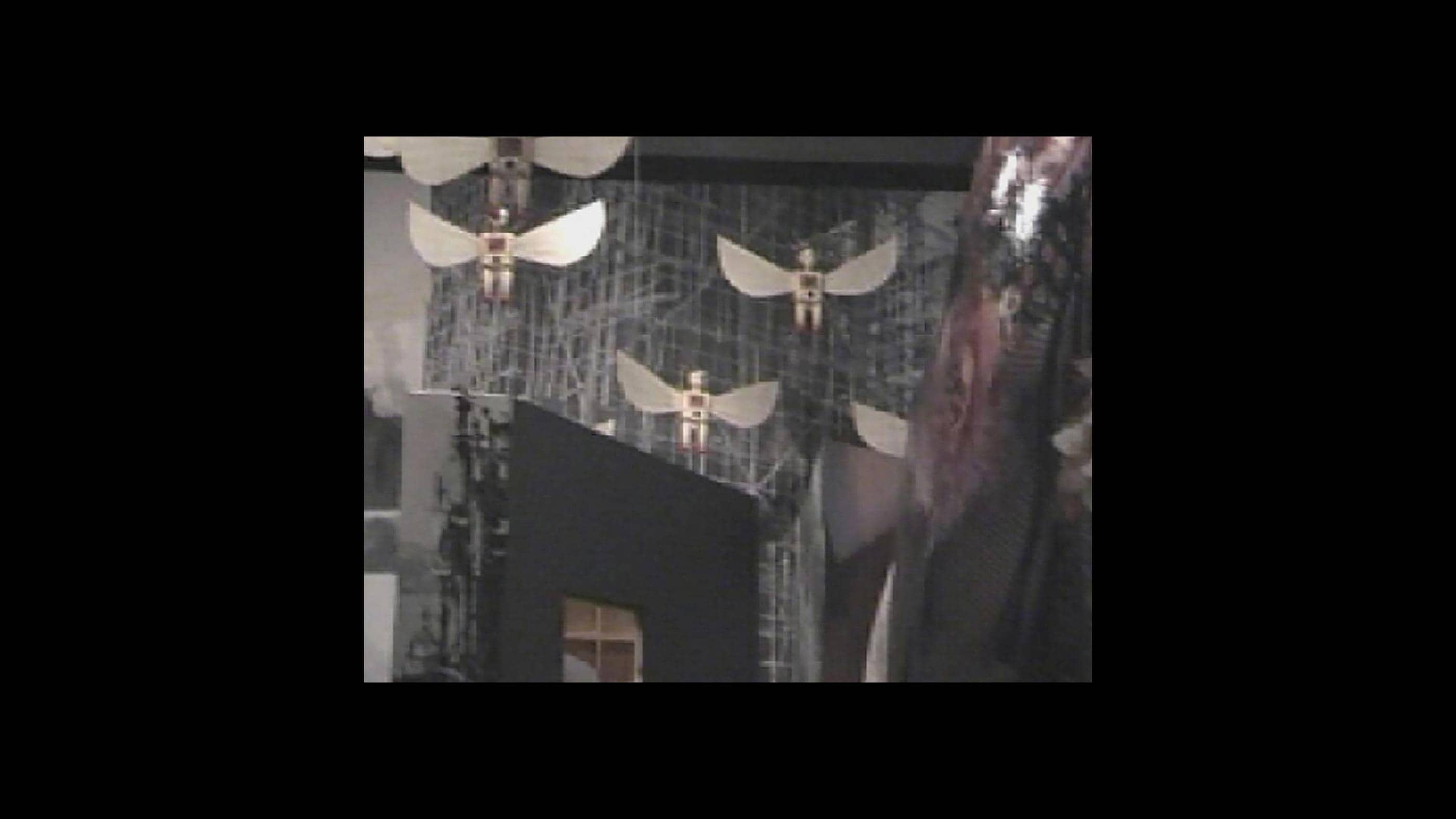 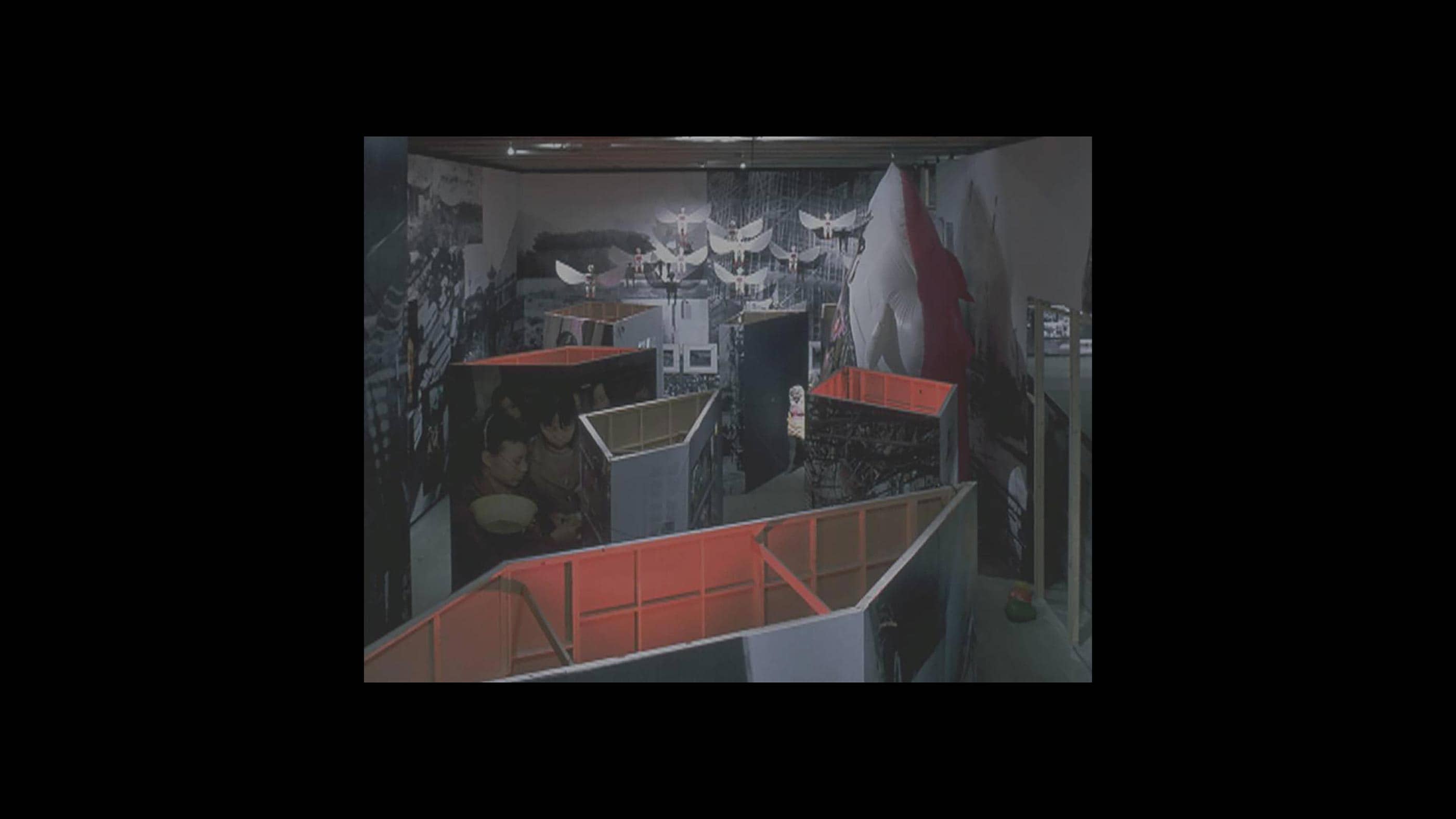 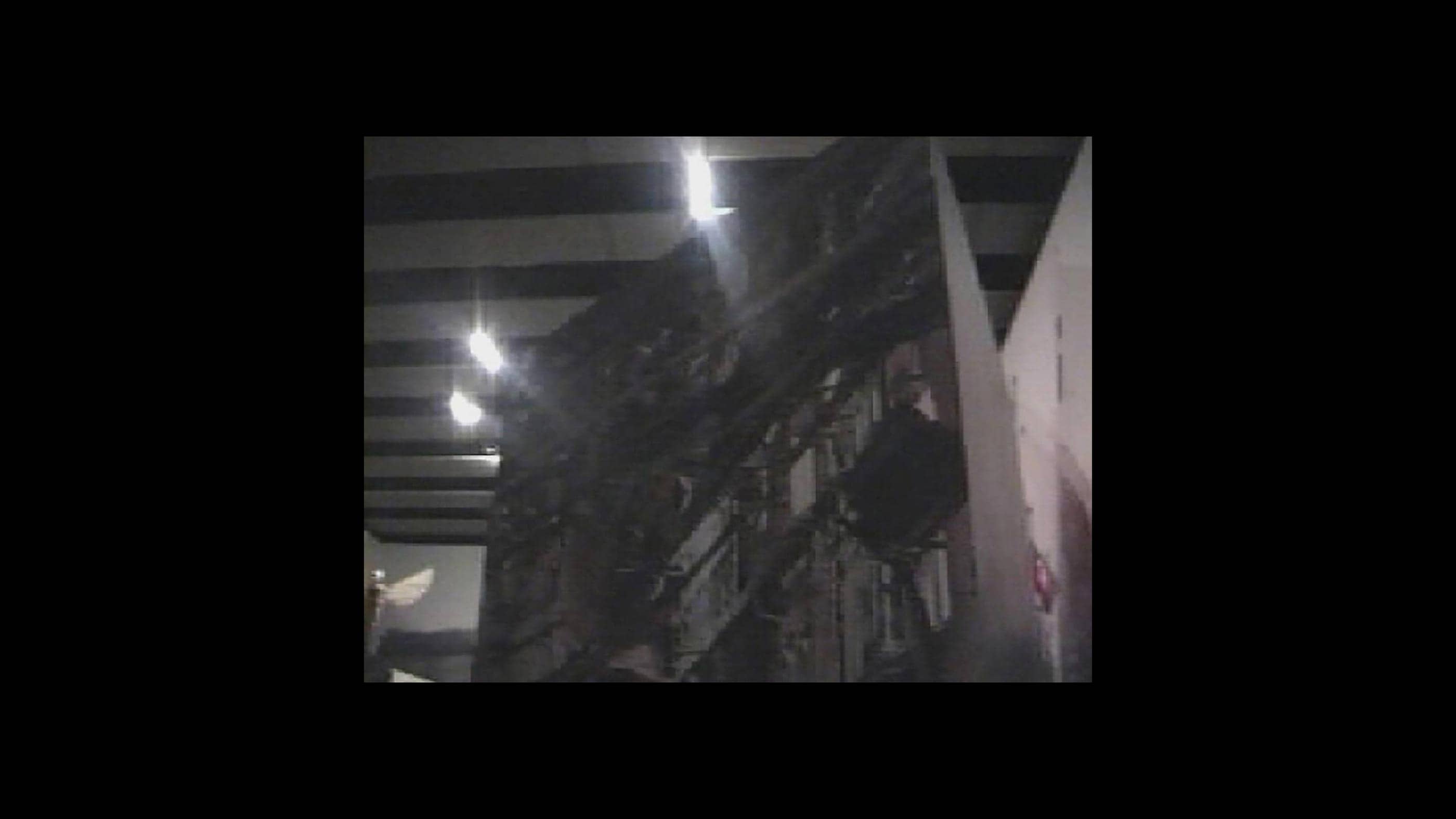 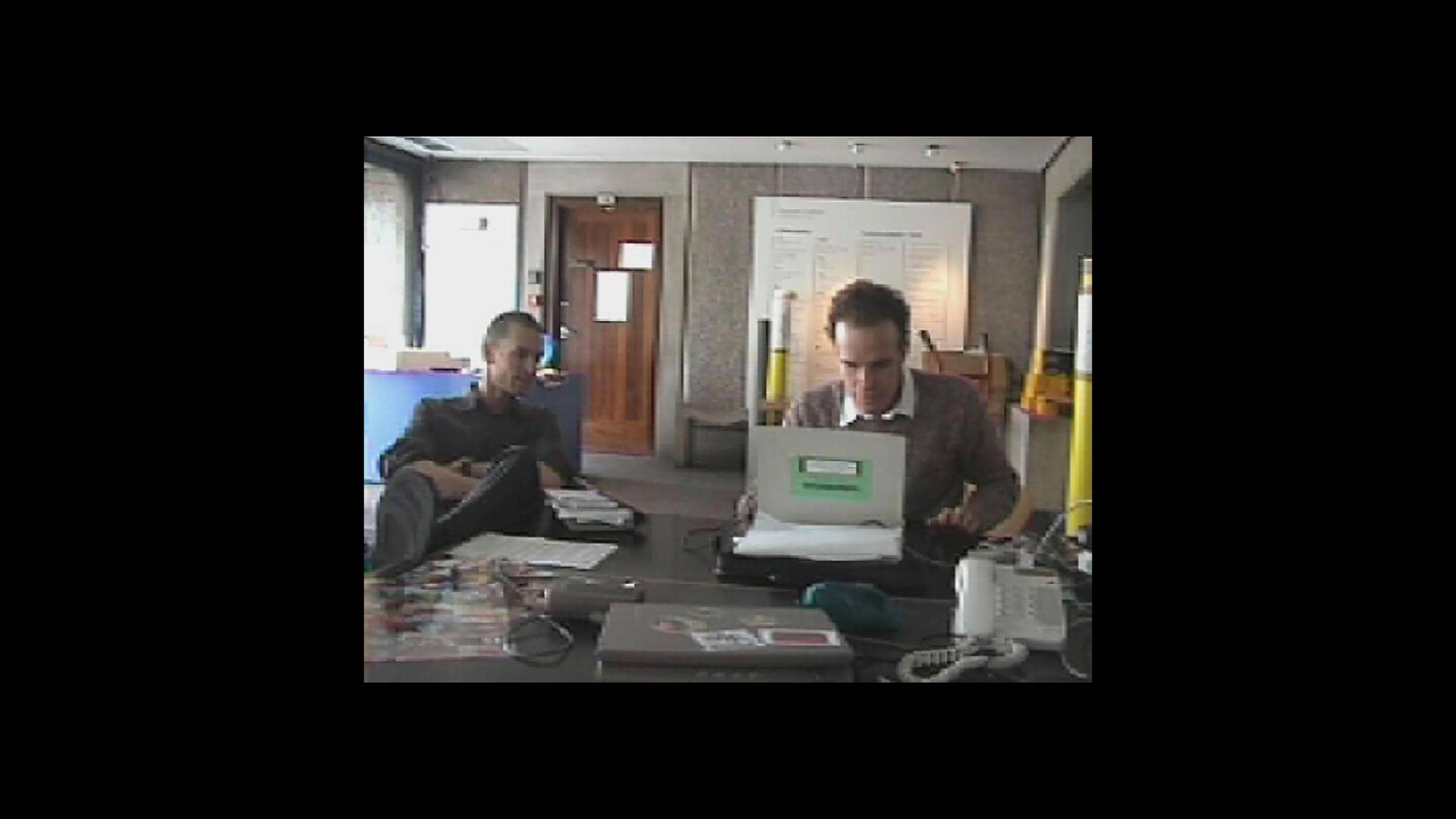 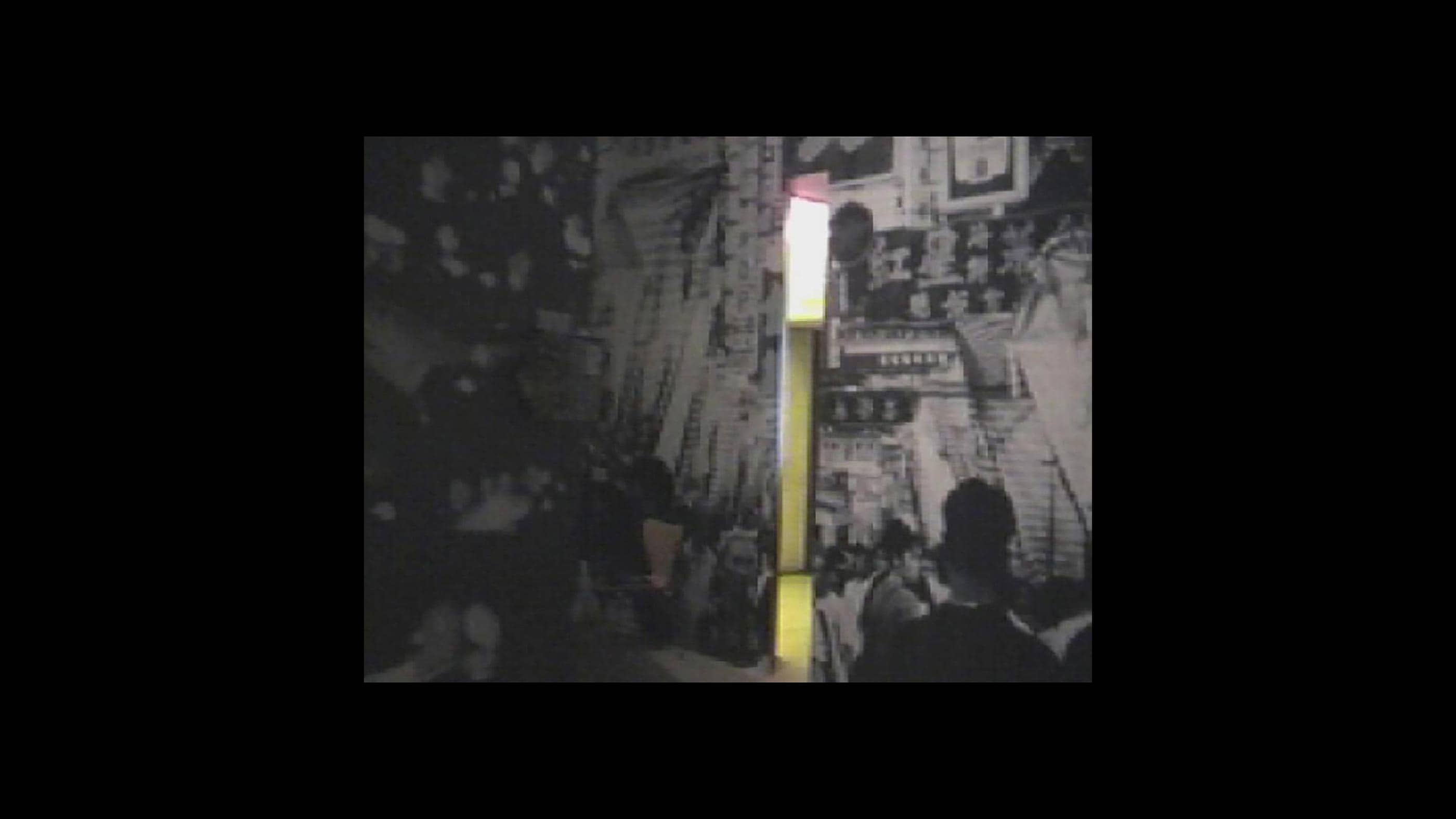 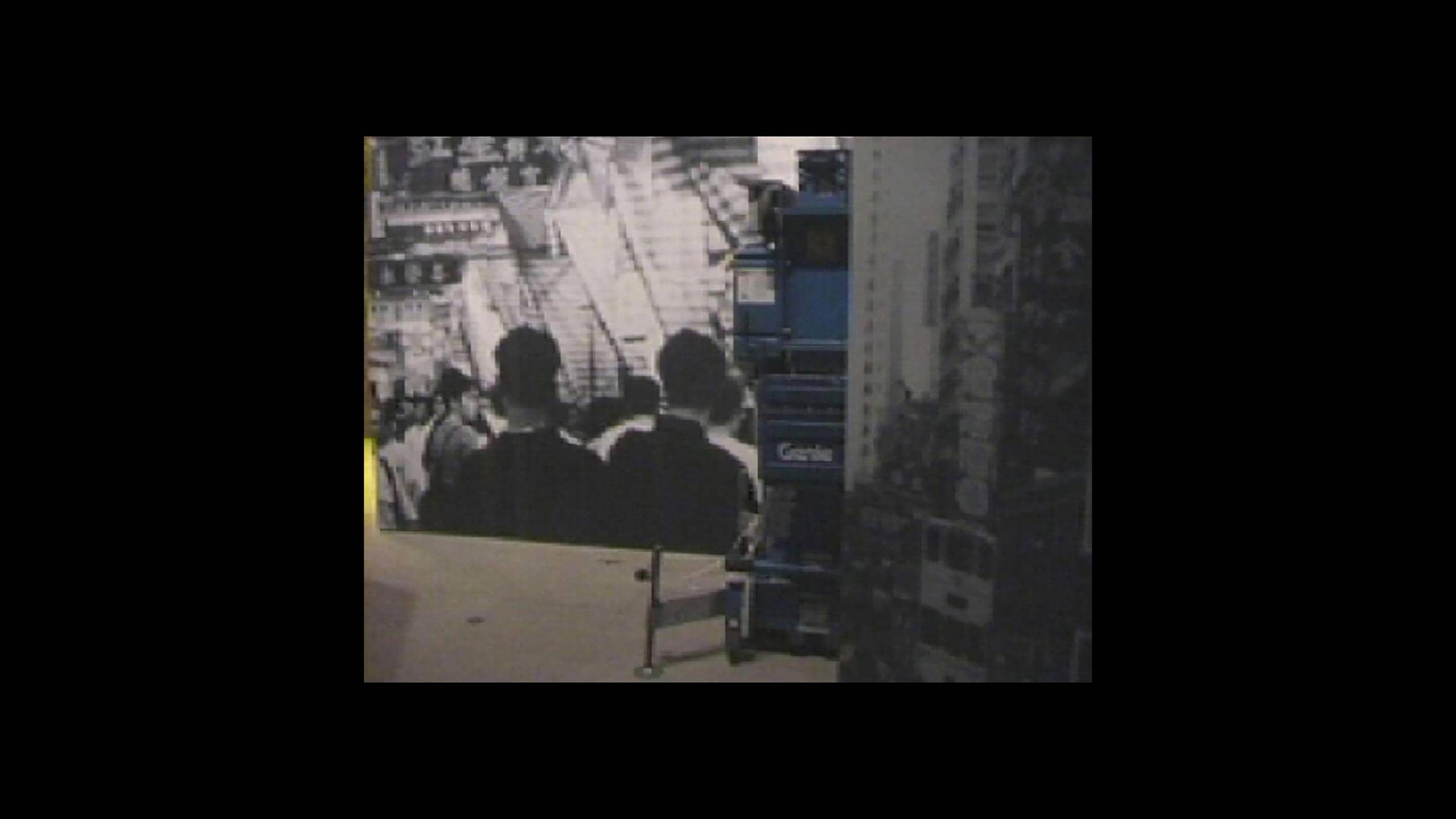 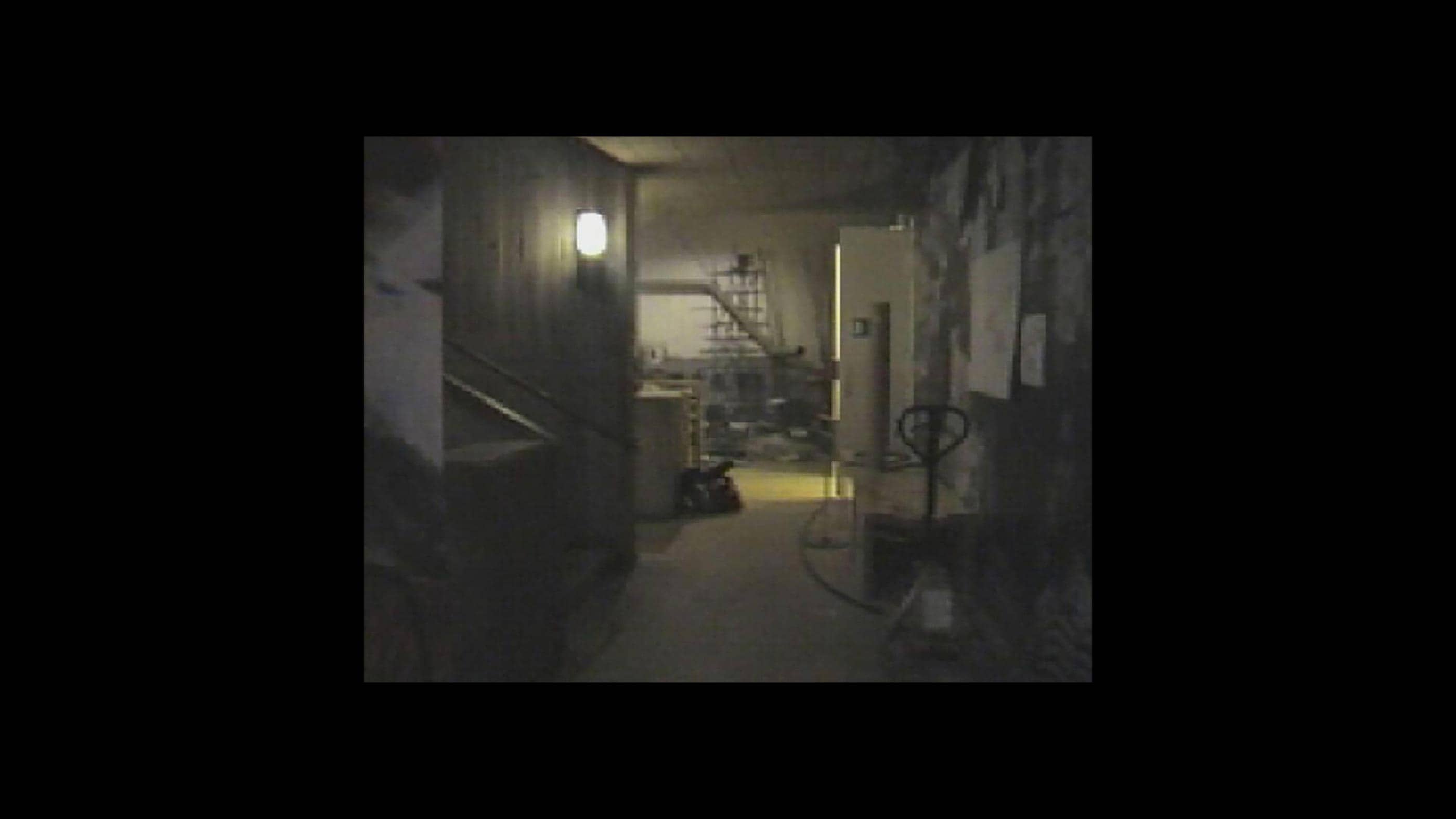 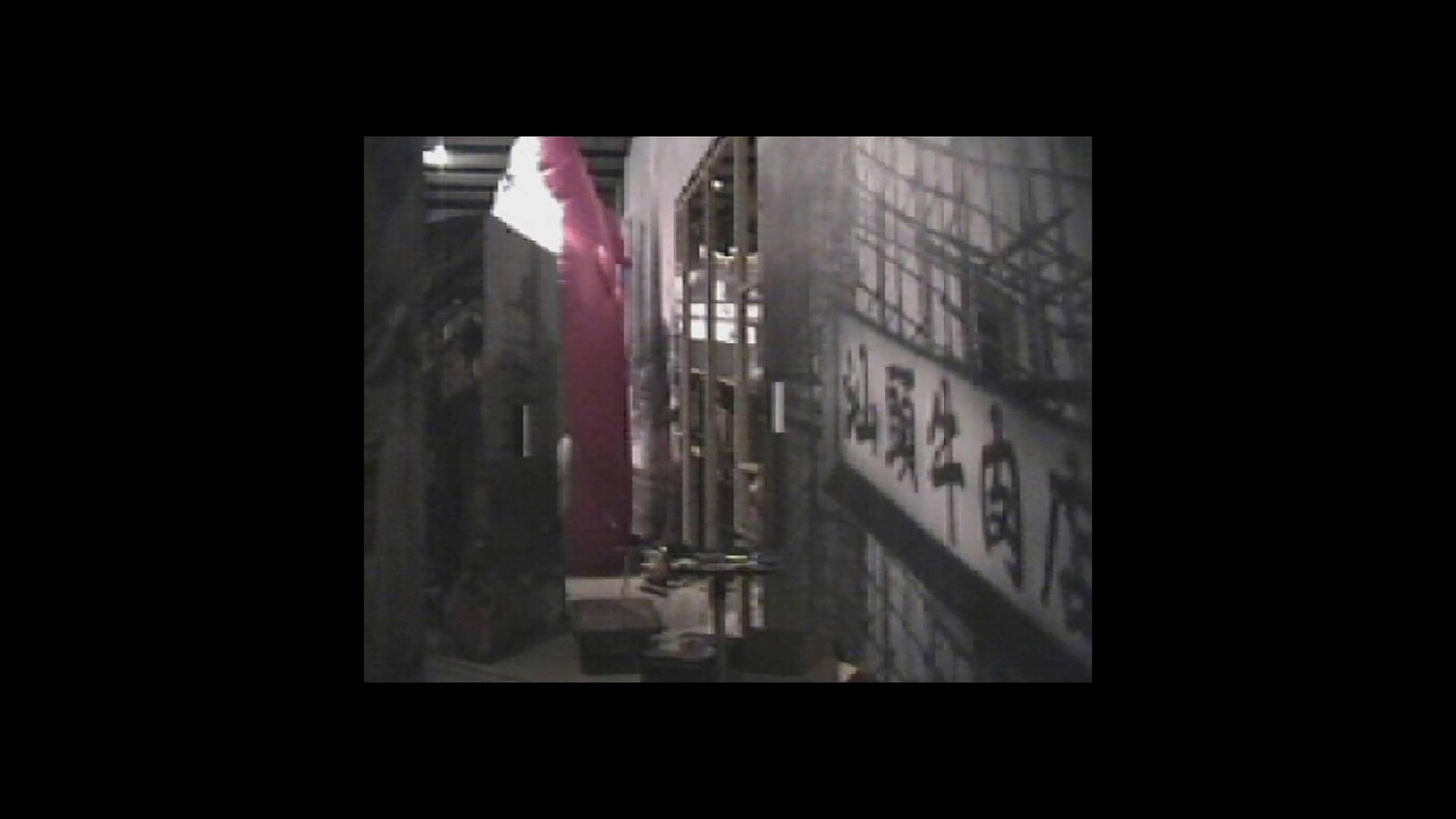 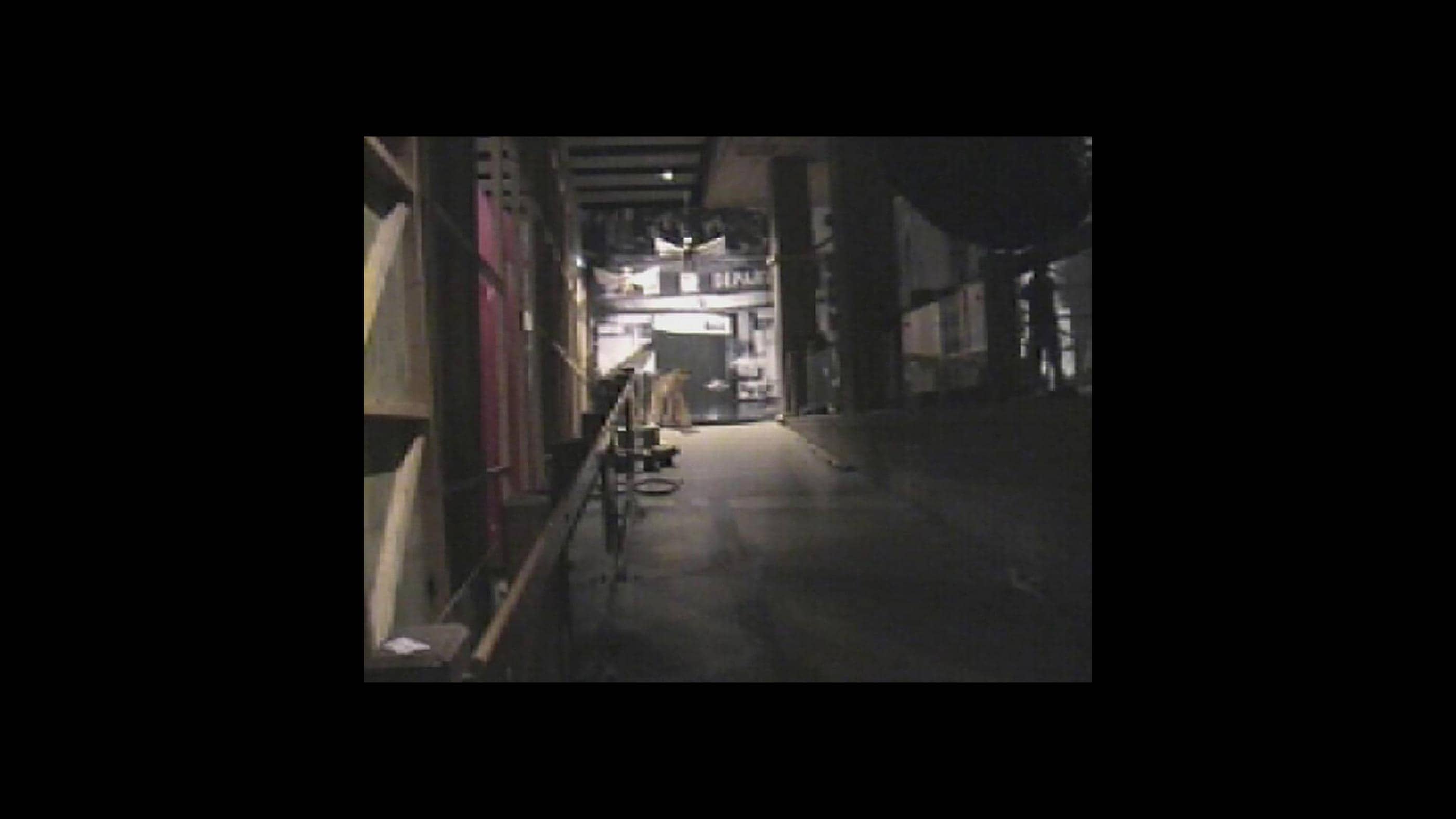 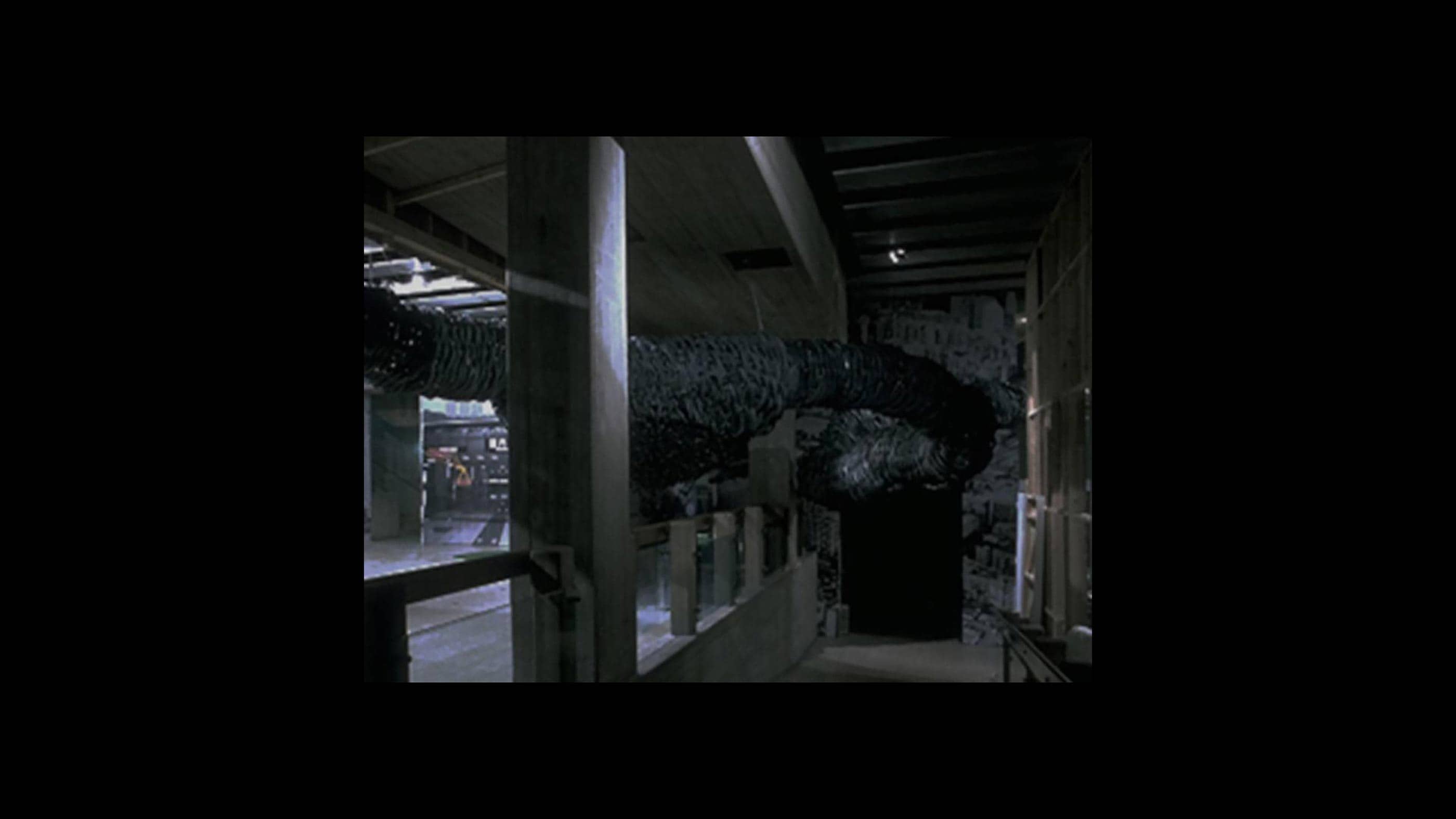 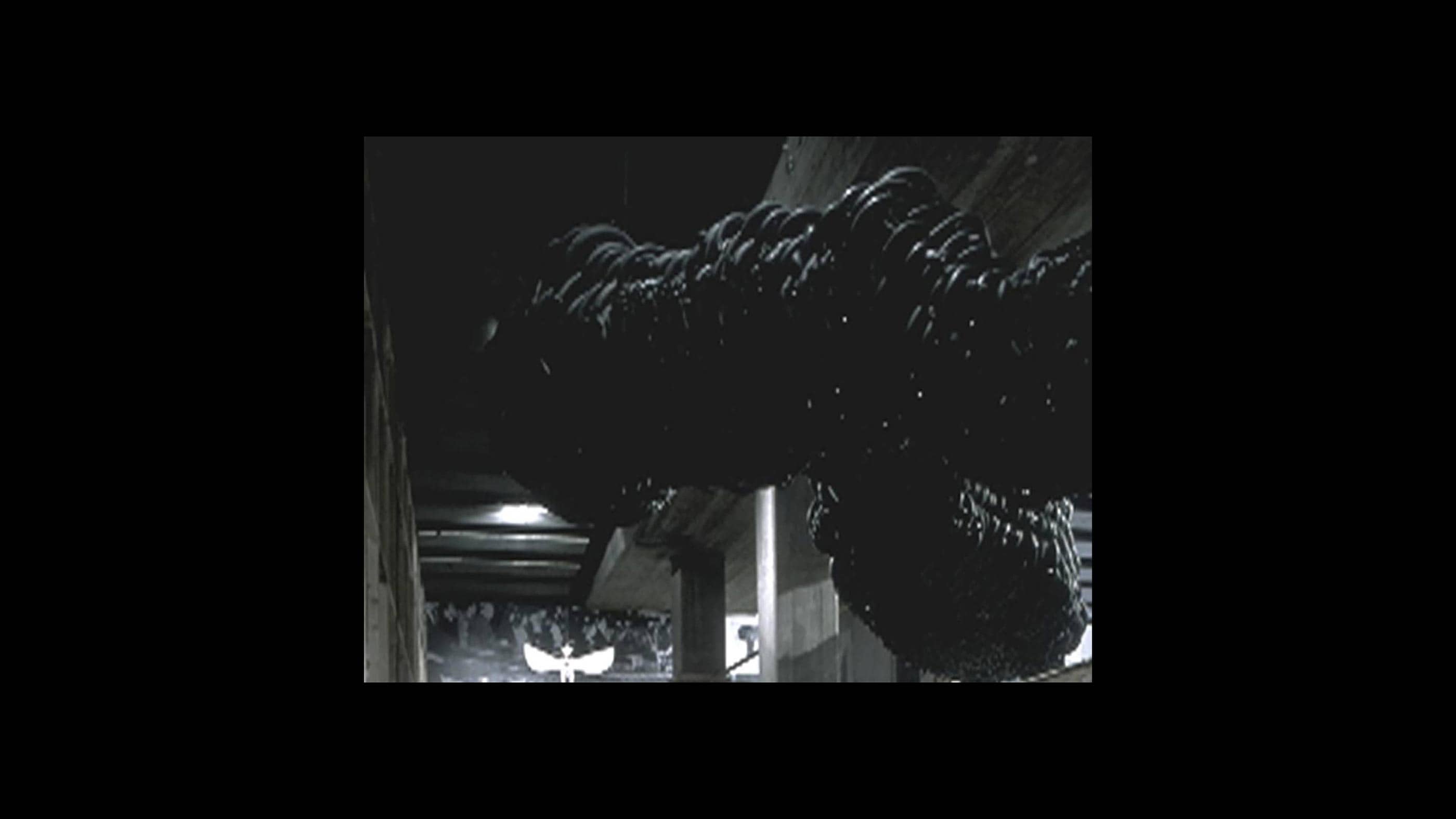 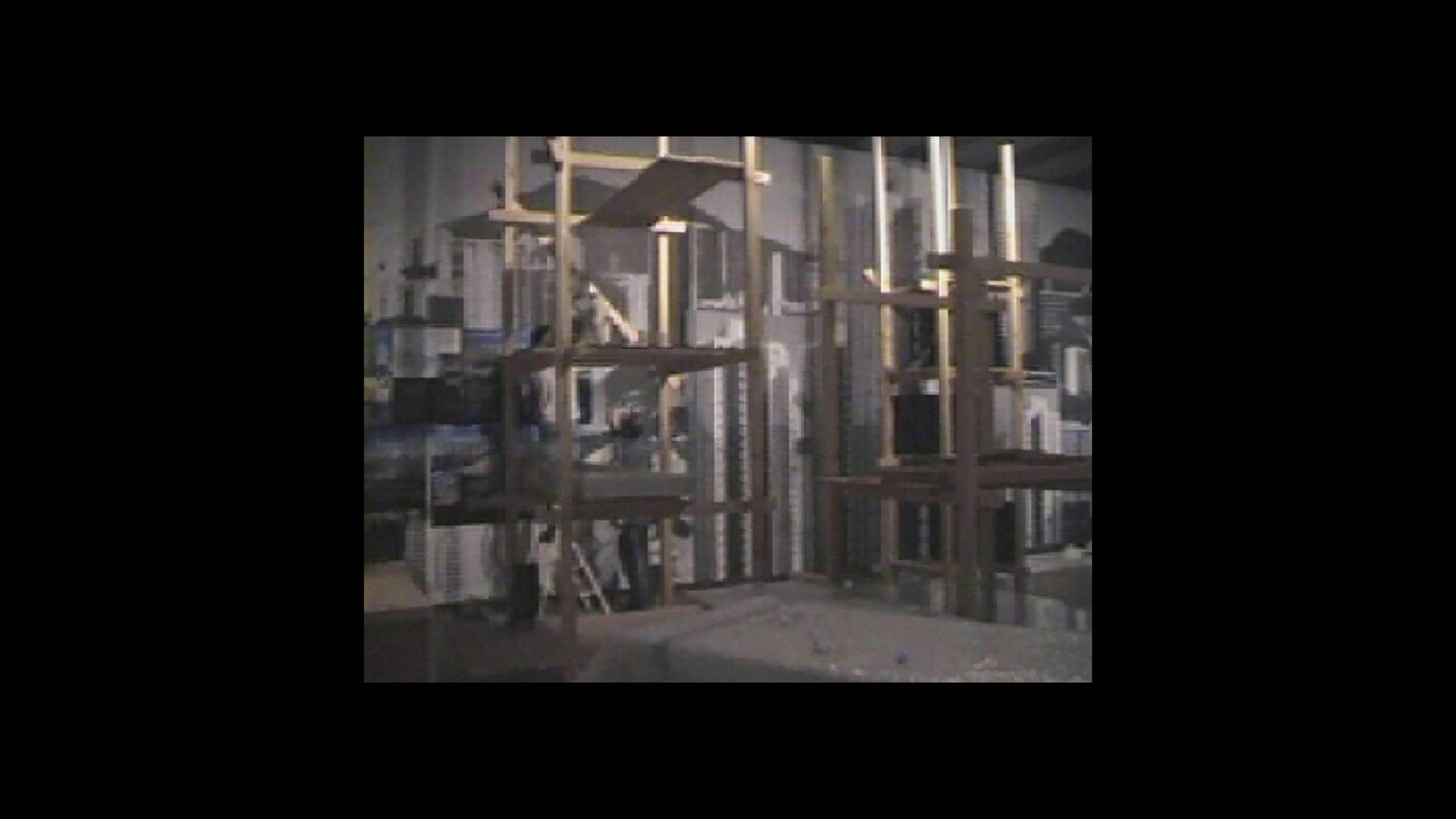 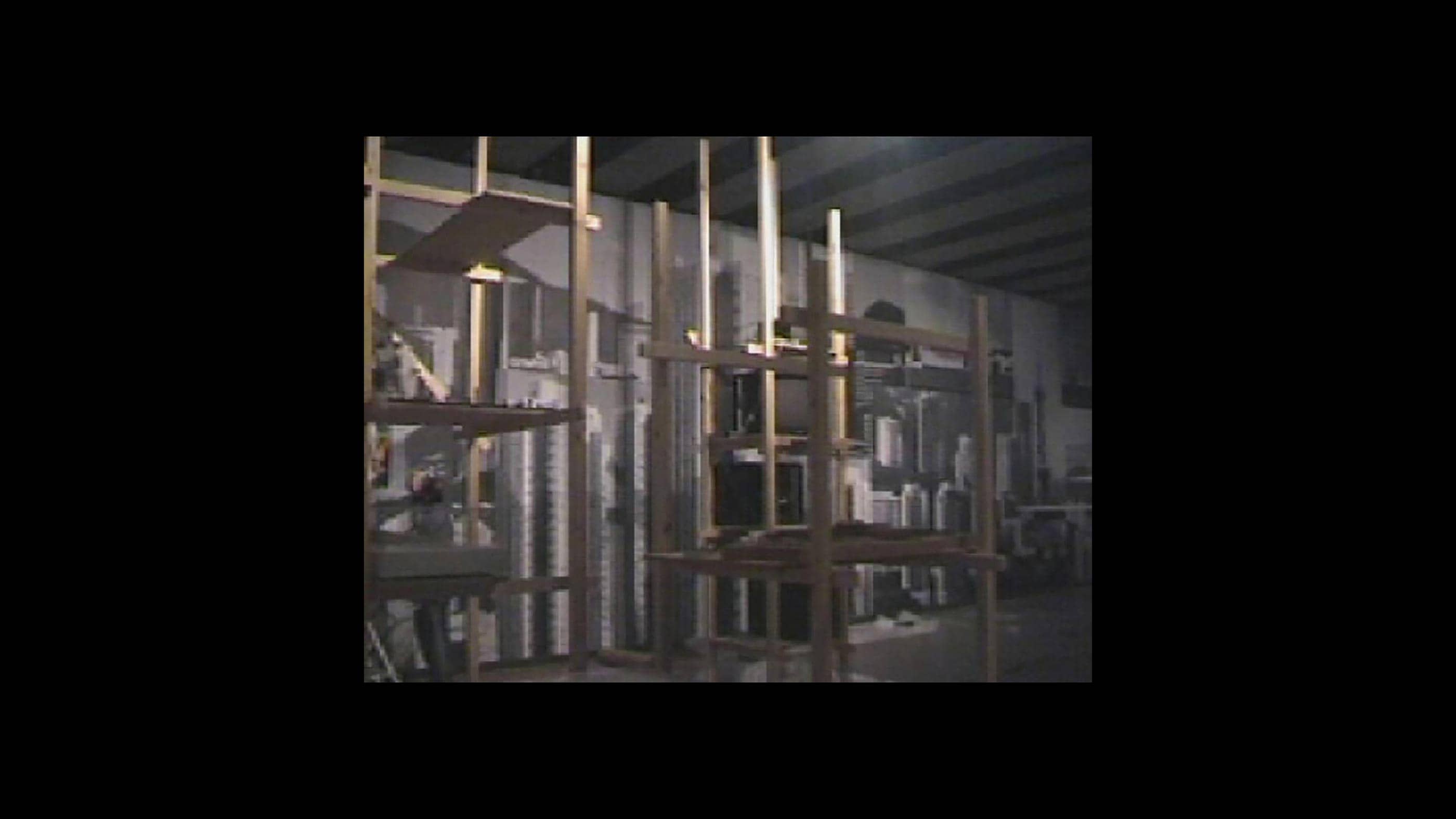 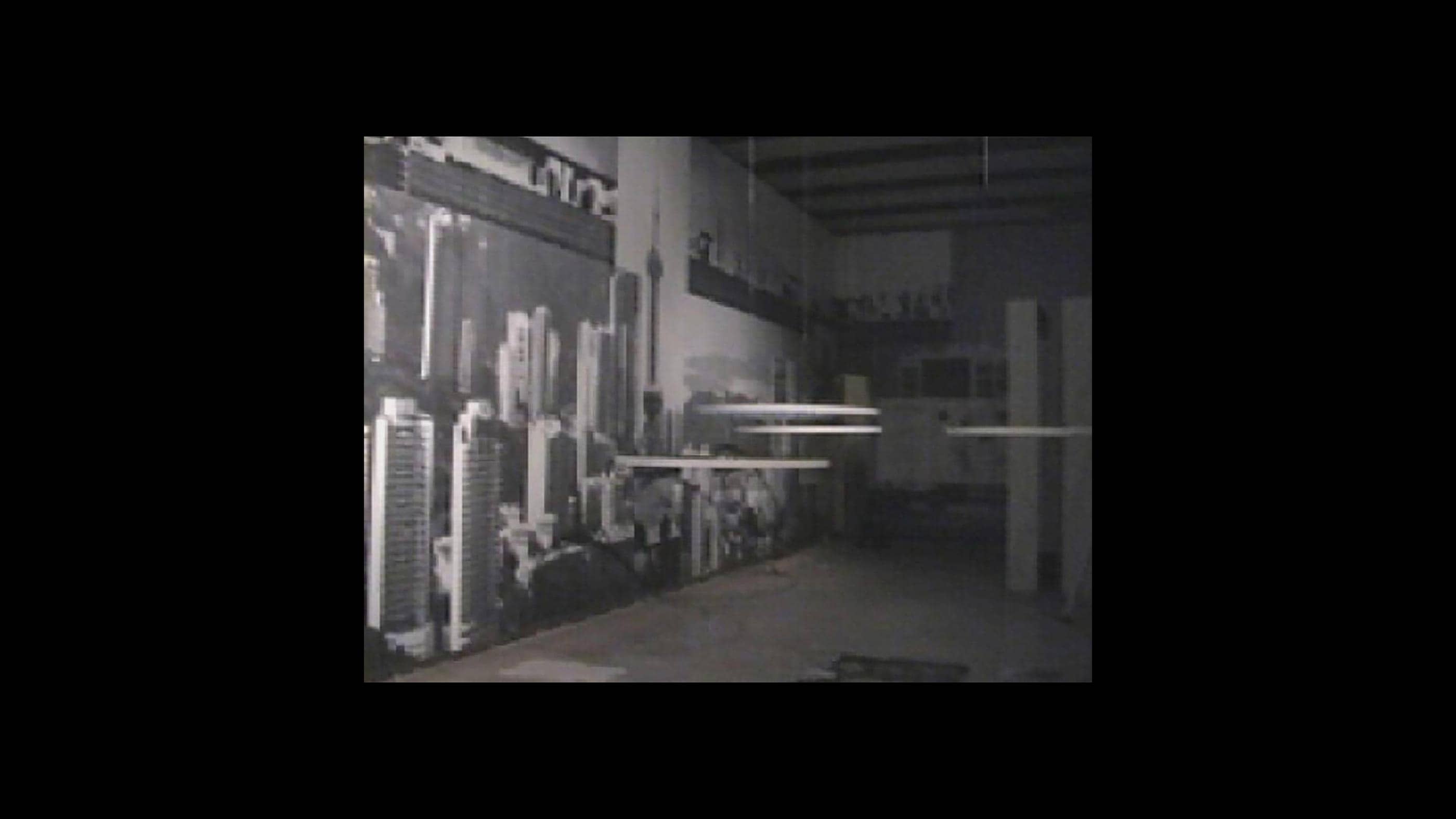 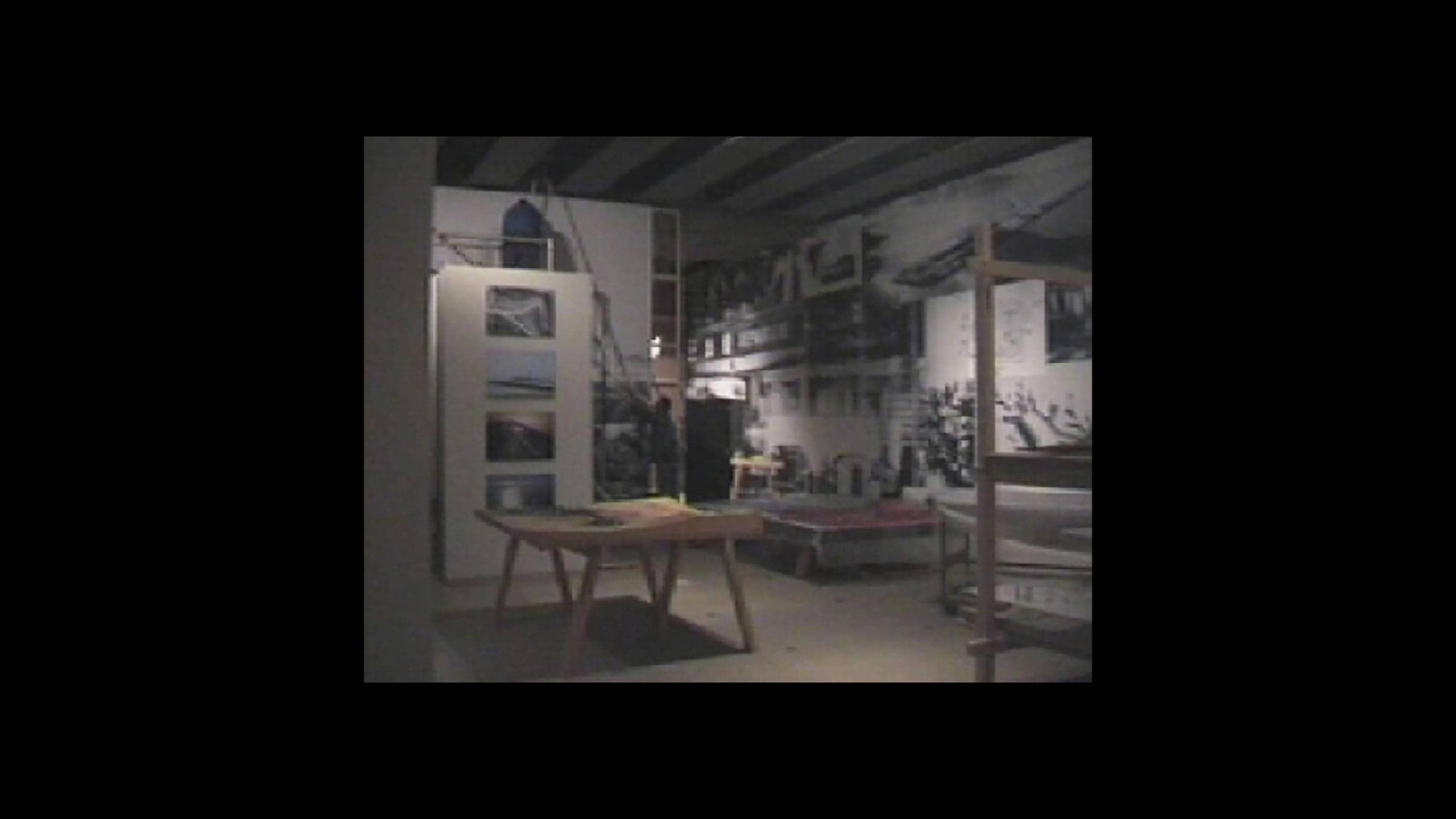 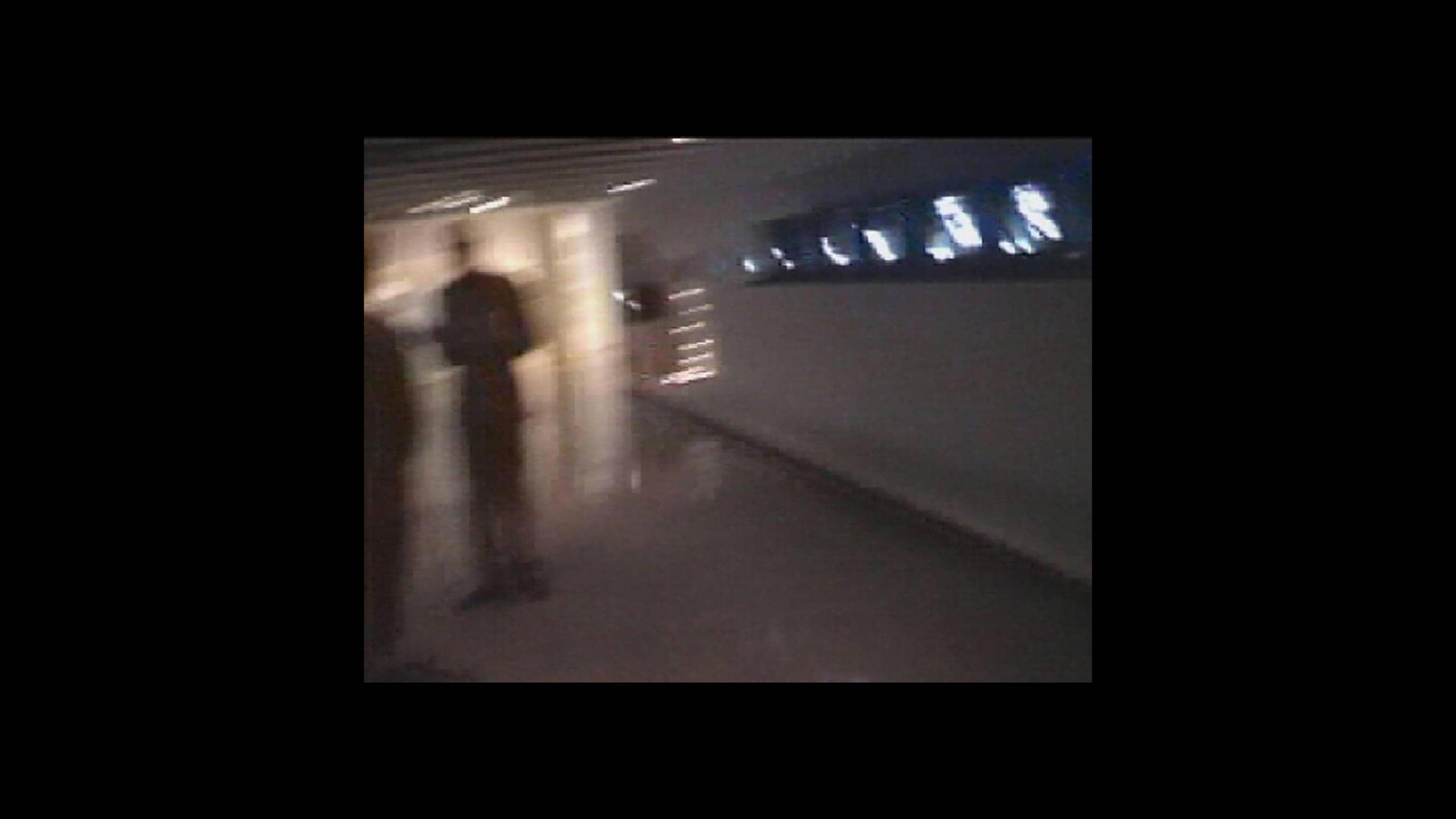 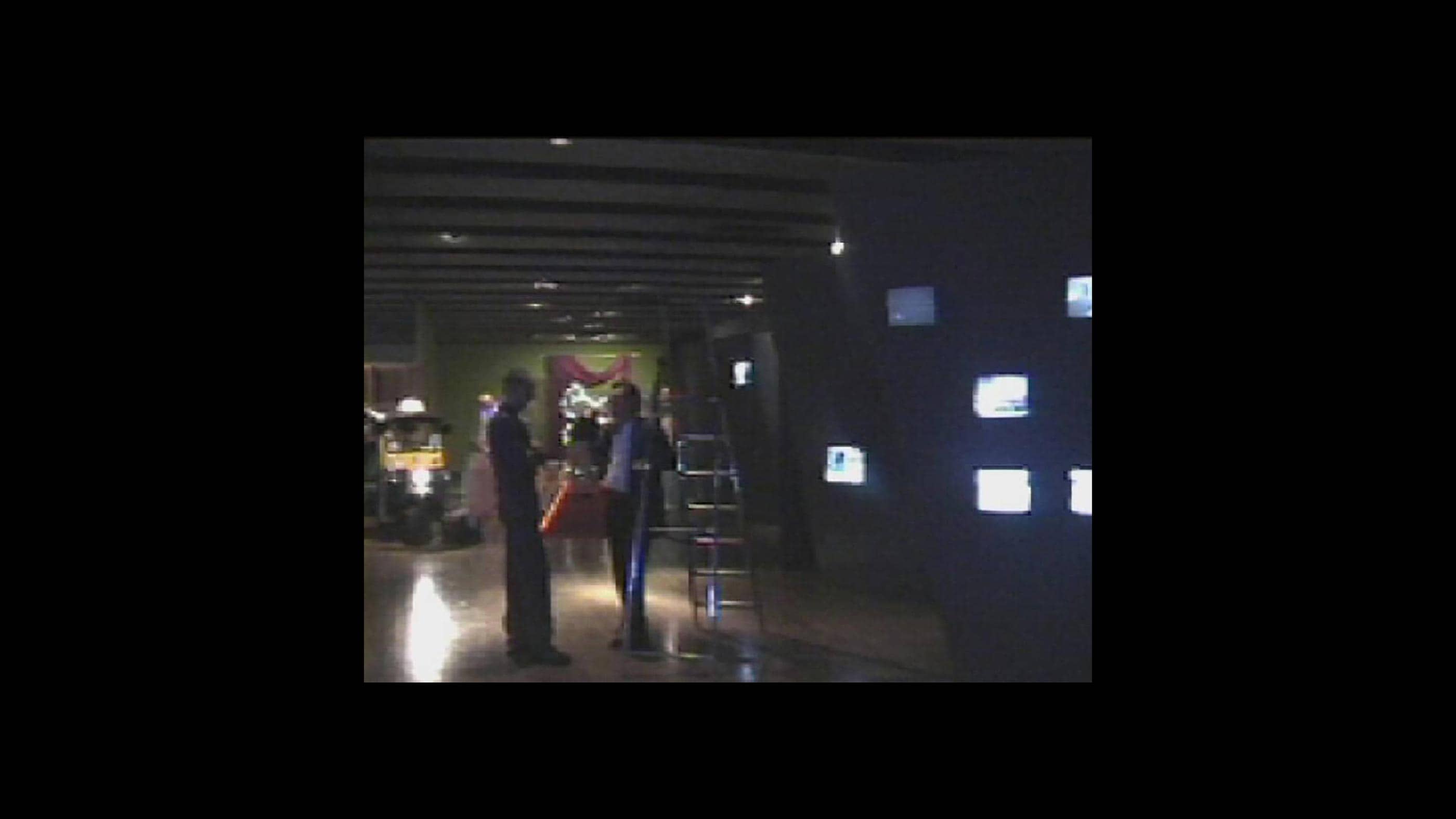 Cities on the Move, London

Cities on the Move challenges – through content, scale and structure – institutional limits and the spatial potential of the Hayward Gallery itself.

Exhibition on South East Asian Art and Architecture
at the Hayward Gallery, 1999
Curated by Hans Ulrich Obrist and Hou Hanru
Scenography and Design by Ole Scheeren and Rem Koolhaas

Post-modernity [para-urbanity]
In as much as contemporary culture – since the age of post-modernity – assumes a loss of history as a linear succession of events, the context of an exhibition about the contemporary urban condition must liberate itself from the approach of a linear trajectory (as a logical sequence and order of pieces) and an accumulation of singularities (as independent or unrelated artworks).

We chose to work in a rather confrontational way regarding the status of the artworks: bringing them close together, creating overlaps, distortions, but also amplifications of themselves and their surroundings. It was not so much about objects, but about relationships and the spaces in-between – as the city is not so much about buildings but about a critical mass that generates more than the mere sum of its ingredients.

Cities on the Move [south-east Asia]
Asia – unlike Europe – is not afraid of non-linearity, non-coherence and contradictory simultaneity. A central aspect of the scenography of this exhibition was to think about ways in which we could combine or insert works and notions of the south-east Asian city into the European context, or more specifically into London and the Hayward Gallery.

Asia’s dramatic transformation and its drastic speed generate a series of urban realities that have to reflect into an exhibition concept that encompasses density, chaos and un-mediated relationships. In its multiplicity of origins and references, Cities on the Move defines an organism (with more than one hundred participants from all over the world) that generates ongoing mutations of its own content and a continuous internal and external dialogue.

HAYWARD GALLERY
The Hayward has always been not only a controversial building, but also an institution that courageously generated a history of exhibitions and experiments far beyond the scope and scale of most galleries or museums of similar size. Cities on the Move, curated by Hans-Ulrich Obrist and Hou Hanru, is certainly part of this series of projects that challenge – through content, scale and structure – institutional limits and the spatial potential of the building itself. While working on this exhibition, I was simultaneously involved [with OMA] in the actual re-consideration of the Hayward Gallery, the building itself, during the selection process for a master planner for the entire South Bank Complex.

Master plan [context]
‘It is actually not that bad.’ Instead of acknowledging (or pretending?) that there was a huge problem with the South Bank that required architectural ‘ingenuity’ and a ‘solution’ (maybe the mistake of all previous schemes), we suggested that there was no big problem to solve and that the area was one of the most lively and interesting spots in London – without any architectural intervention. In other words, we proclaimed that no master-stroke was needed but that instead a focus on the existing qualities could form the basis of a proposal able to adequately deal with the site.

Exhibition [scenography]
We tried to imagine a process of making decisions that are both right and wrong, to employ a set of subversive tools and create an environment that is as heterogeneous and versatile as the city itself.

Re-use [architecture]
Instead of a new design (and in fact any new construction), we suggested to re-use left-over pieces from previous exhibitions – vitrines and plinths from Zaha Hadid’s design for Art and Fashion, walls and benches of the Patrick Caulfield show that inhabited the space just before Cities on the Move. It was more of an accumulation, contamination and a re-interpretation of existing elements, a piling up of urban debris: the idea of an accelerated Merzbau.

Walls and pieces were kept, but transformed, moved or turned upside-down, used to contain monitors and projections, reconfigured as a skyline of buildings, a maze of density and decay and construction: urban reality. But it was also a way of being economical: the exhibition / construction budget was incredibly low. And it was more a subtractive type of work (think: Gordon Matta Clarke) than an architectural creation (i.e. adding physical matter in the form of built objects): cutting into the existing fabric, revealing methods of construction, exposing relationships, confronting materiality.

urbanpaper® [contextualization]
urbanpaper: urban wallpaper. A proposal and hypothesis to contextualize architectural content (artworks) in a blatant confrontation with images of an urban reality that doesn’t find itself expressed in the pristine models and objects presented. An attempt to indicate the architect’s weakness in the powerful context of the (sometimes even pre-)urban reality.

It was about revealing the thinness of exhibition architecture, or rather taking it as a point of departure, maybe even in a slightly ironic way: a hypothesis on how paper can transform space and give it some kind of ‘thin’ content. Away from the white-wall gallery… some type of visual conditioning… space conditioning instead of air conditioning.

Process [tools]
A critical decision was not to produce any drawings or plans (the medium to institutionalize the architect’s work and fix and define his decisions and intentions) but to insist in a more process-related and spontaneous if not accidental way of working. This introduced – beyond the fact of the sheer scale and logistic complexity of the project – a destabilization of the institutional framework.

The only ‘tool’ we used to describe the installation was a series of terms – typologies – to structure and group the artworks and an architectural scale model of the Hayward that was in itself (re)composed of previous models by other architects – also re-built, merged, extended, like the final exhibition itself. The little pieces and microscopic artworks were not glued down, continuously falling over, shifting positions.

De-stabilization [institution]
An institution is not used to this kind of fluidity and unpredictability. The actual progress of the preparation of the exhibition could only be kept alive through an uninterrupted physical re-assurance on site: Compensation of procedural uncertainty through continuous personal presence. It is an exciting (and rare) experience to sleep (totally alone) in a huge public gallery space.

Partly re-built, partly destroyed
Take a hammer and bang a hole into the wall… make it a little bit bigger, until it seems just about right. Keep the studs visible, the ragged edge. If it seems to dangerous, take some construction tape and mask it off. And this was a bench? This was a plinth? Flip them up, vertical. They are buildings now… a city.

It was the title of my gallery talk: partly re-built, partly destroyed. It was the idea of an unfinished work, an ongoing process, where any attempt to construct was immediately countered by some form of decay or destruction. It was about maintaining the visible signs of this process. It was about acknowledging the fact that architecture does not always solve problems – as many architects like to proclaim – but that it also creates problems. It was about exploiting residual spaces, while creating new ones. It was about making sense and not making sense at the same time…