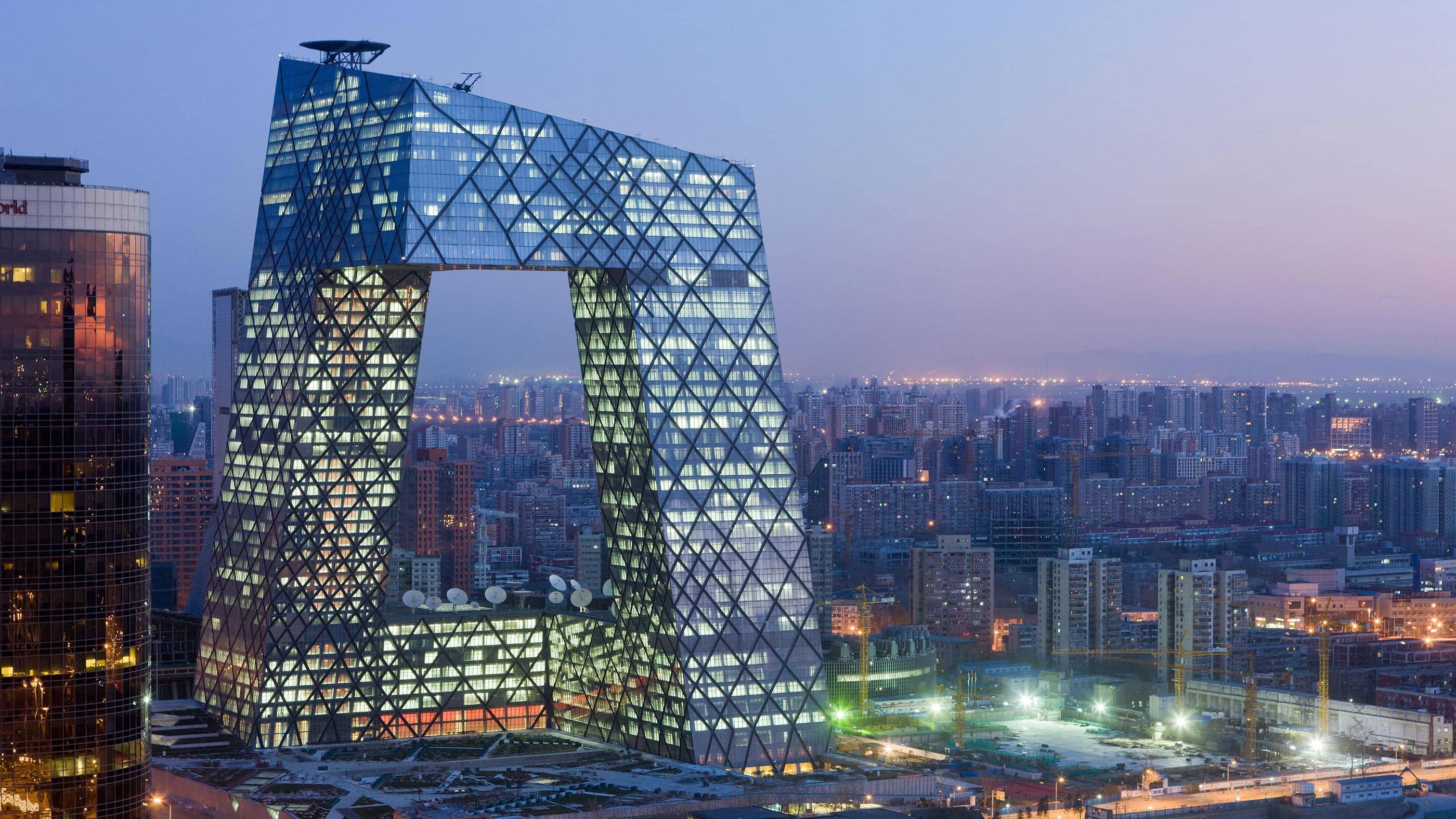 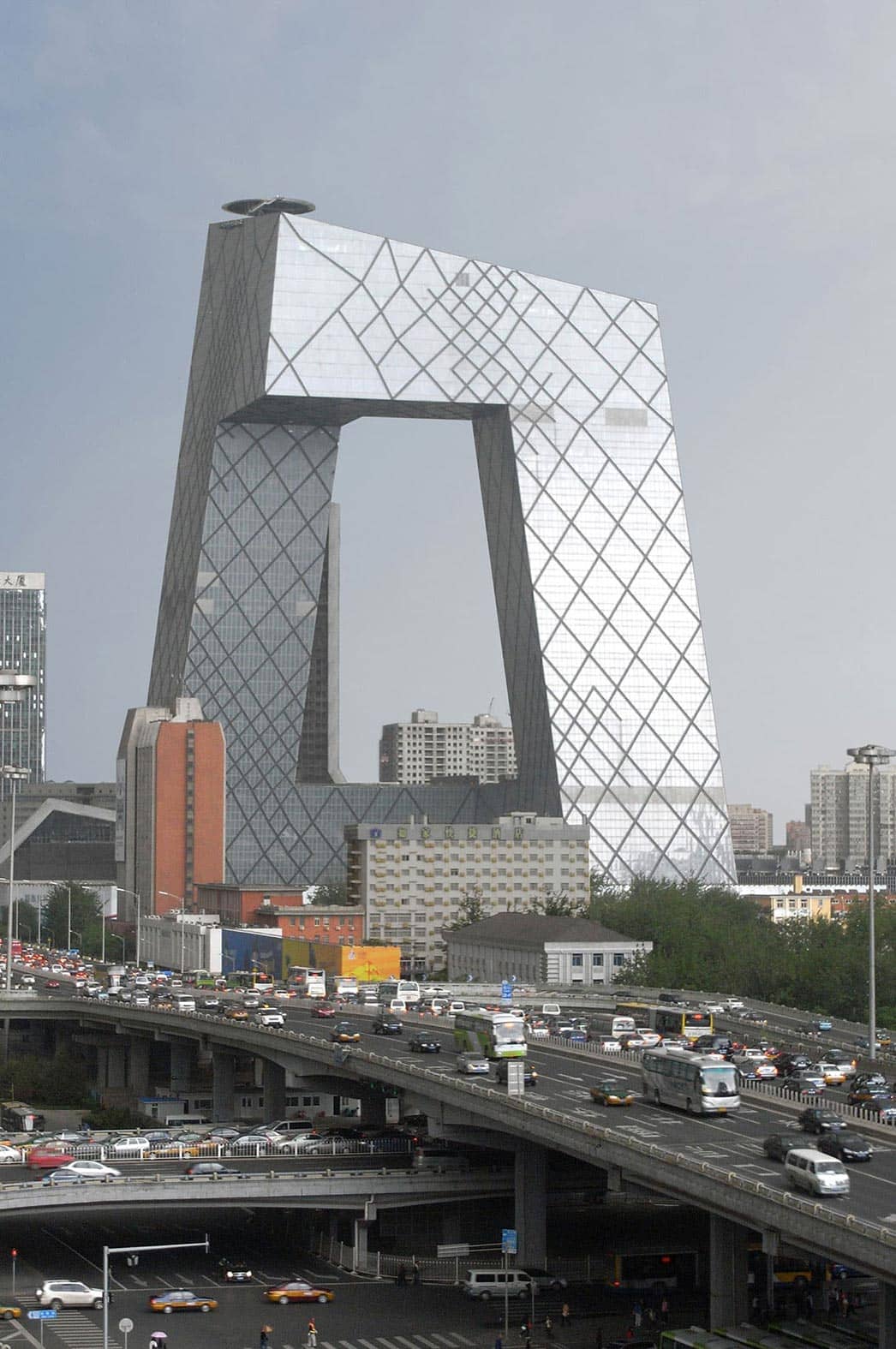 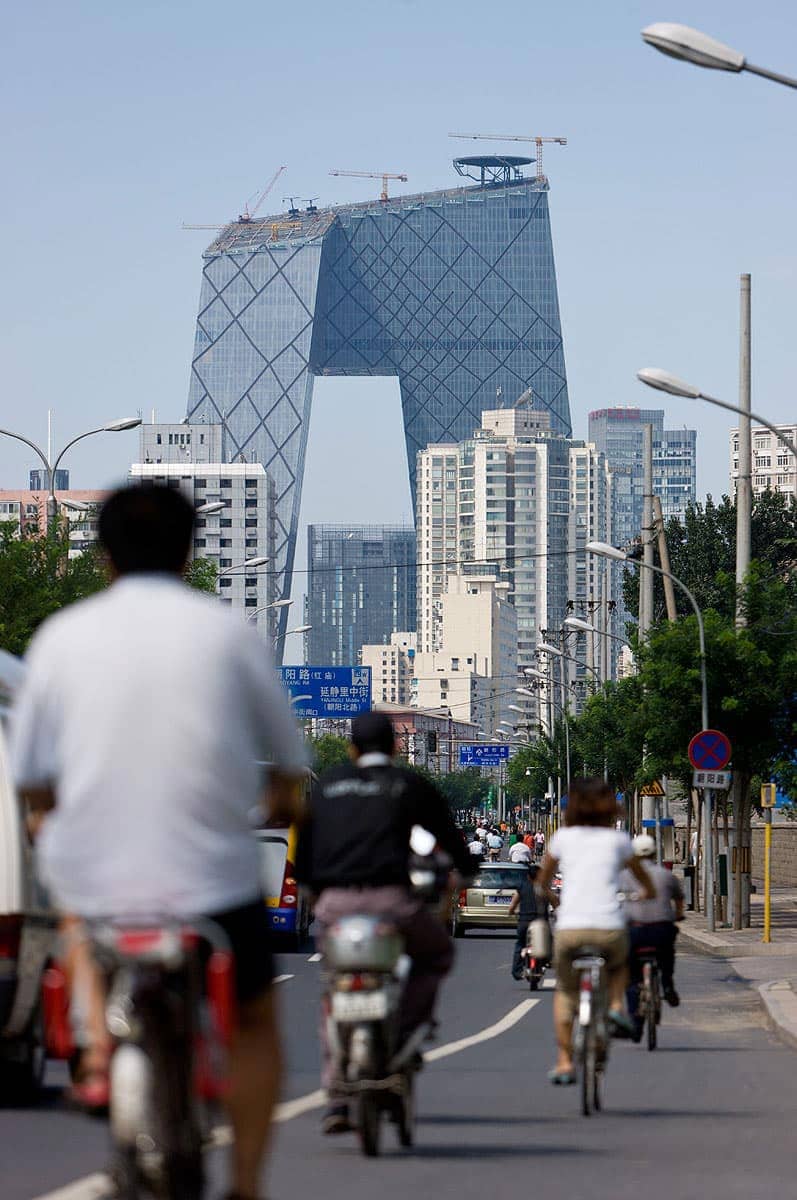 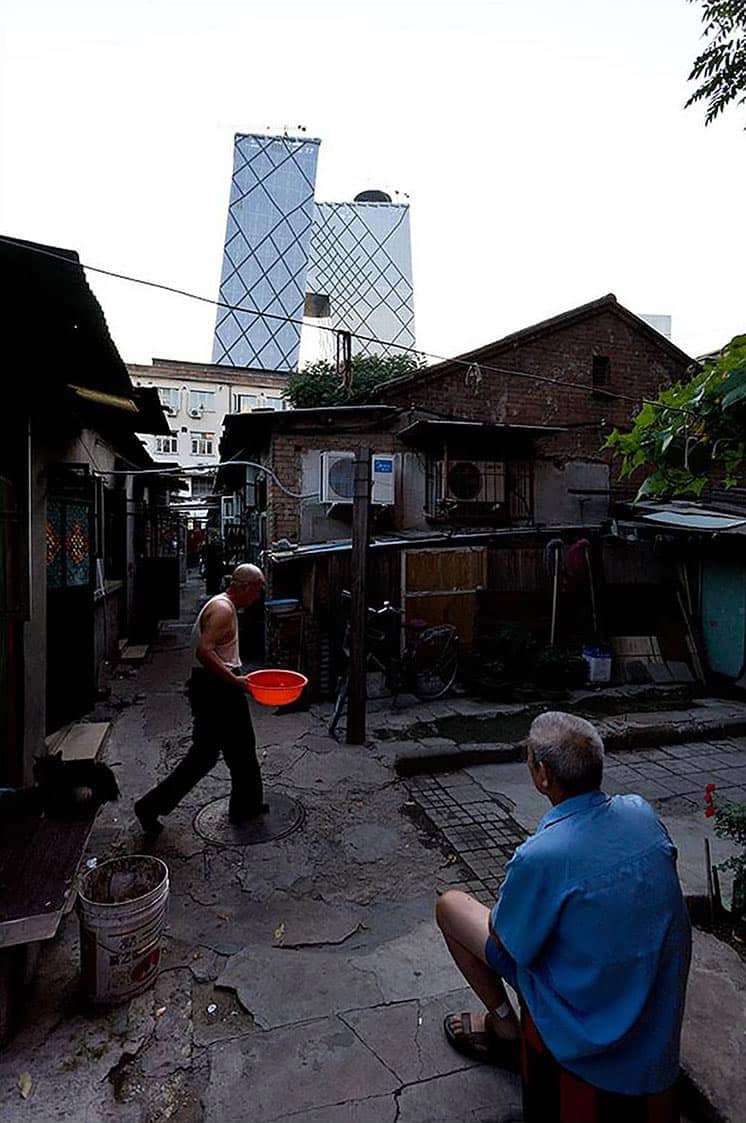 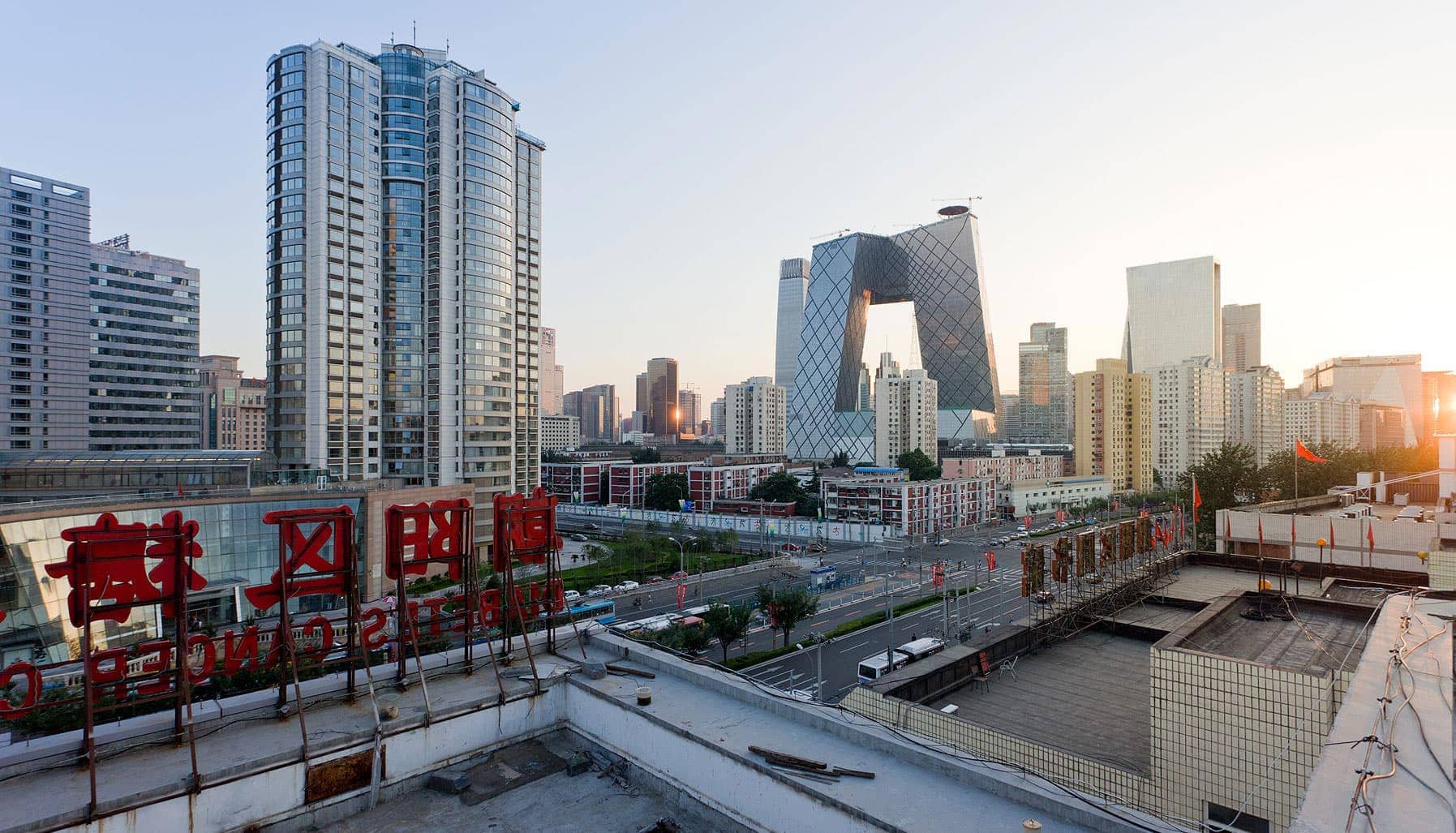 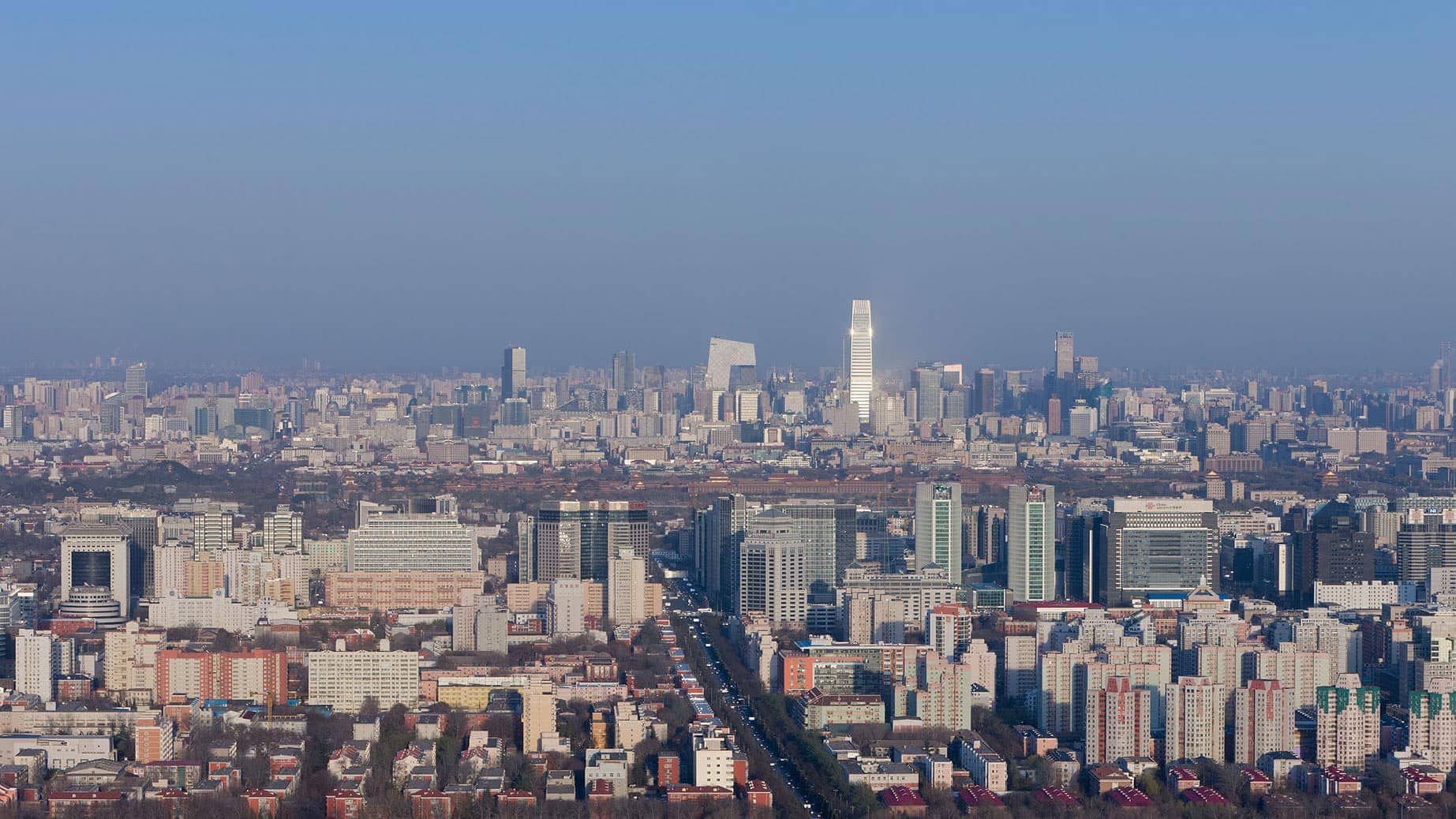 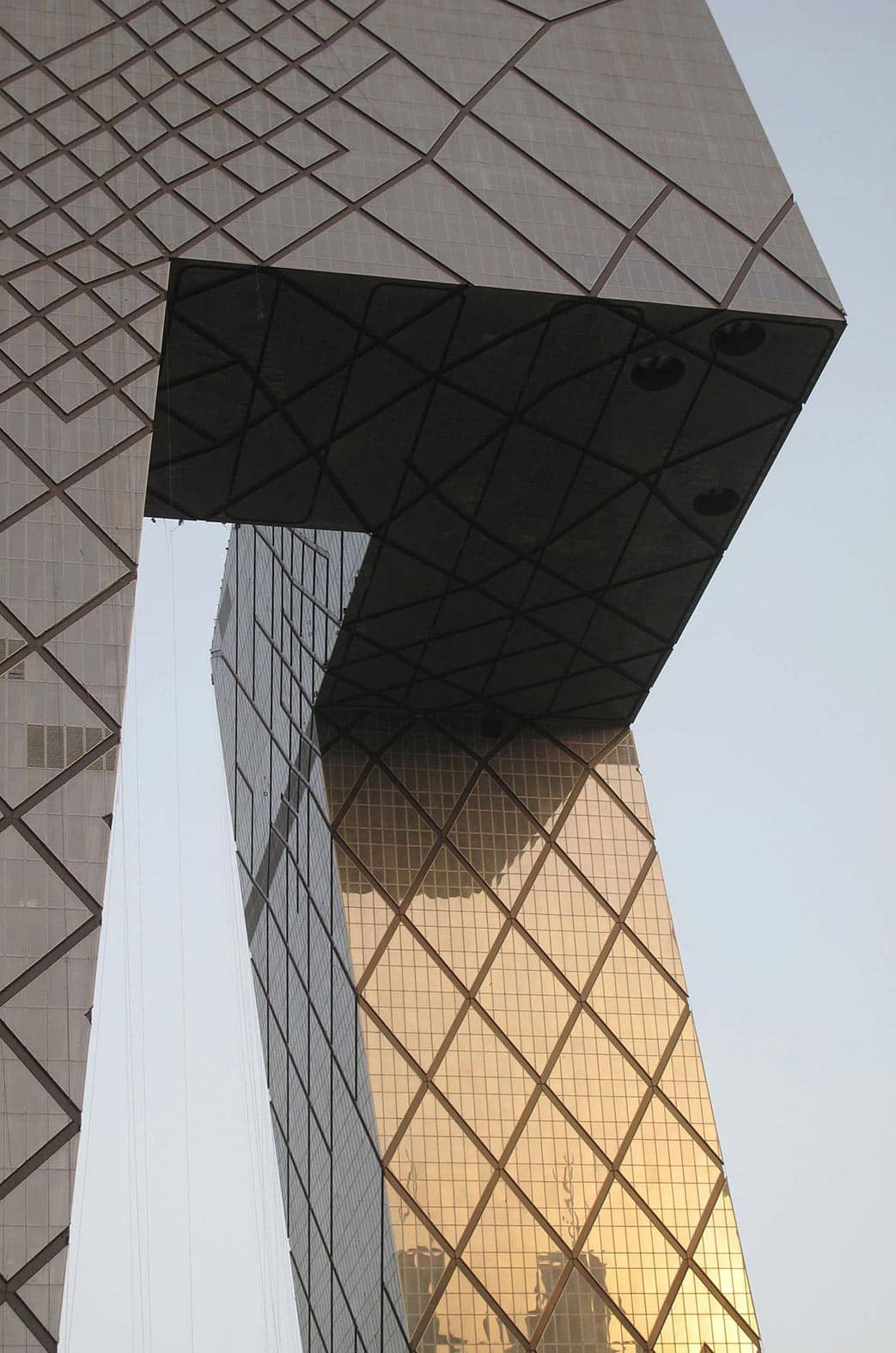 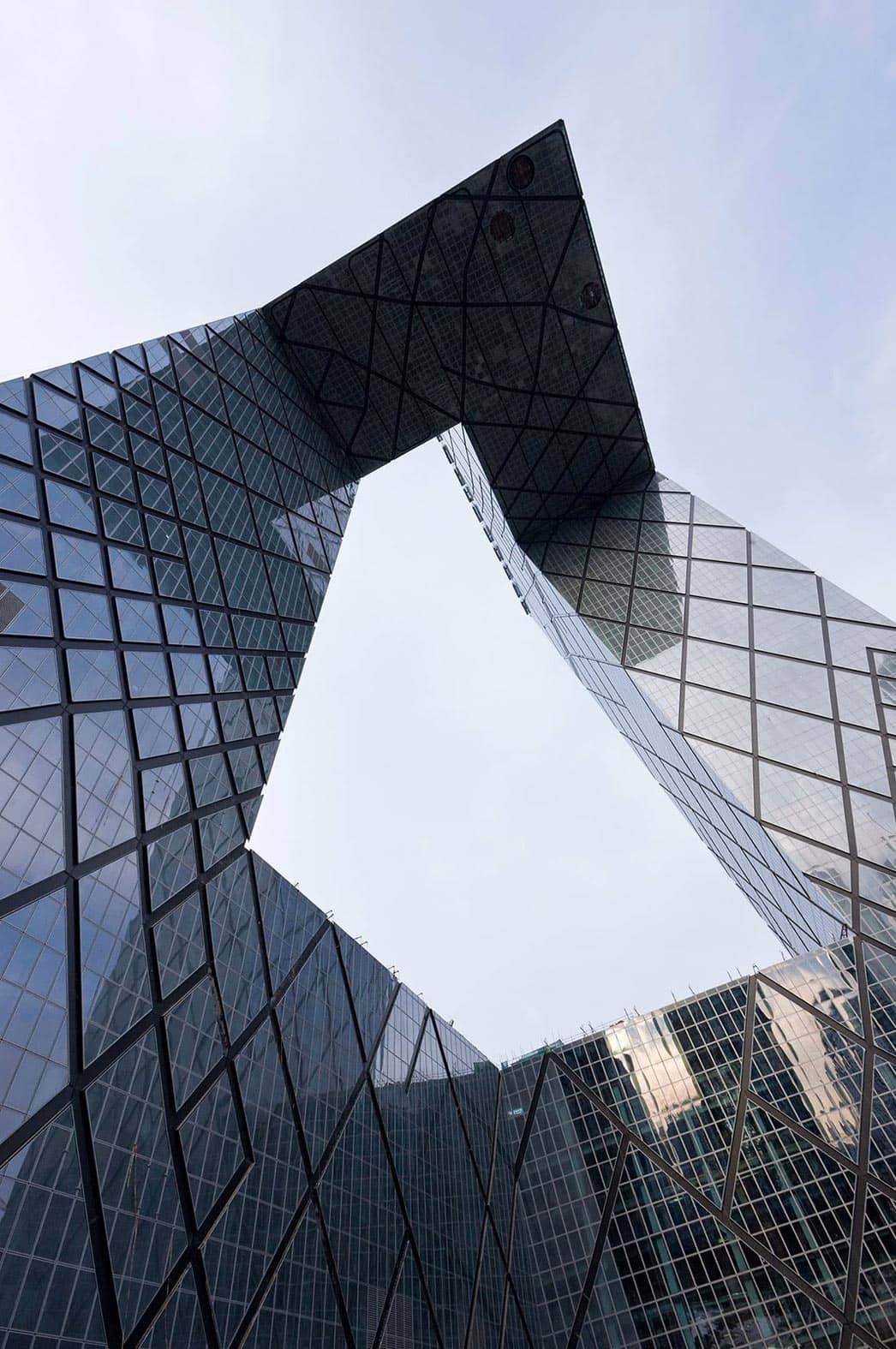 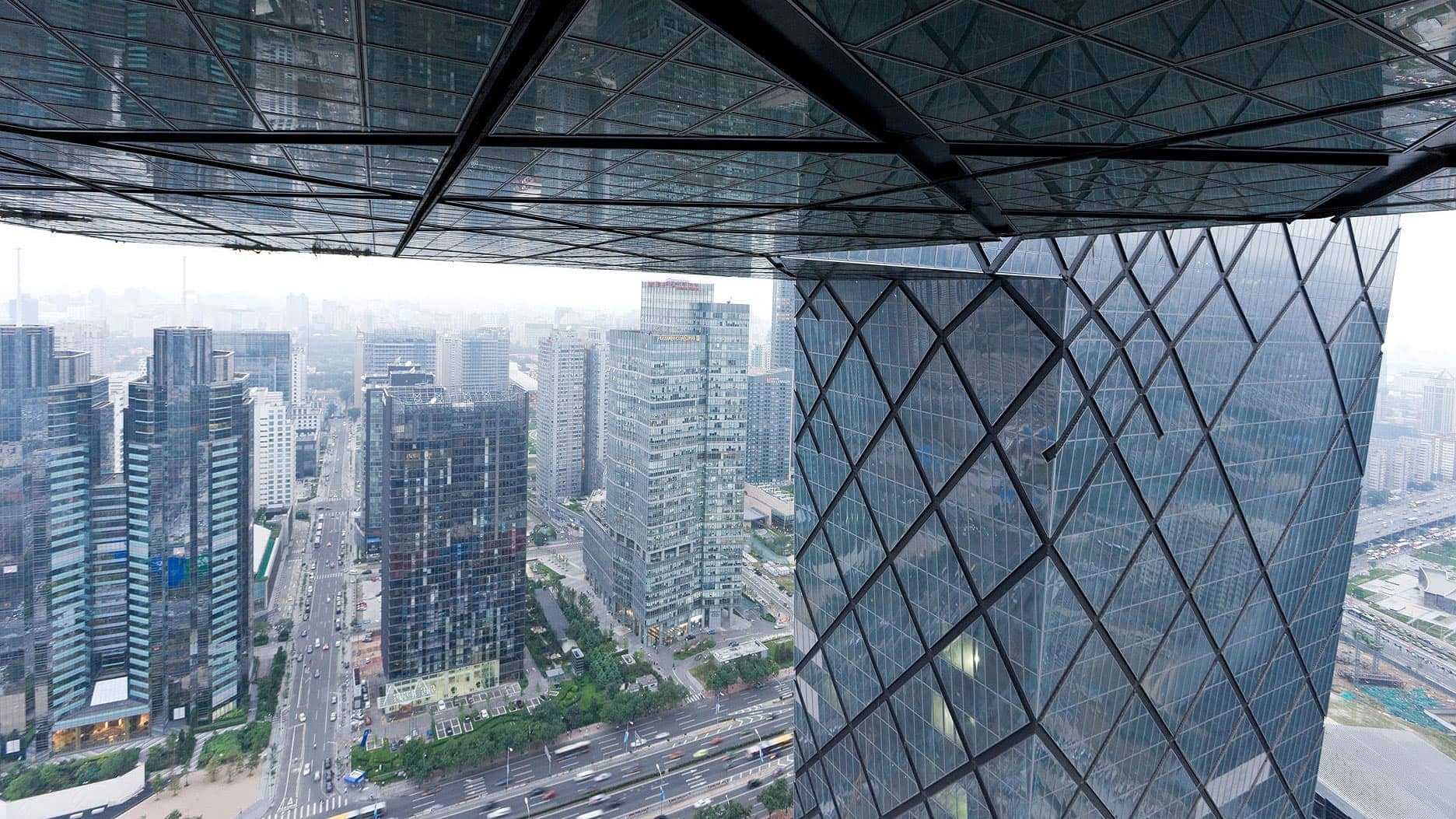 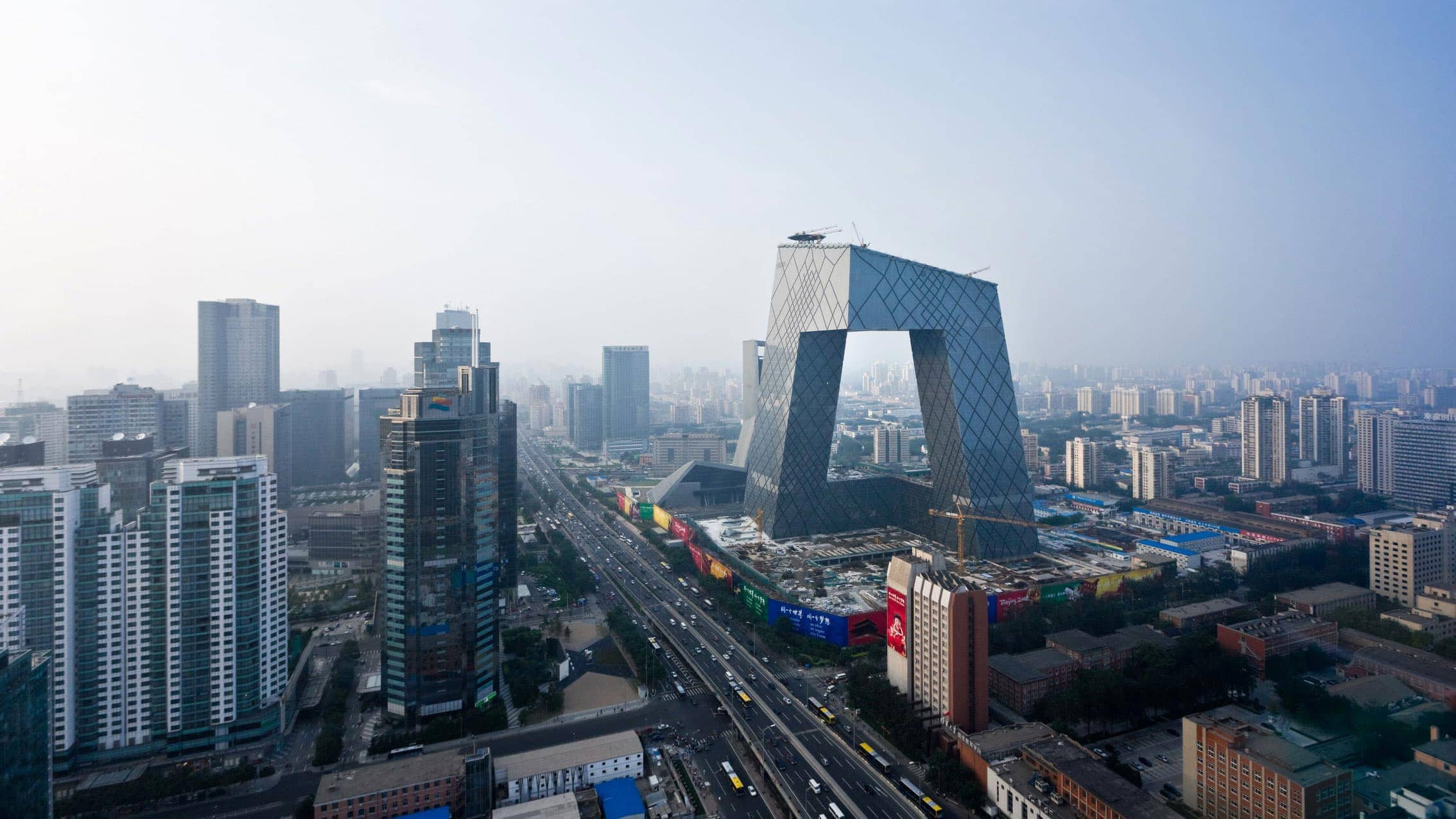 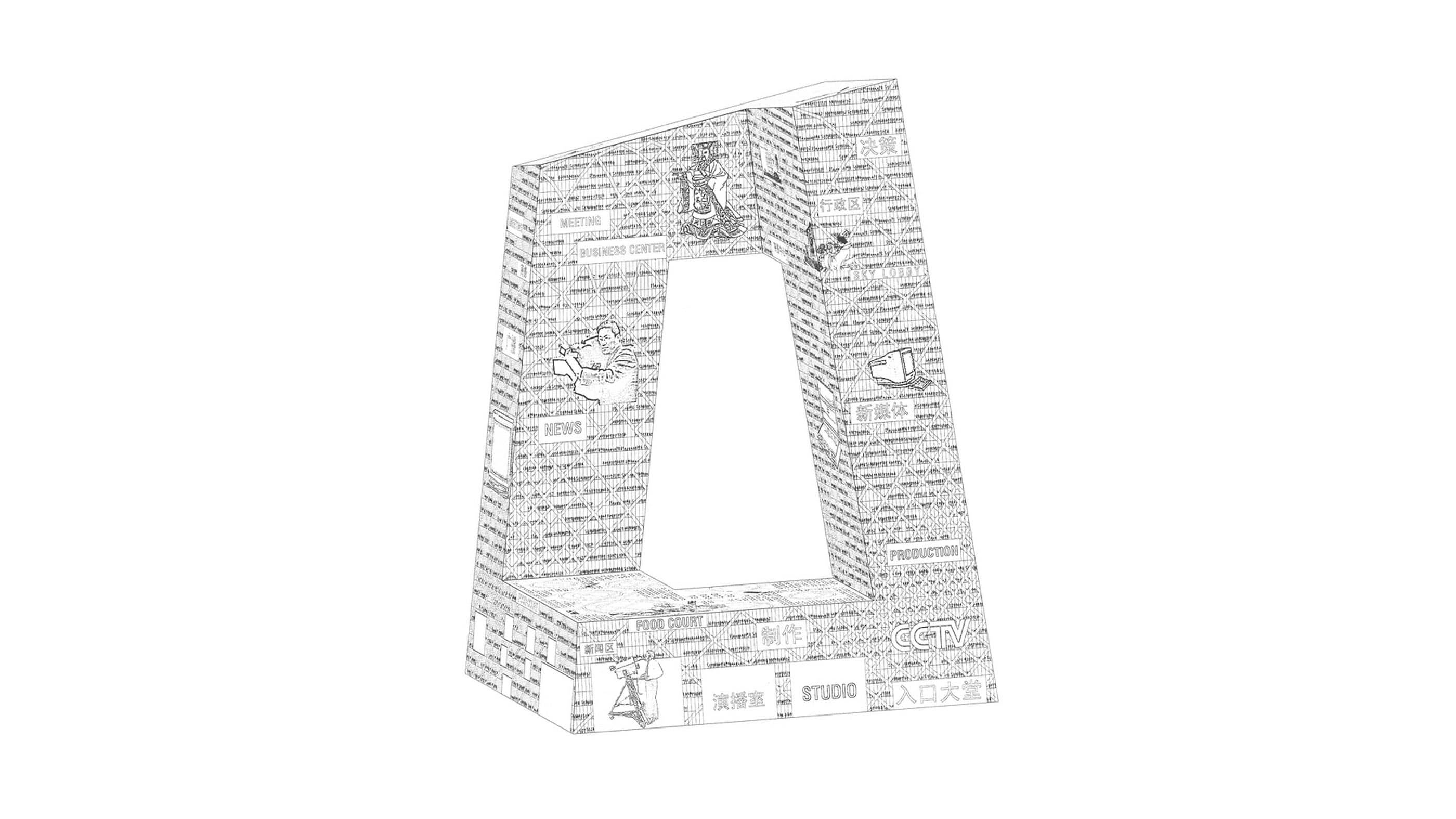 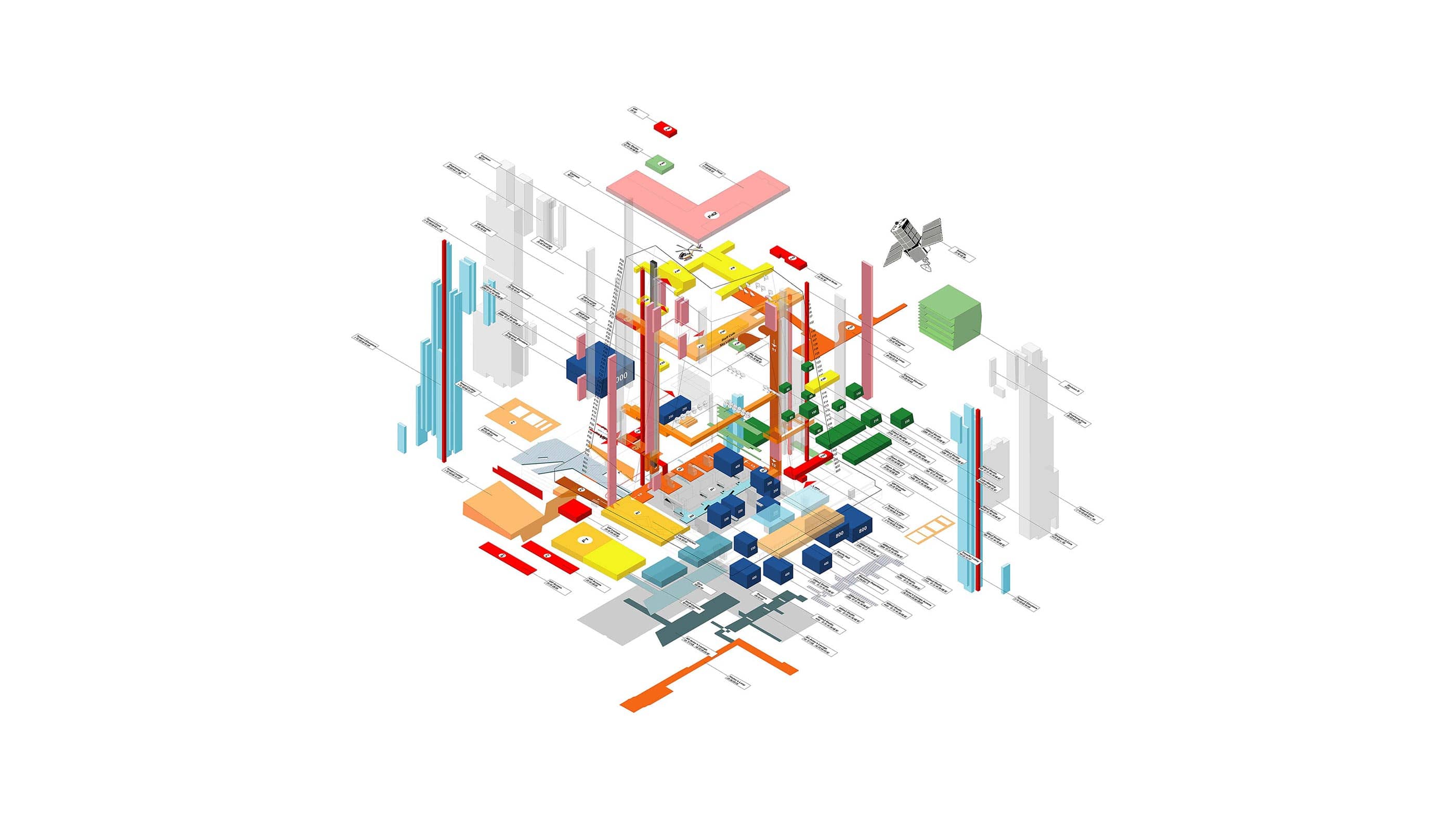 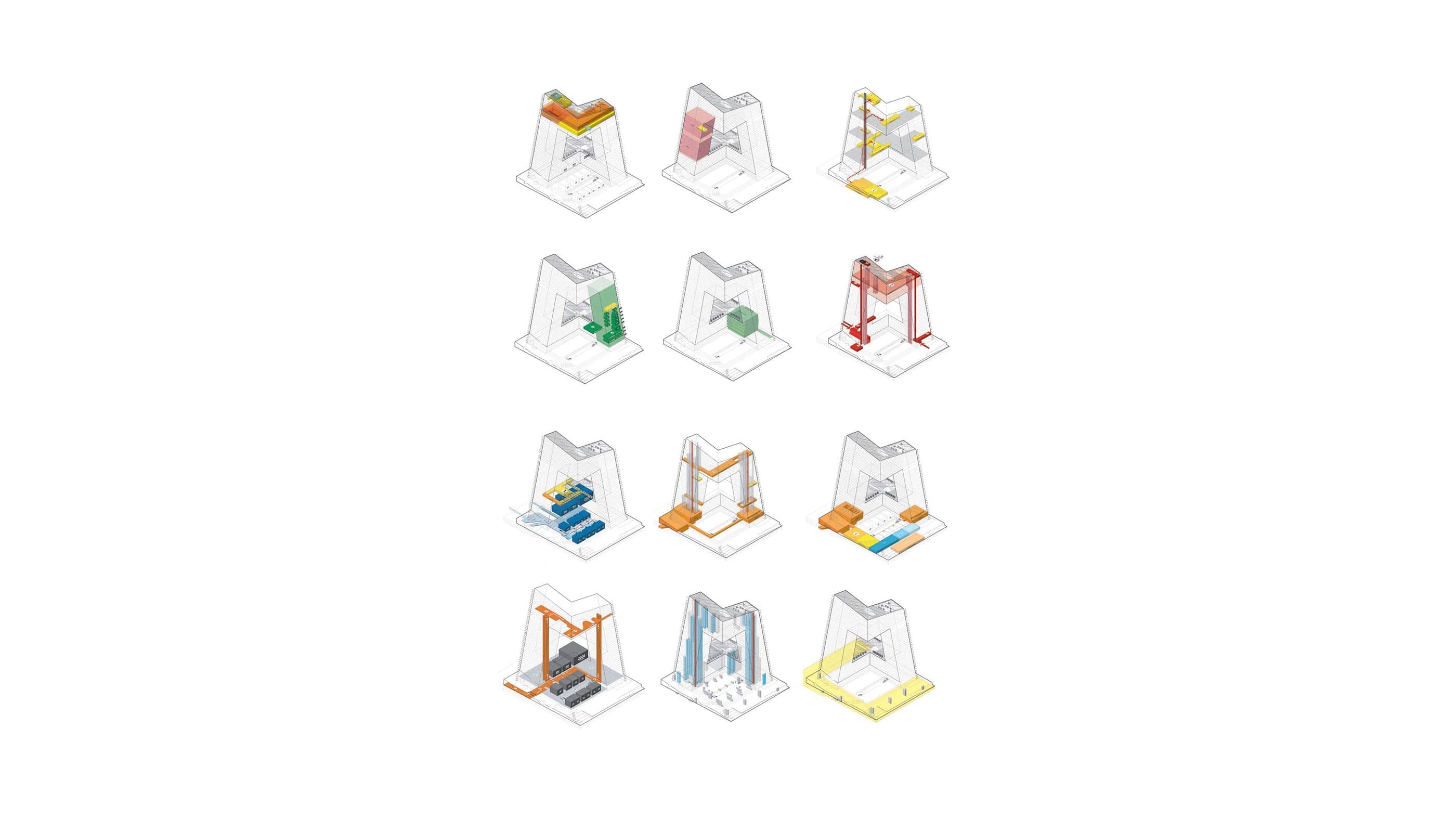 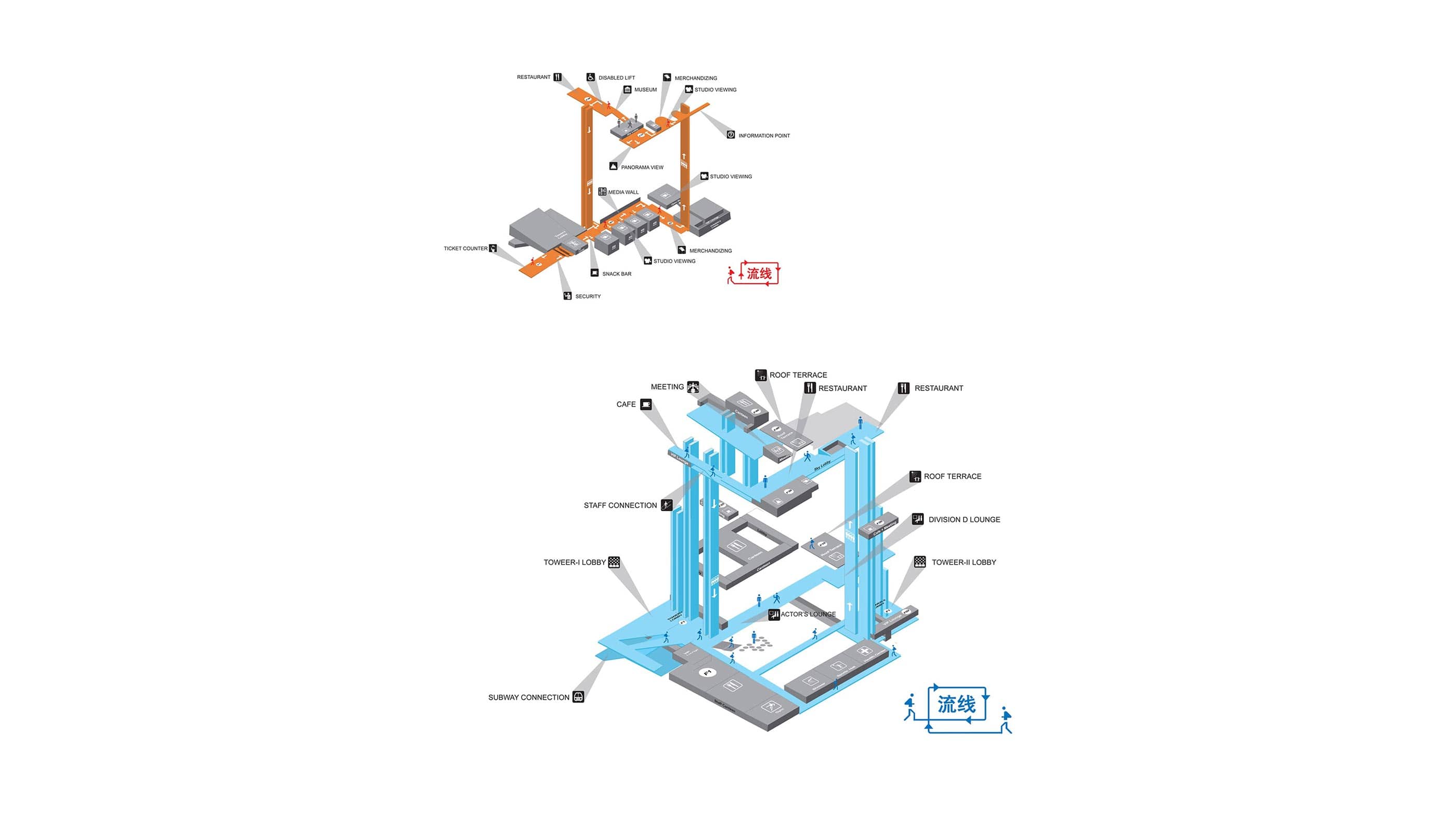 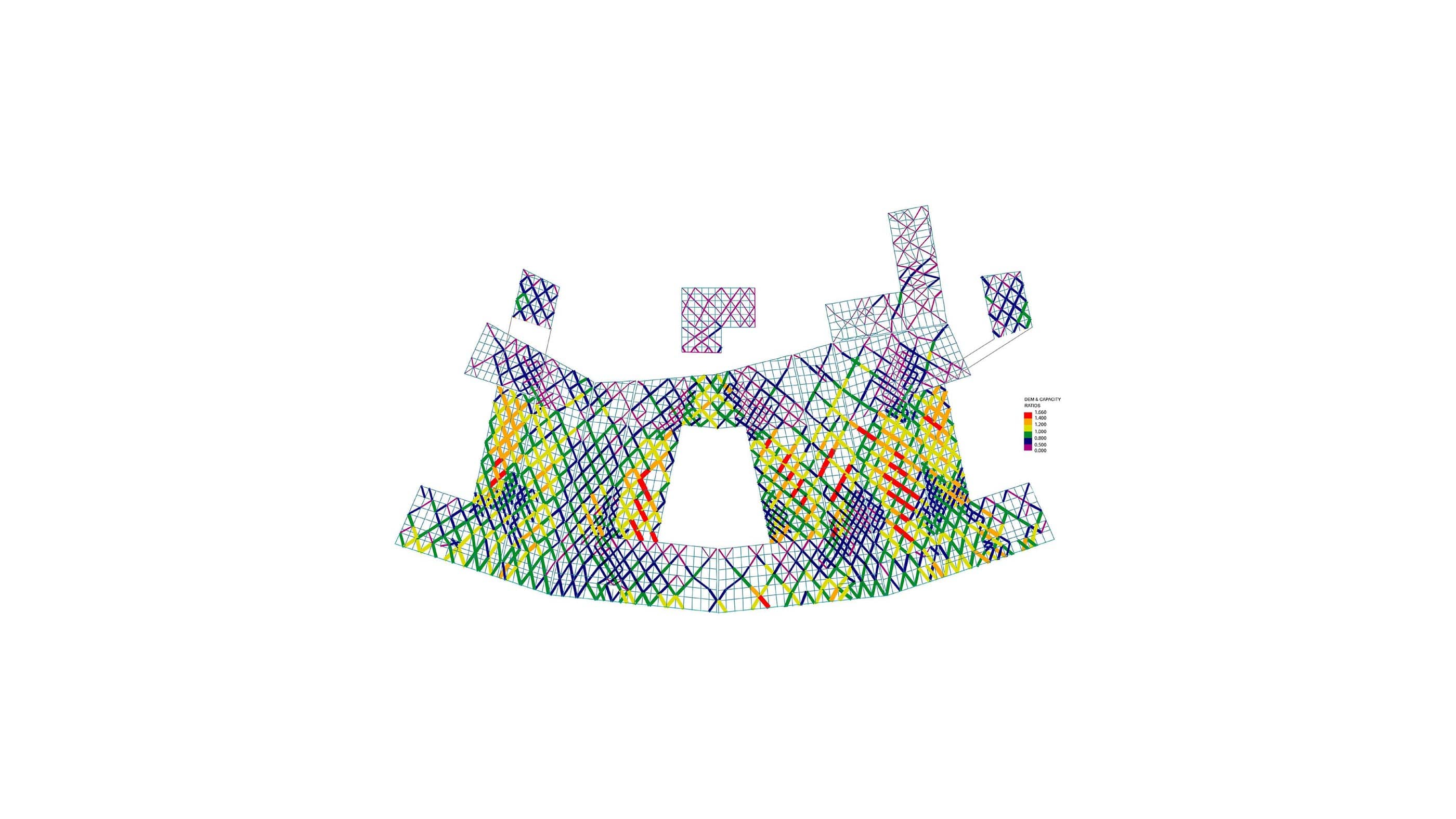 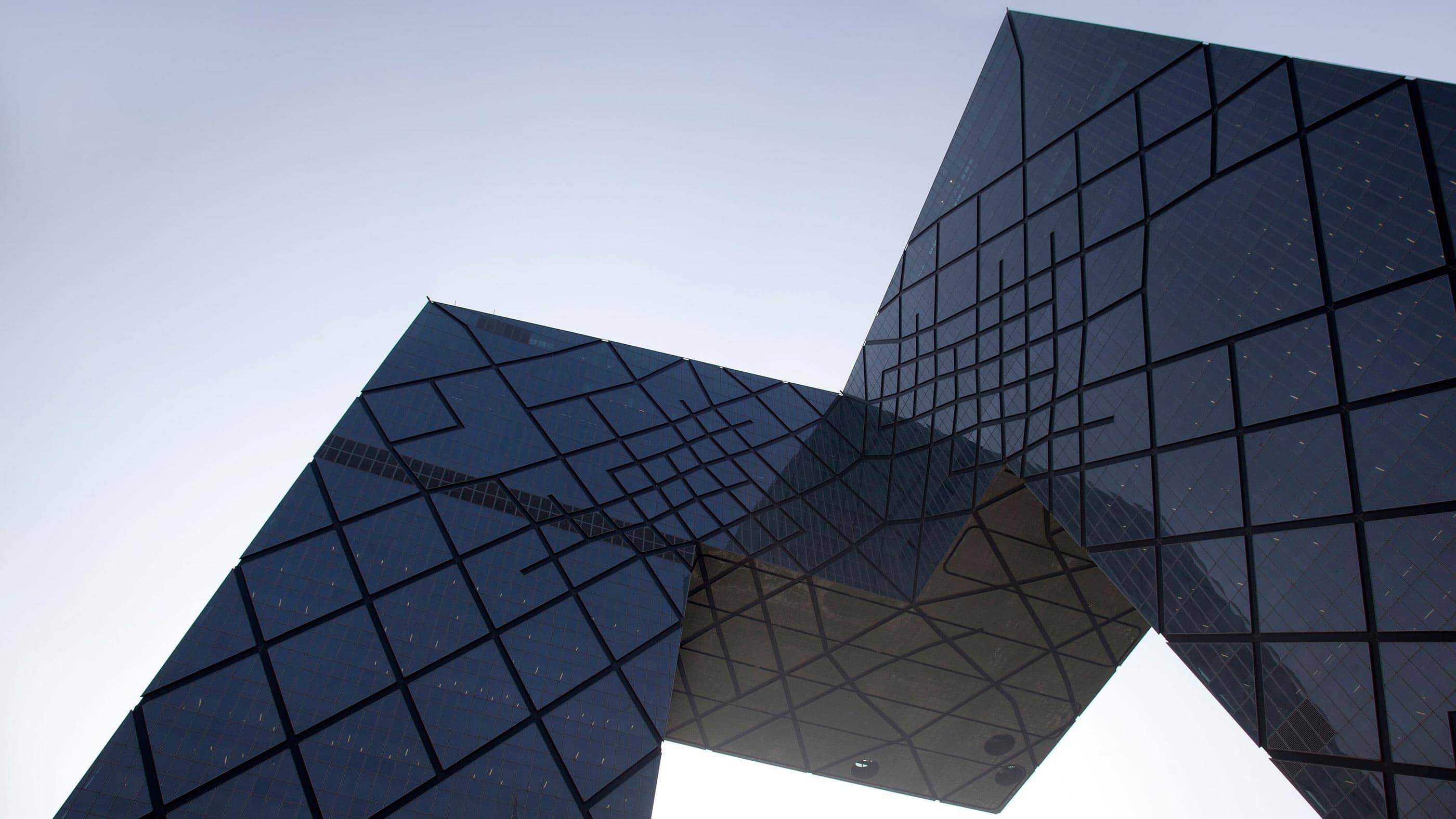 The CCTV Headquarters has become an icon for Beijing. Instead of competing in a futile race for ultimate height, the project proposes an iconographic constellation of two high-rise structures that actively engage the space of the city: CCTV and TVCC.

CCTV combines administration and offices, news and broadcasting, program production and services, and the entire process of TV-making into a single loop of interconnected activities. The consolidation of all TV production into a single building allows the 10,000 staff to be aware of the nature of their work and co-workers, creating a chain of interdependence that promotes solidarity rather than isolation. The building itself contributes to the coherence of the organization.

Two towers rise from a common production platform that is partially underground – one dedicated to broadcasting, and the other to services, research, and education – and join at the top to create a cantilevered connection for management and the public. While CCTV is a secured building for staff and technology, a dedicated path circulating through the building provides a public “loop” that allows visitors to learn and witness the process of TV-making while offering spectacular views across multiple facades towards the CBD, Beijing, and the Forbidden City.

With its vast and diverse network of broadcasting and production zones pulsating on a 24-hour news cycle; an internal circulation infrastructure that resembles a subway system (with express and local stops); and interlinked brain centers, nervous system, and a labyrinth of staff facilities; the building will behave much like a living breathing organism – the production of the virtual inhabiting the physical.

A new icon is formed, not in a predictable soaring tower, but in a three-dimensional experience of geometric and social continuity. The virtual assumes a physical identity and occupies a place and location, for itself, the public, the city, and, in a feedback loop, the virtual realm.