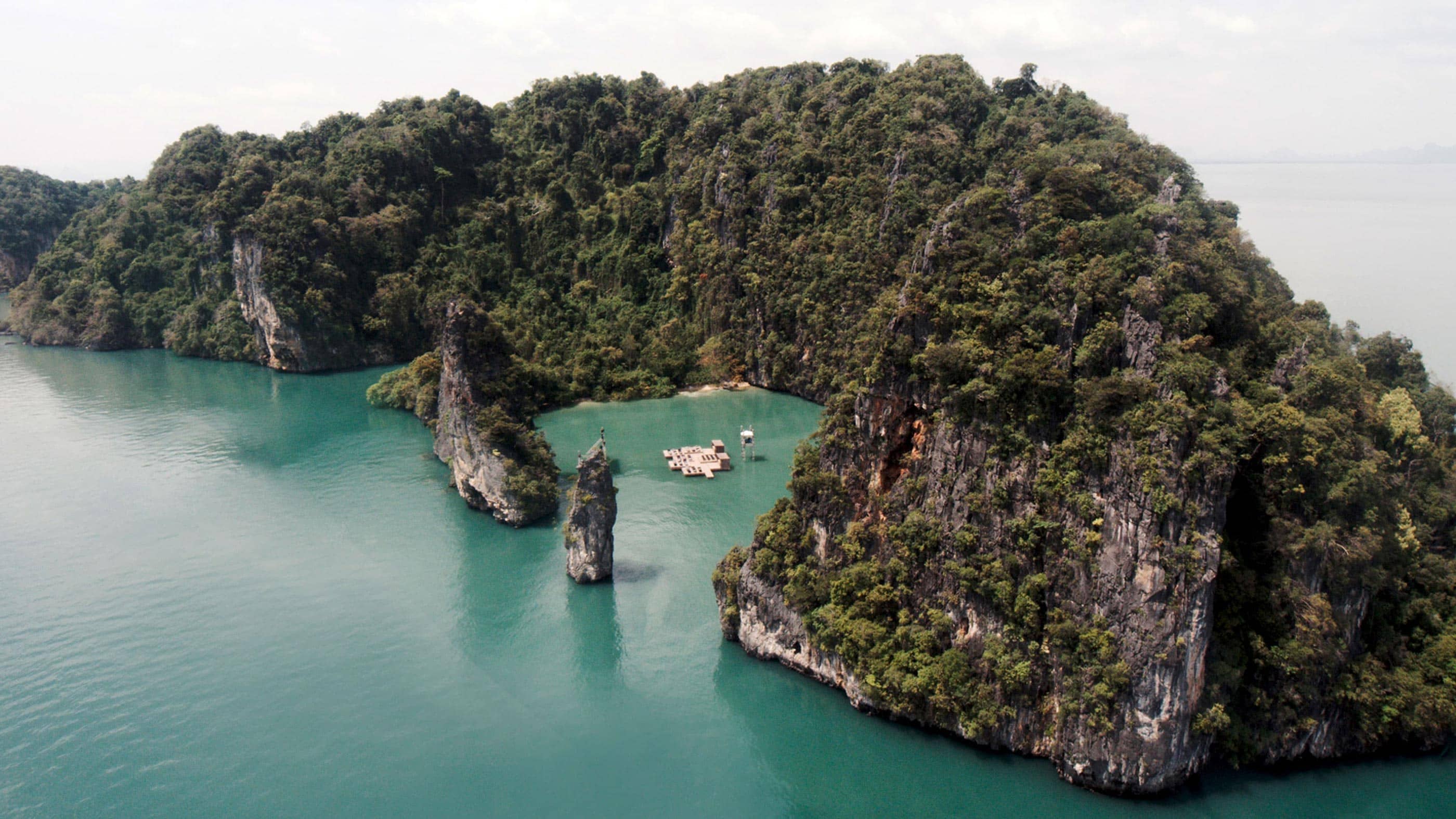 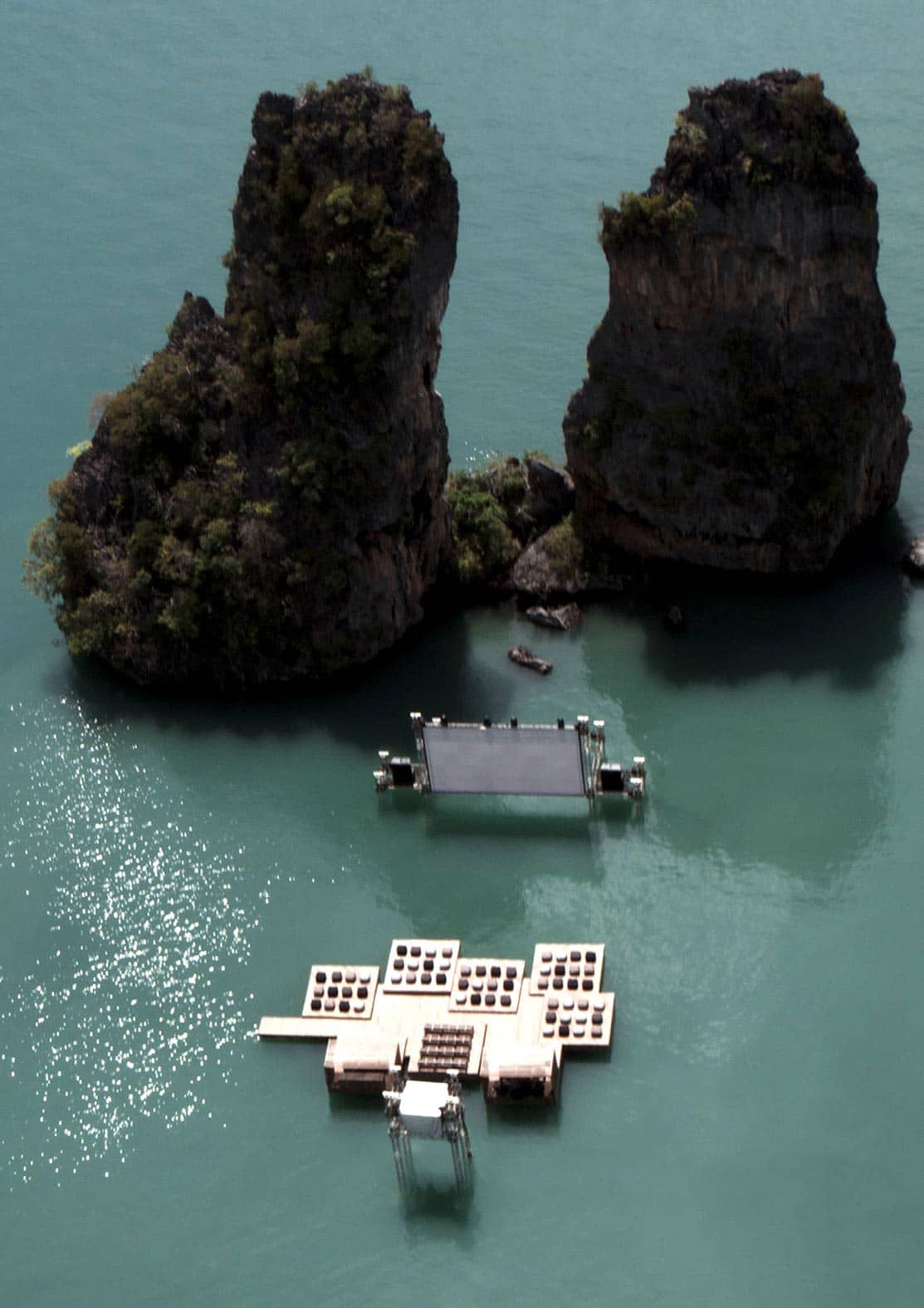 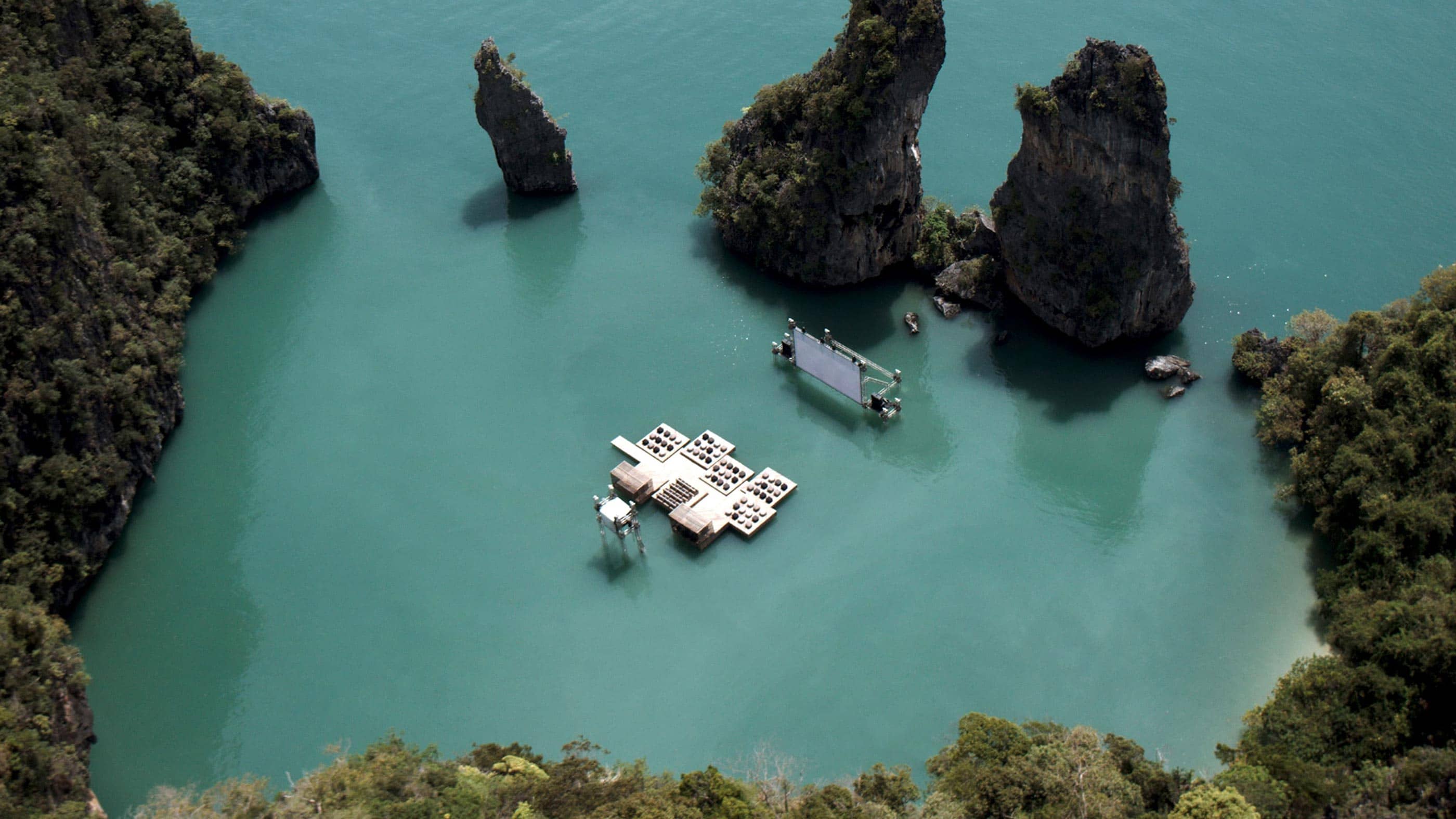 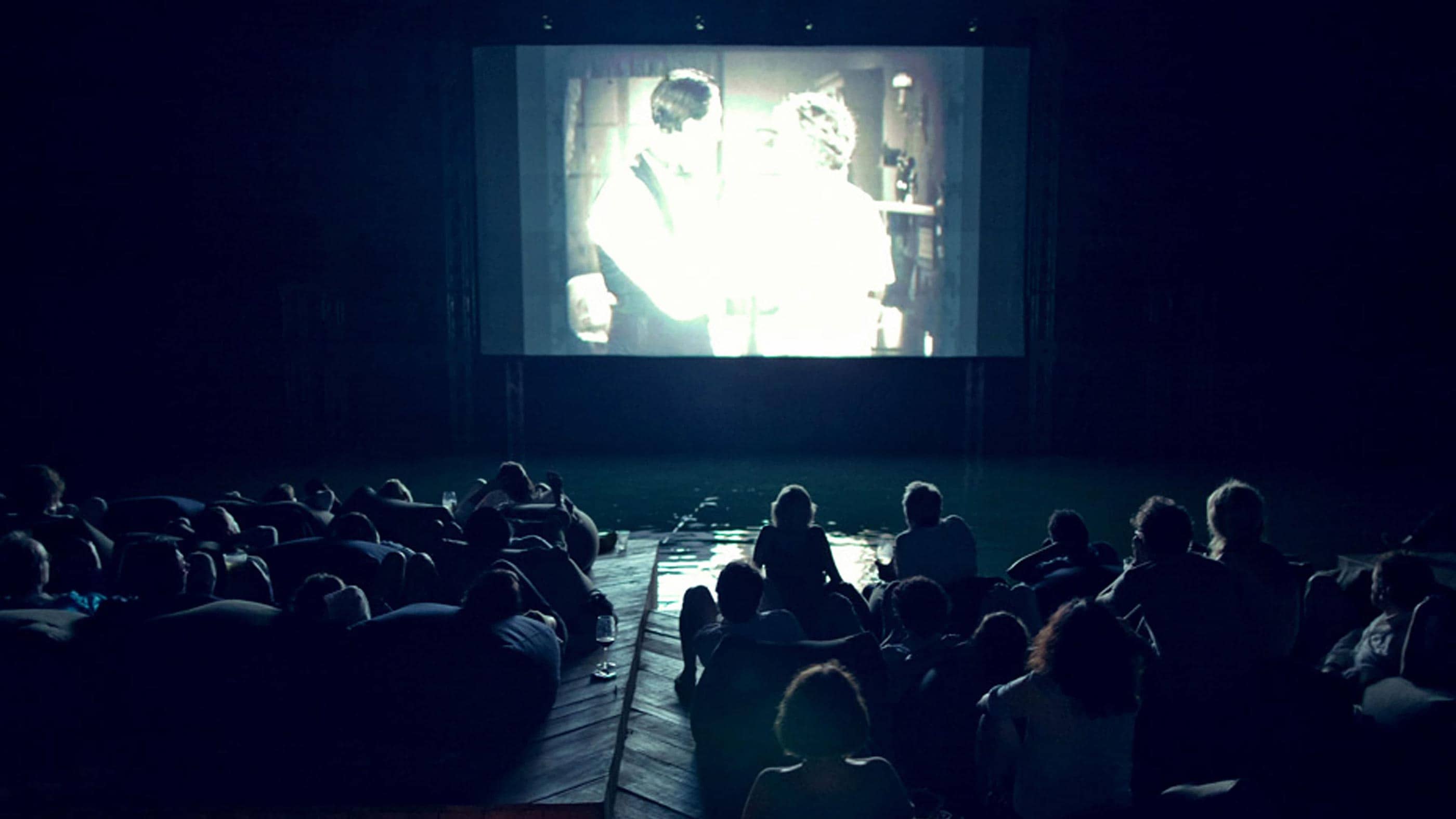 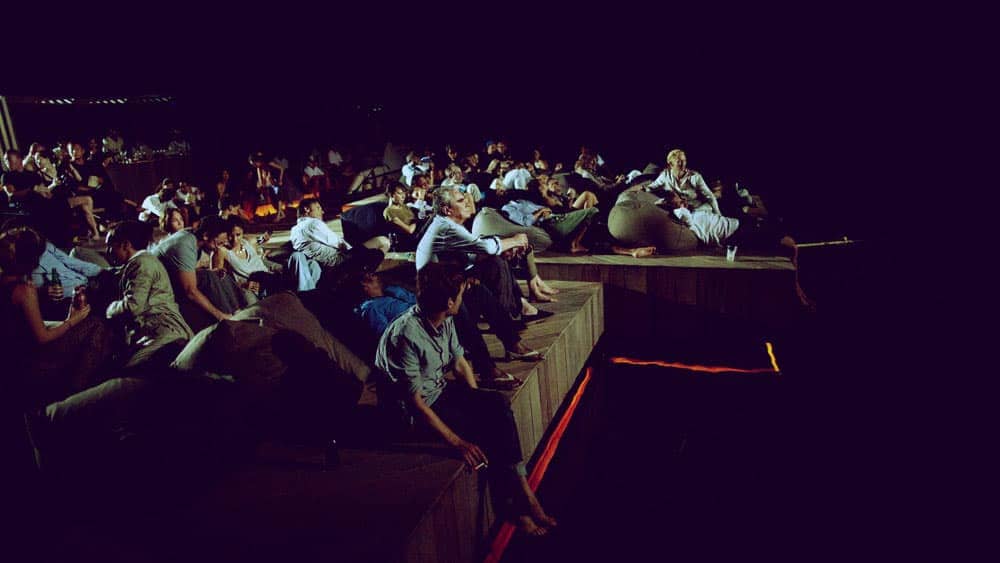 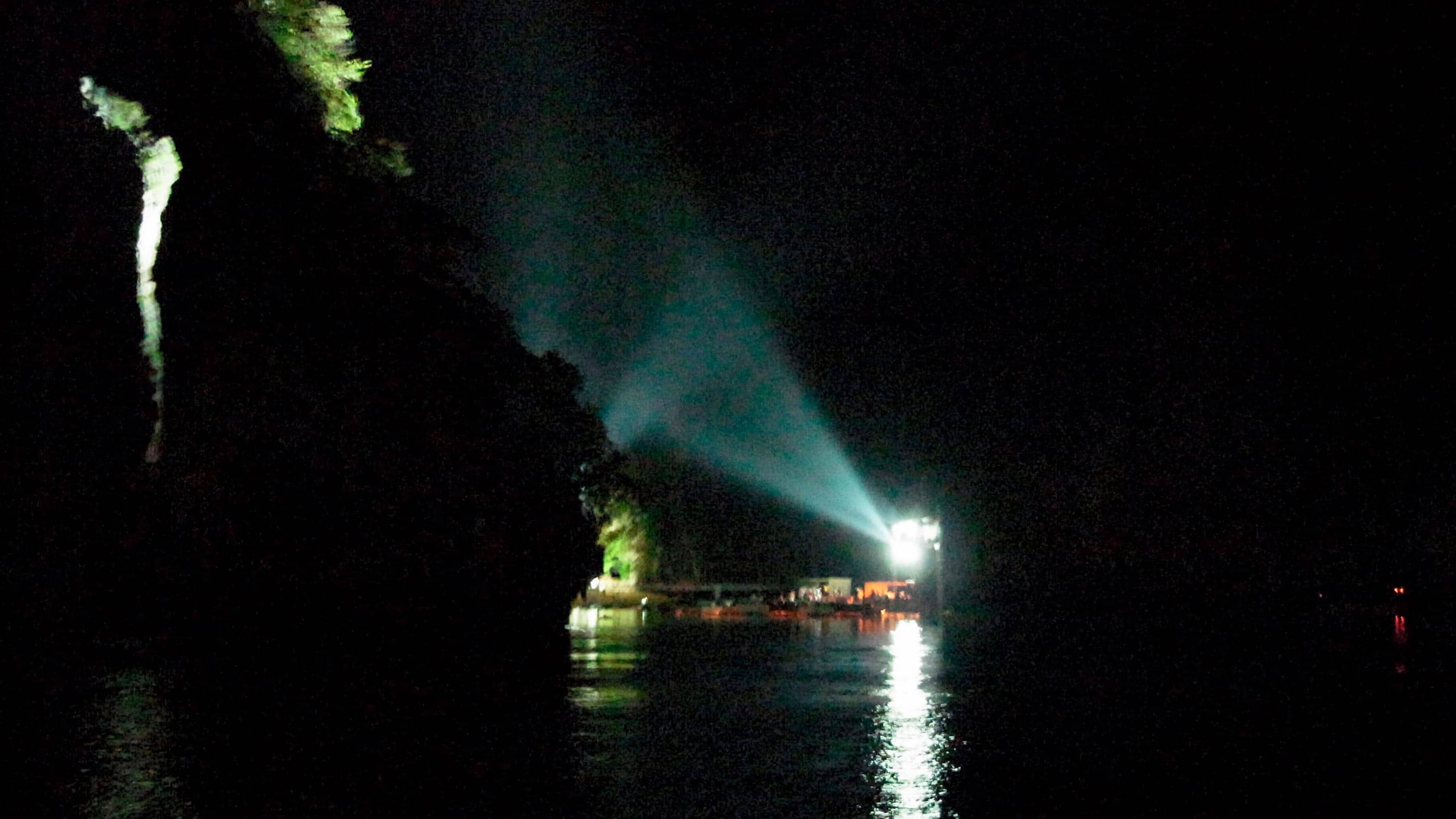 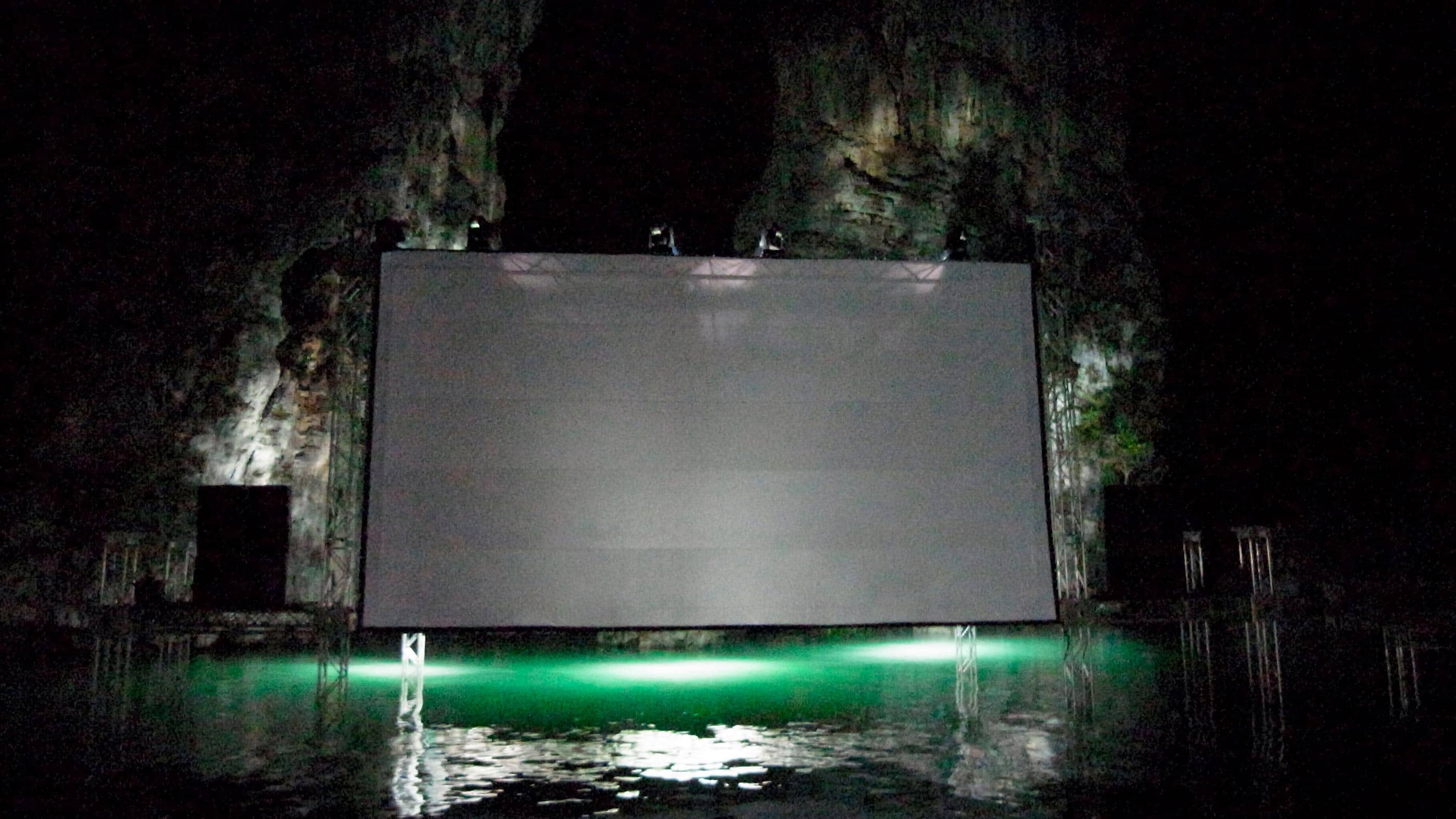 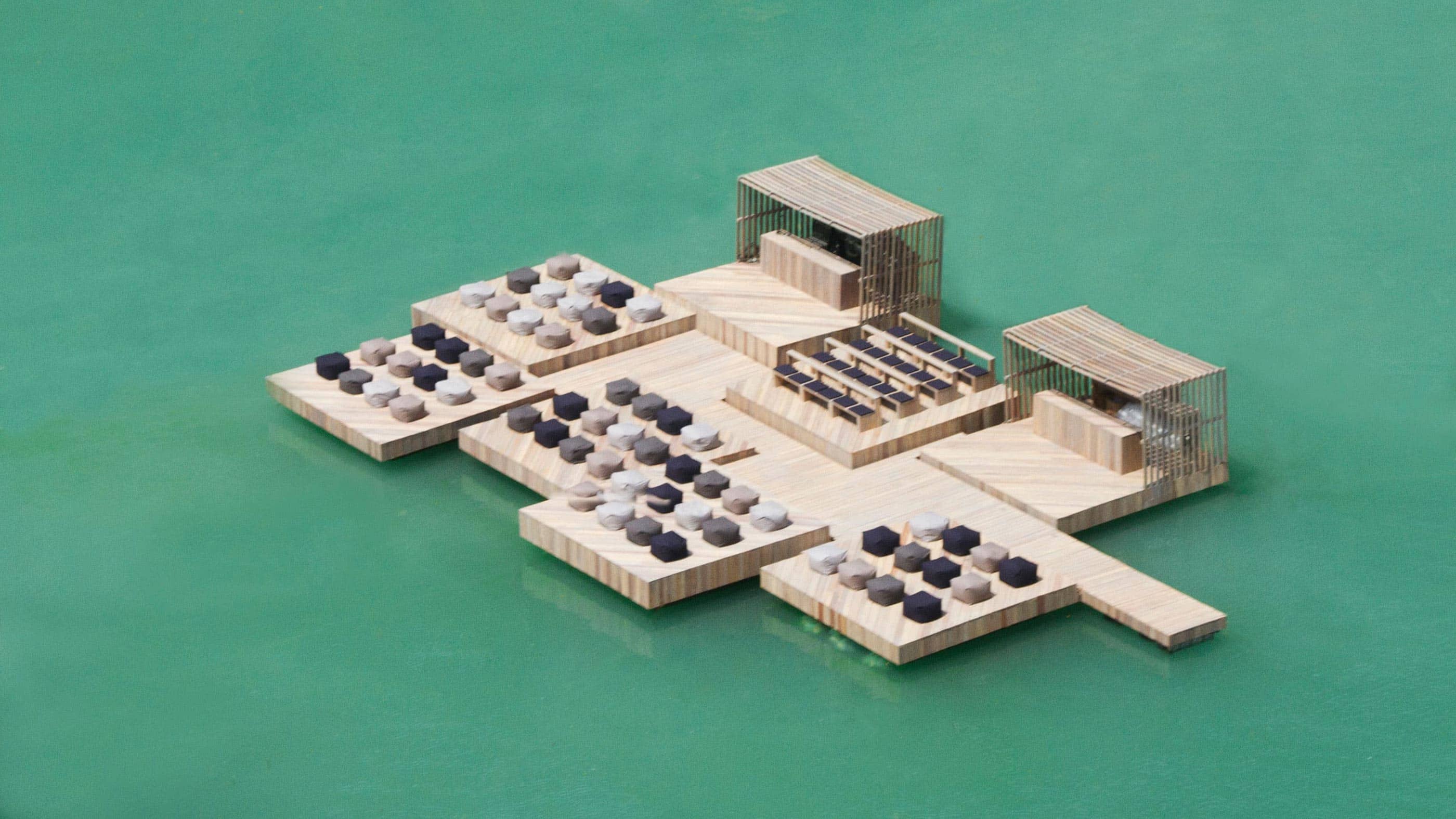 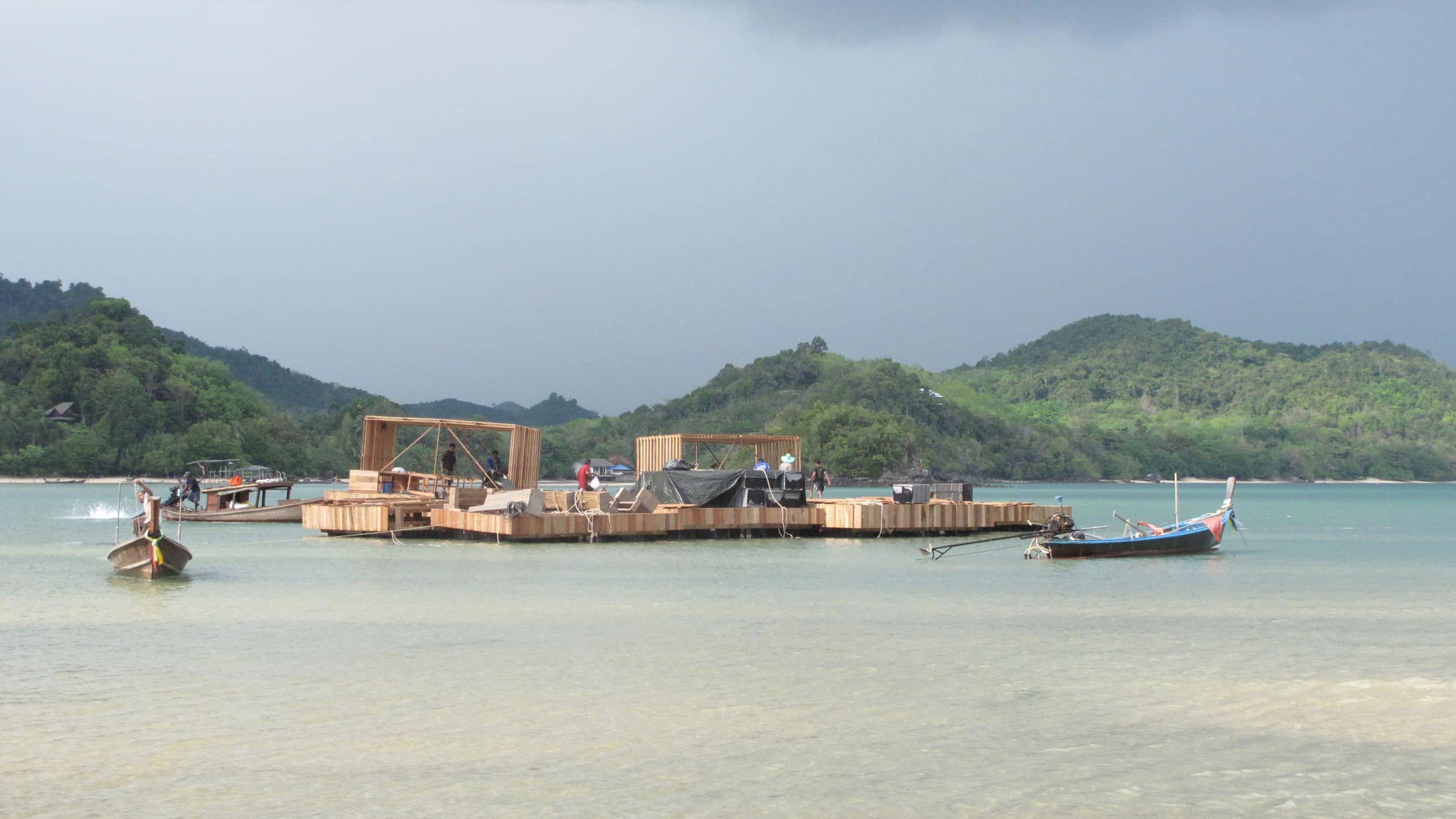 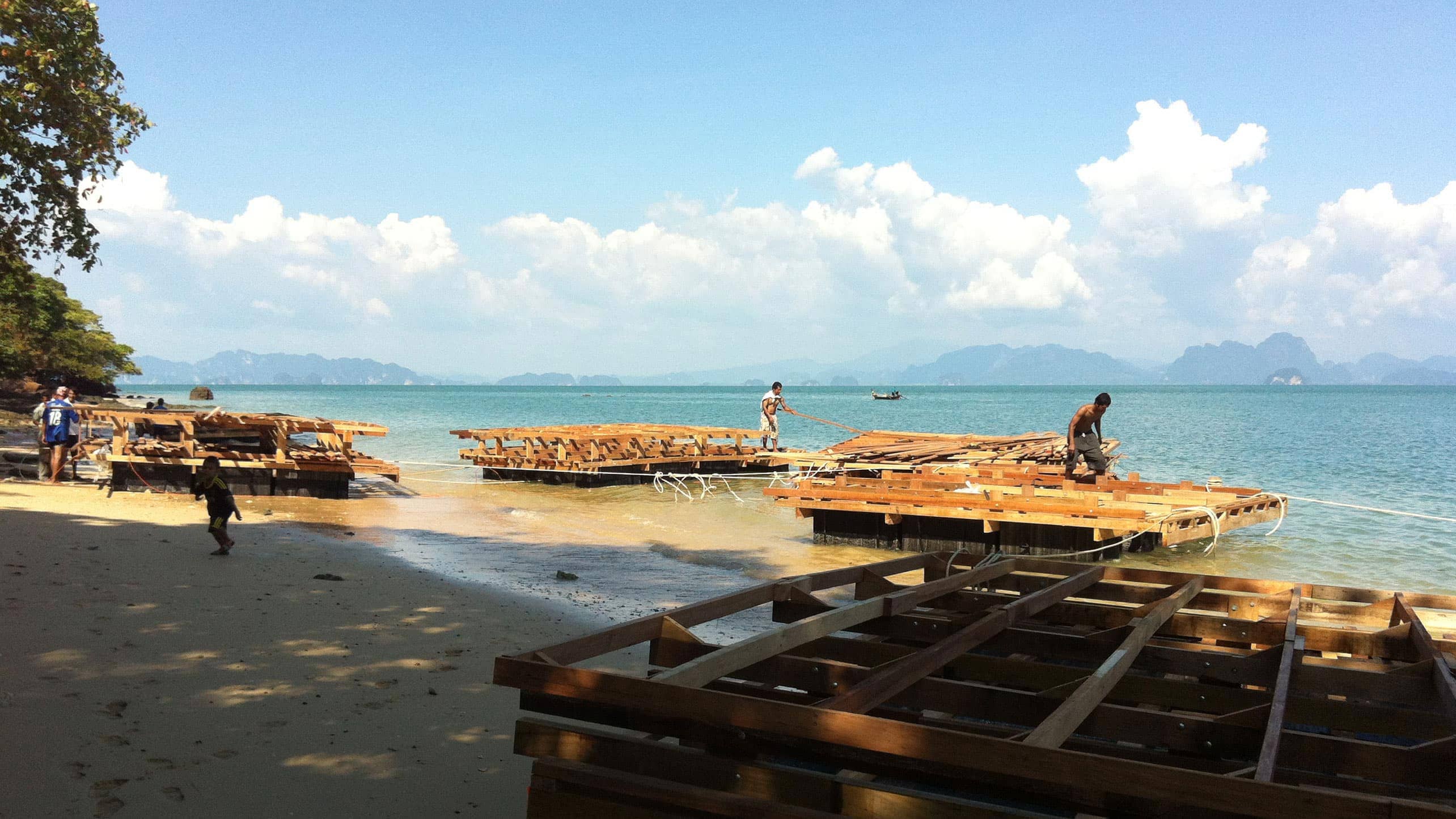 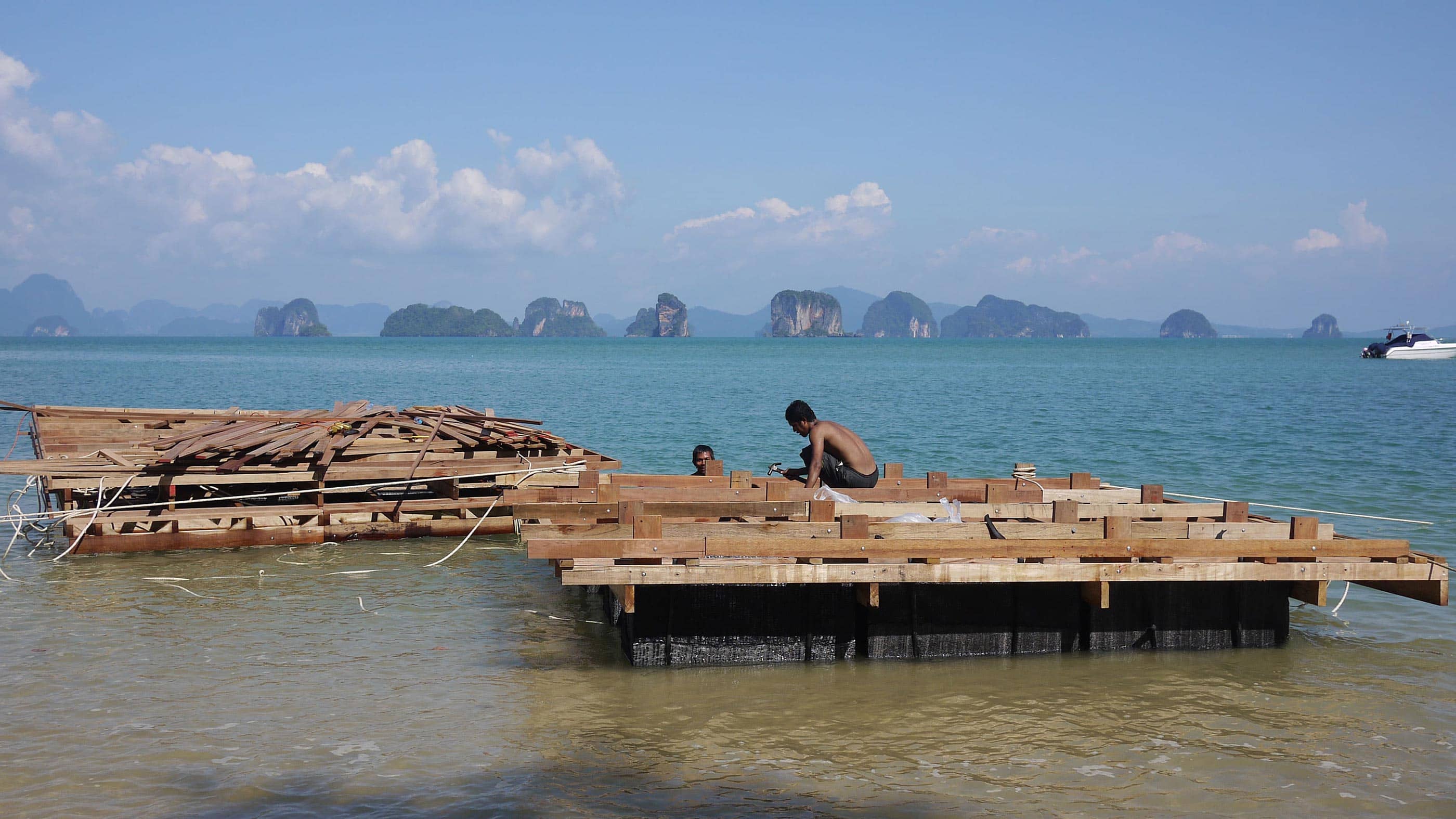 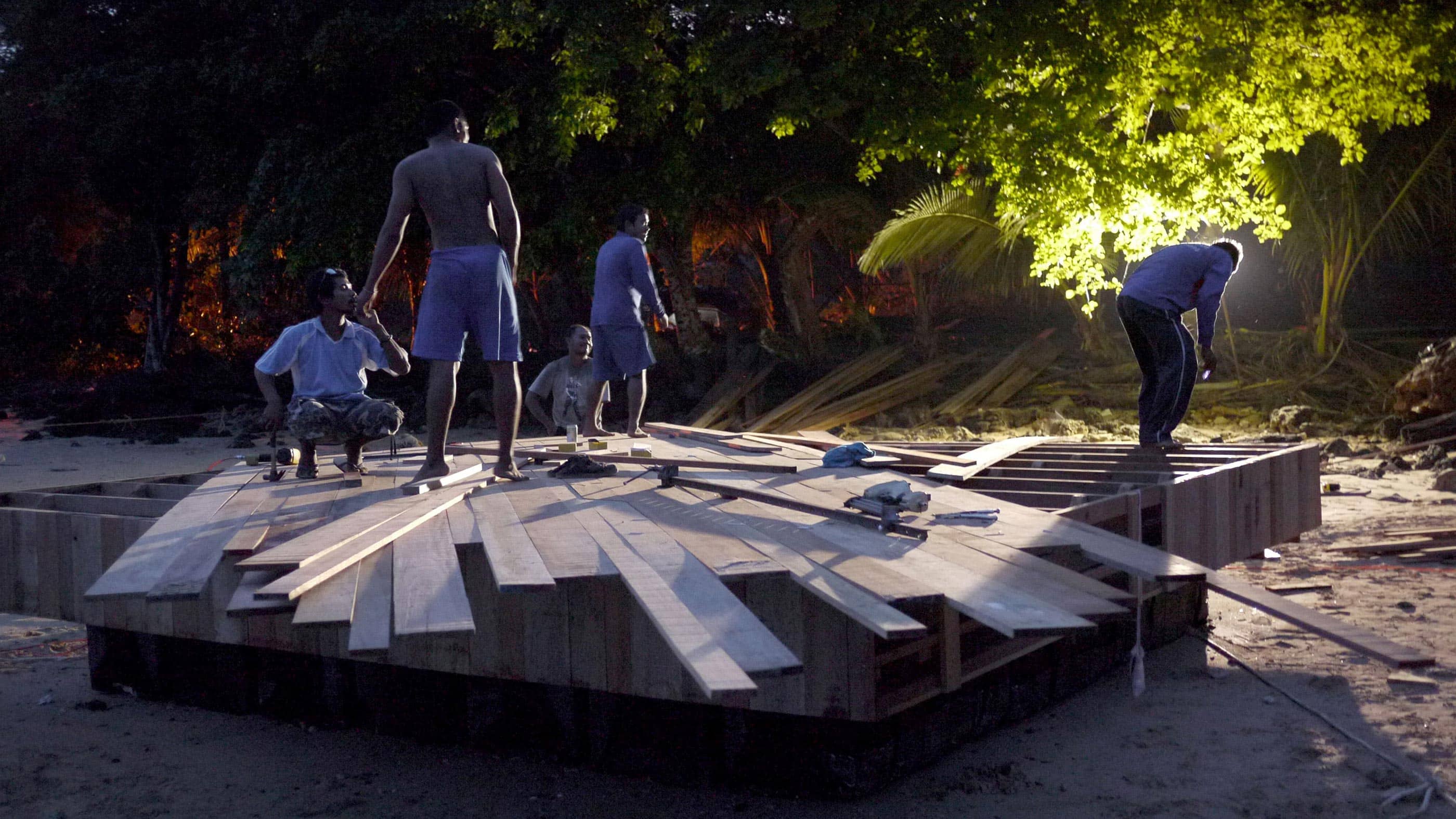 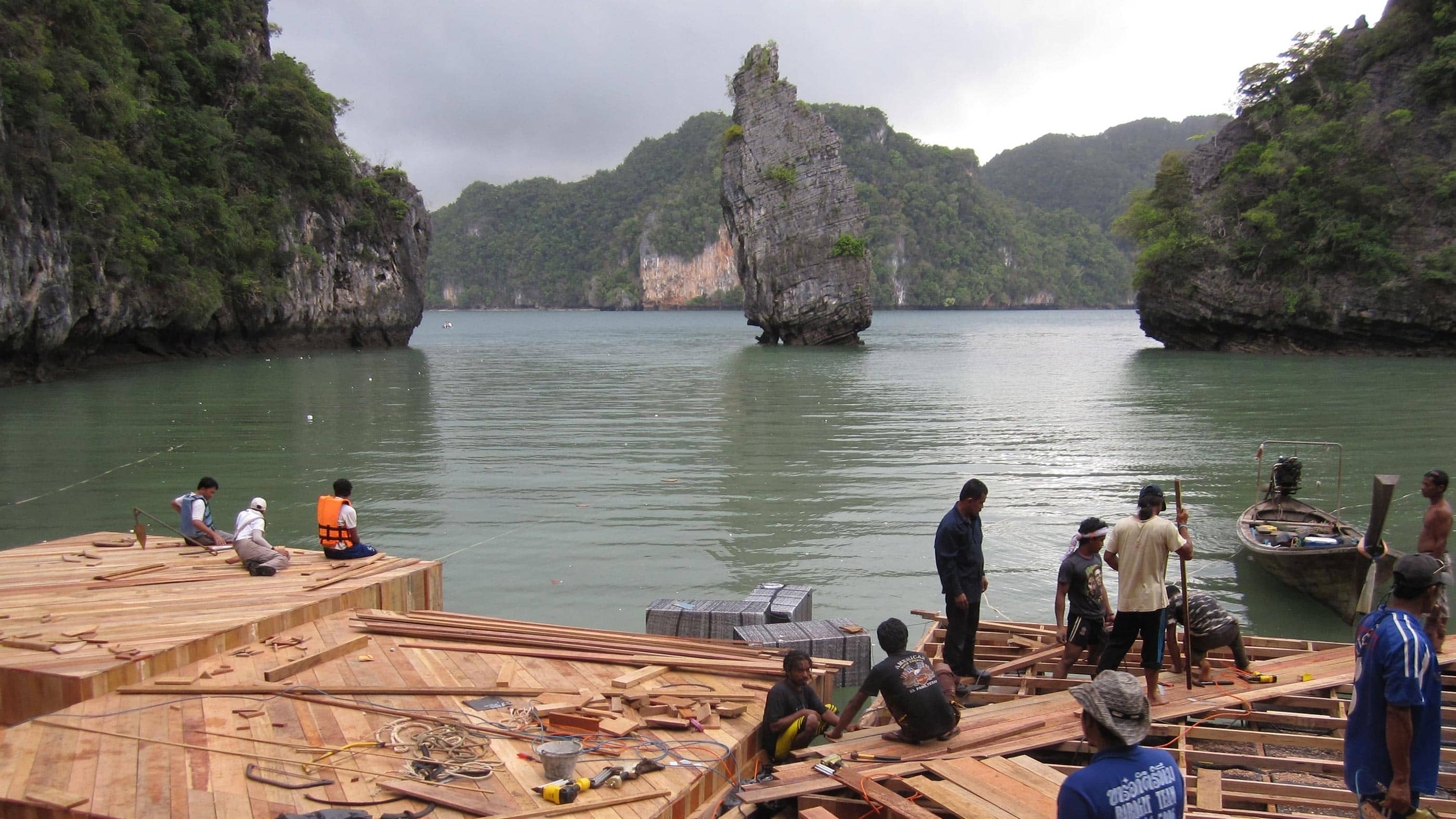 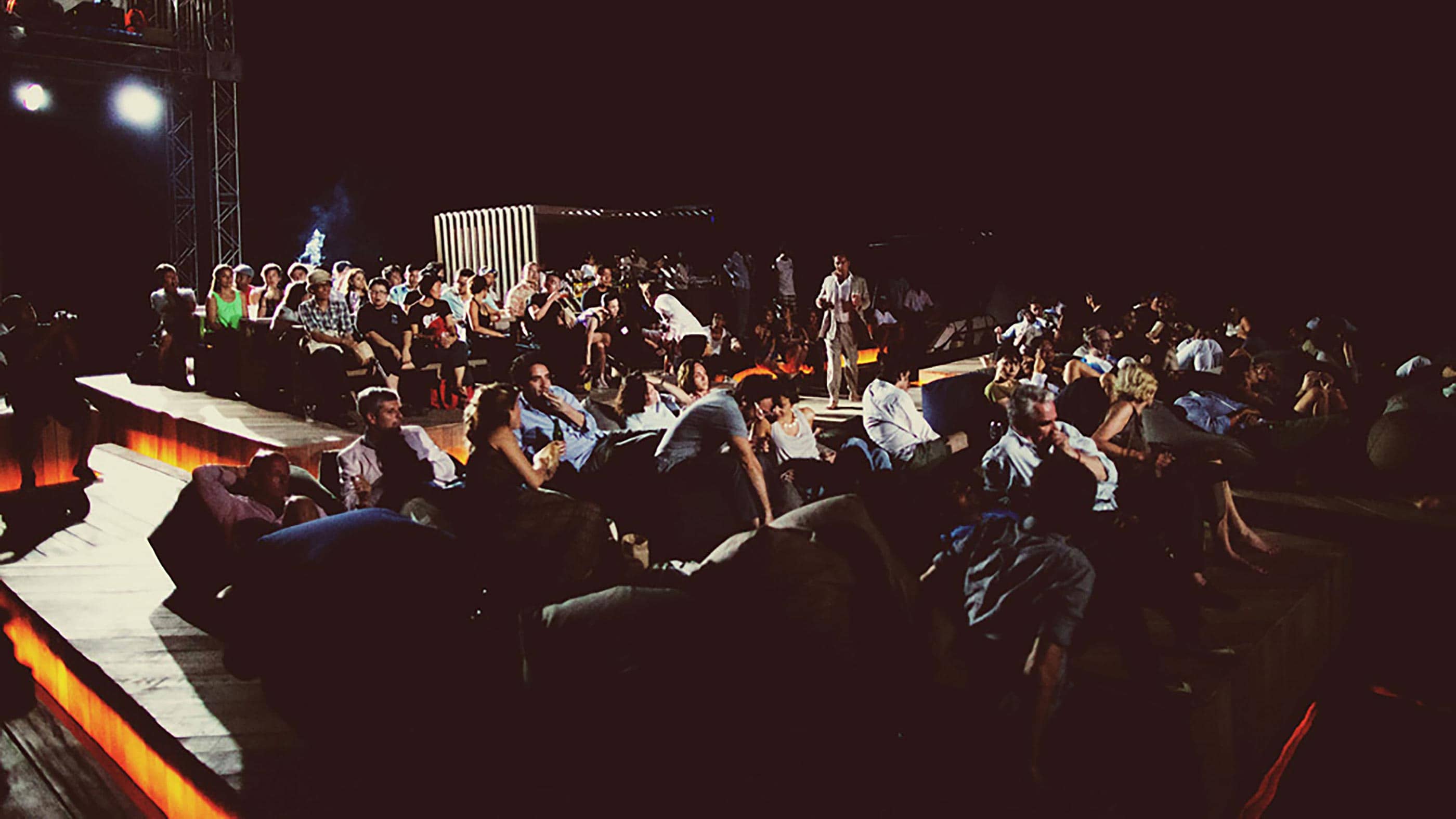 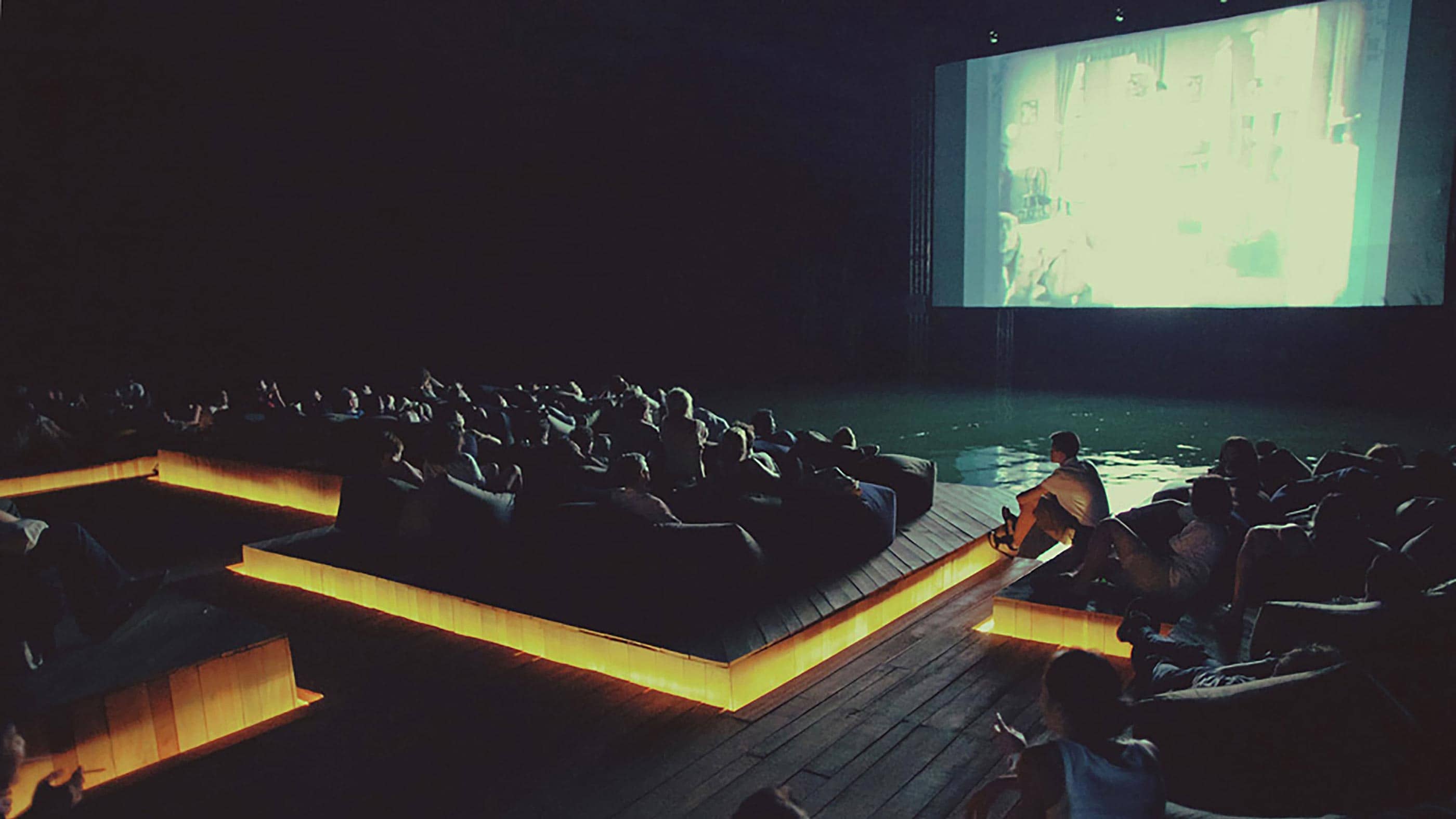 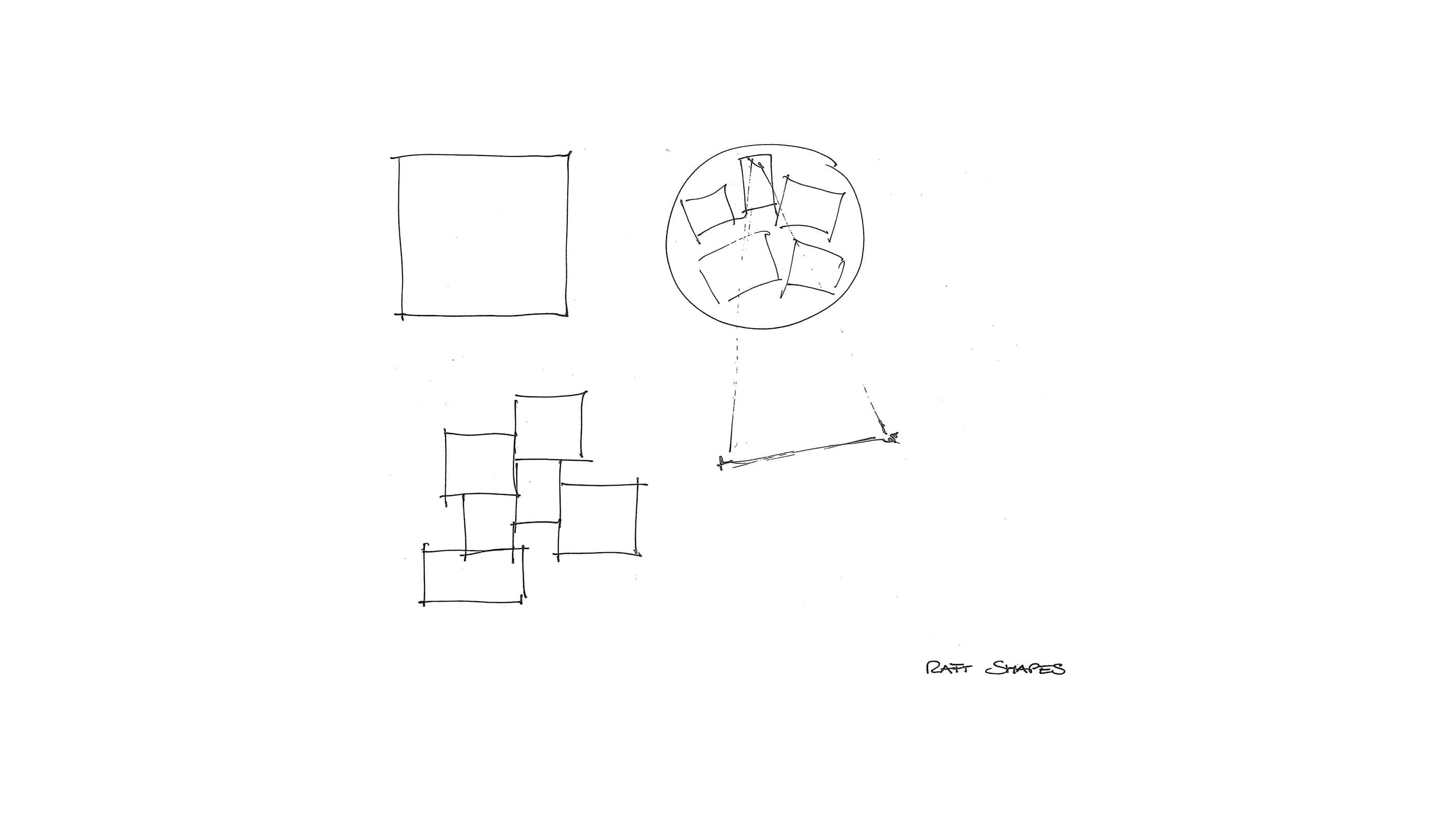 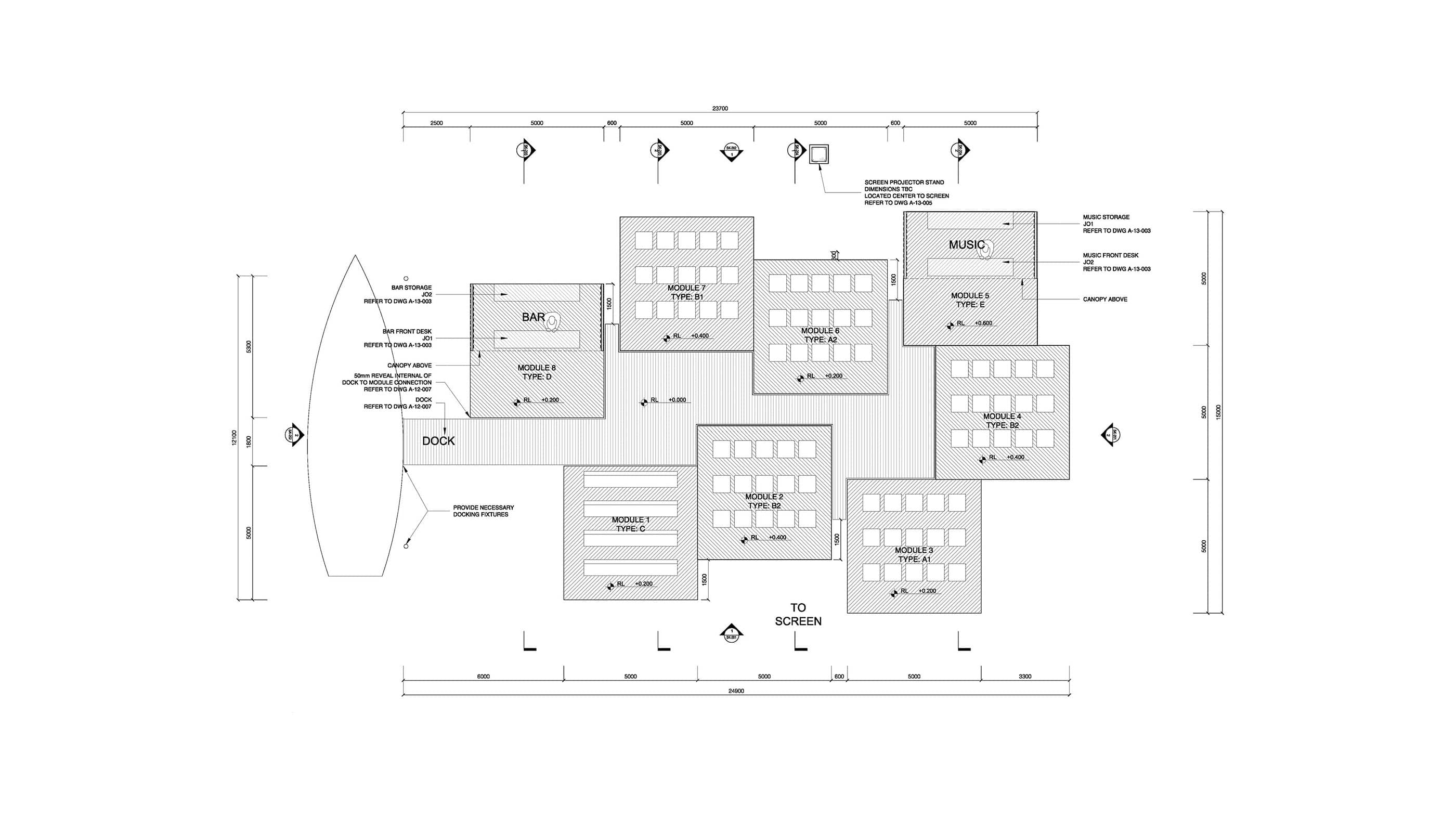 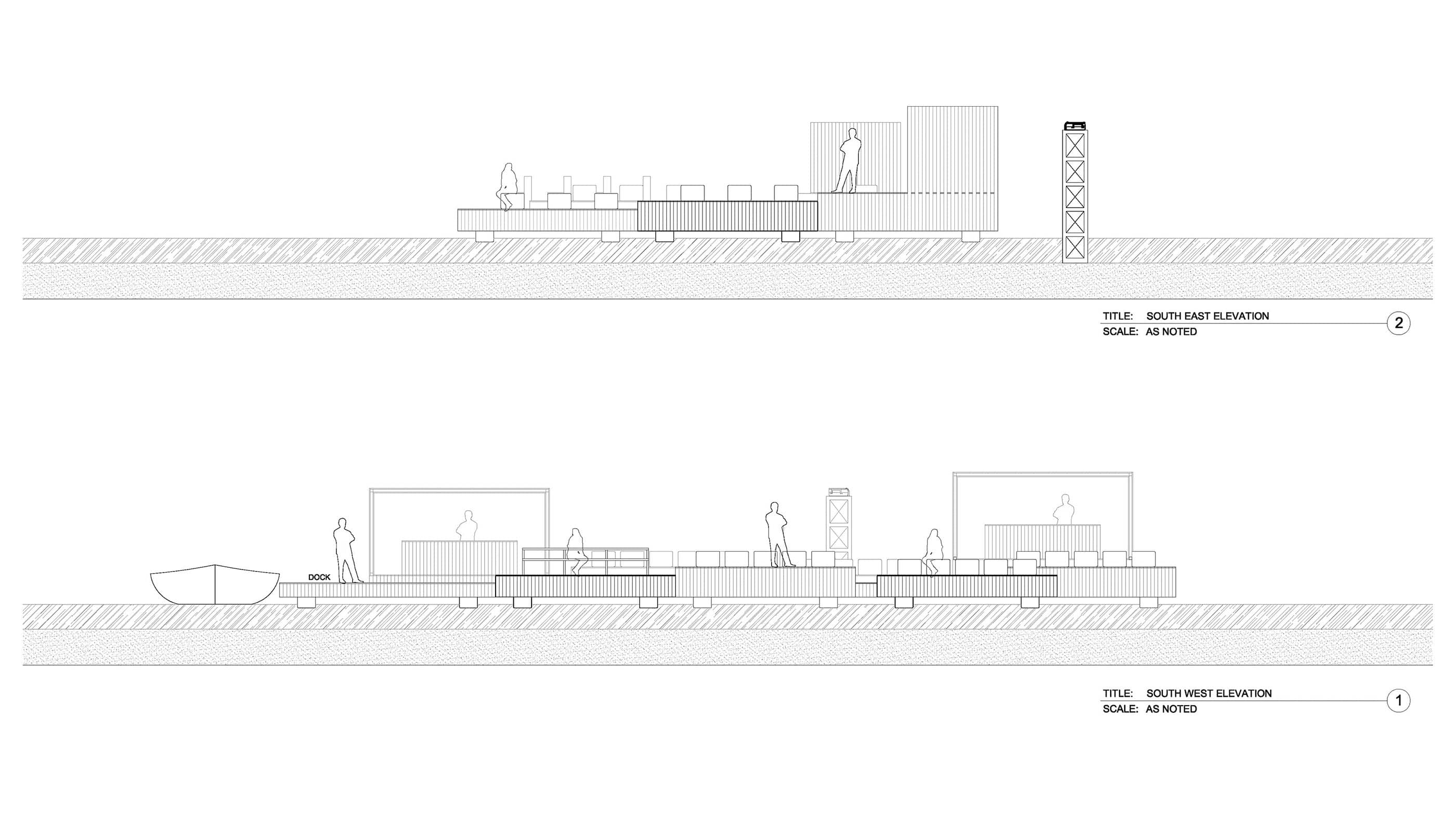 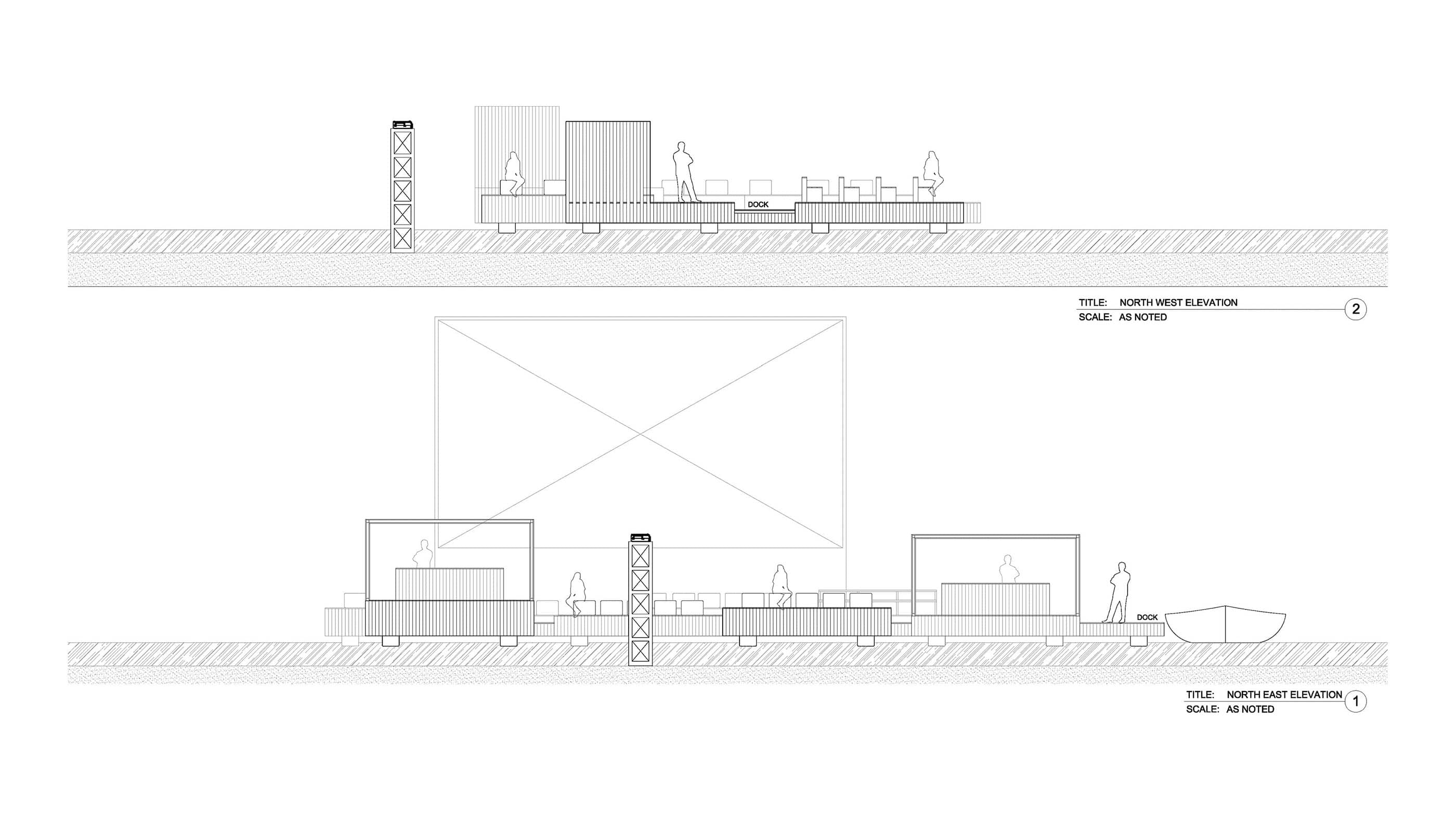 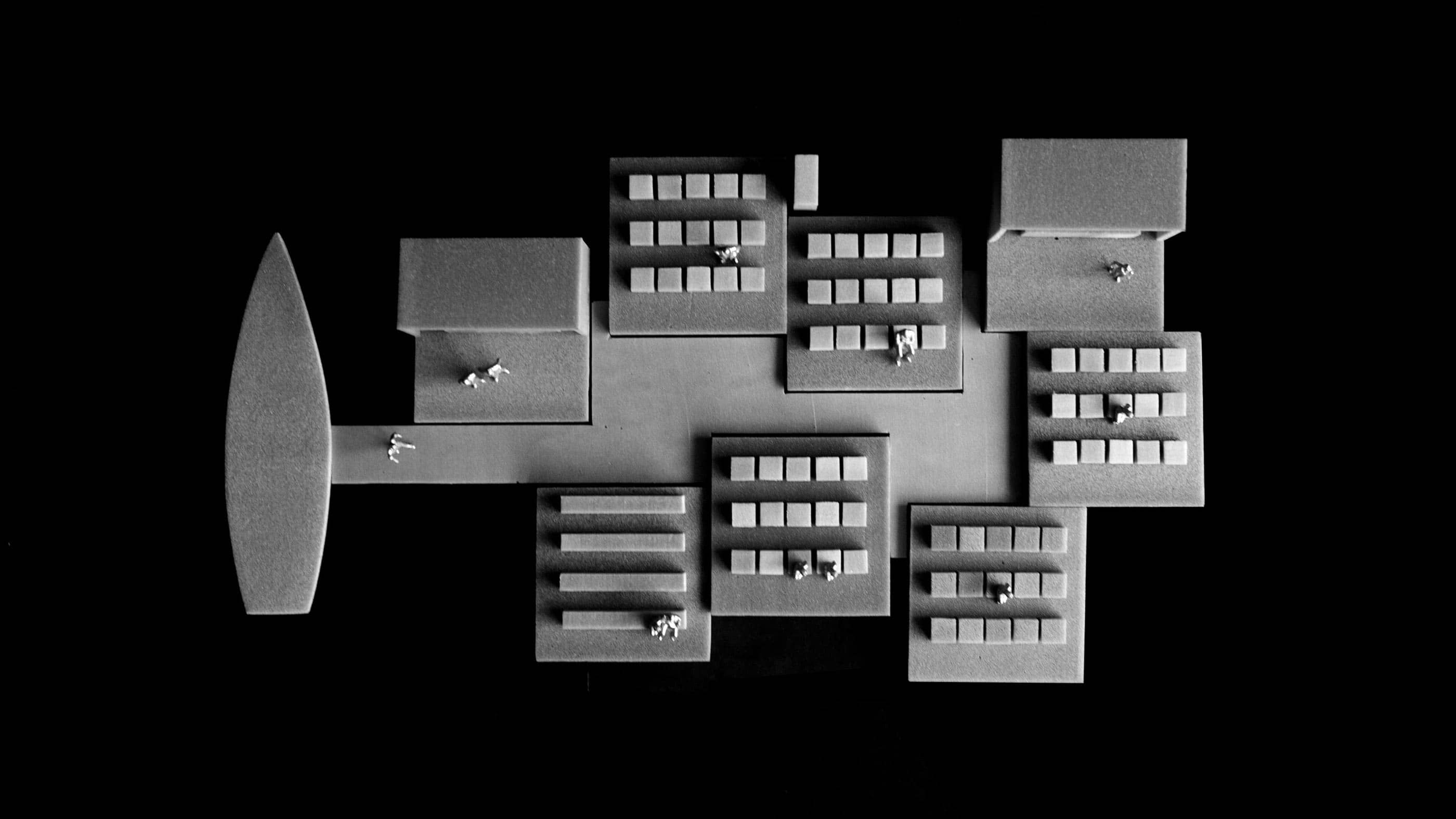 When we first arrived at the lagoon, the water was calm. Nothing like the choppy boat ride that took us here. There was a beach, and a backdrop of a huge wall of rocks. Two smaller rocks stood like teeth out of the water, forming a porous enclosure, inscribing an almost circular space.

The thought of watching films here seemed surprising: A screen, nestled somewhere between the rocks. And the audience… floating. Hovering above the sea, somewhere in the middle of this incredible space of the lagoon, focused on the moving images across the water. A landscape of pieces playfully joined together. A sense of temporality, randomness. Almost like drift wood. Or maybe something more architectural. Modular pieces, loosely assembled, like a group of little islands. A congregation of rafts as an auditorium. Archipelago Cinema.

Local fishermen farm lobsters on rafts. Wooden frames are tied by rubber straps to foam blocks wrapped in mosquito nets. A simple construction. A local technique. Adopted to build the floating cinema. Recycled wood and materials. Reusable modularity of the raft. Assembled, disassembled. Reconfigured, reused. After the screening, it will go back to the local community. As a stage, a playground. As an event platform, an assembly space. As something that belongs to them, that was merely borrowed. As something, that is flexible, that can be towed anywhere. And as something that can appear, from time to time, to host a few people watching movies.