Archipelago Cinema, an auditorium raft designed to float on the sea, premiered at the inaugural edition of the Film on the Rocks Yao Noi Festival, curated by Apichatpong Weerasethakul and Tilda Swinton The Festival, which took place from 9th-12th March 2012, is set to become an annual meeting place for art and film.

The final night of the first edition of Film on the Rocks Yao Noi took place on Archipelago Cinema, designed by German-born and Beijing-based architect Ole Scheeren. Guests were taken by boat through the darkness of the sea to arrive on a glowing raft in the middle of the quiet waters of Nai Pi Lae lagoon on Kudu Island. Surrounded by a dramatic landscape of towering rocks emerging from the ocean, the audience experienced an atmospheric convergence of nature and cinematic narratives – primordial notions of light, sound and stories suspended in the darkness between sea and sky.

“The thought of watching films here seemed surprising“ said Ole Scheeren. „A screen, nestled somewhere between the rocks. And the audience… floating… hovering above the sea, somewhere in the middle of this incredible space of the lagoon, focused on the moving images across the water: A sense of temporality, randomness, almost like driftwood. Or maybe something more architectural: Modular pieces, loosely assembled, like a group of little islands that congregate to form an auditorium.“ 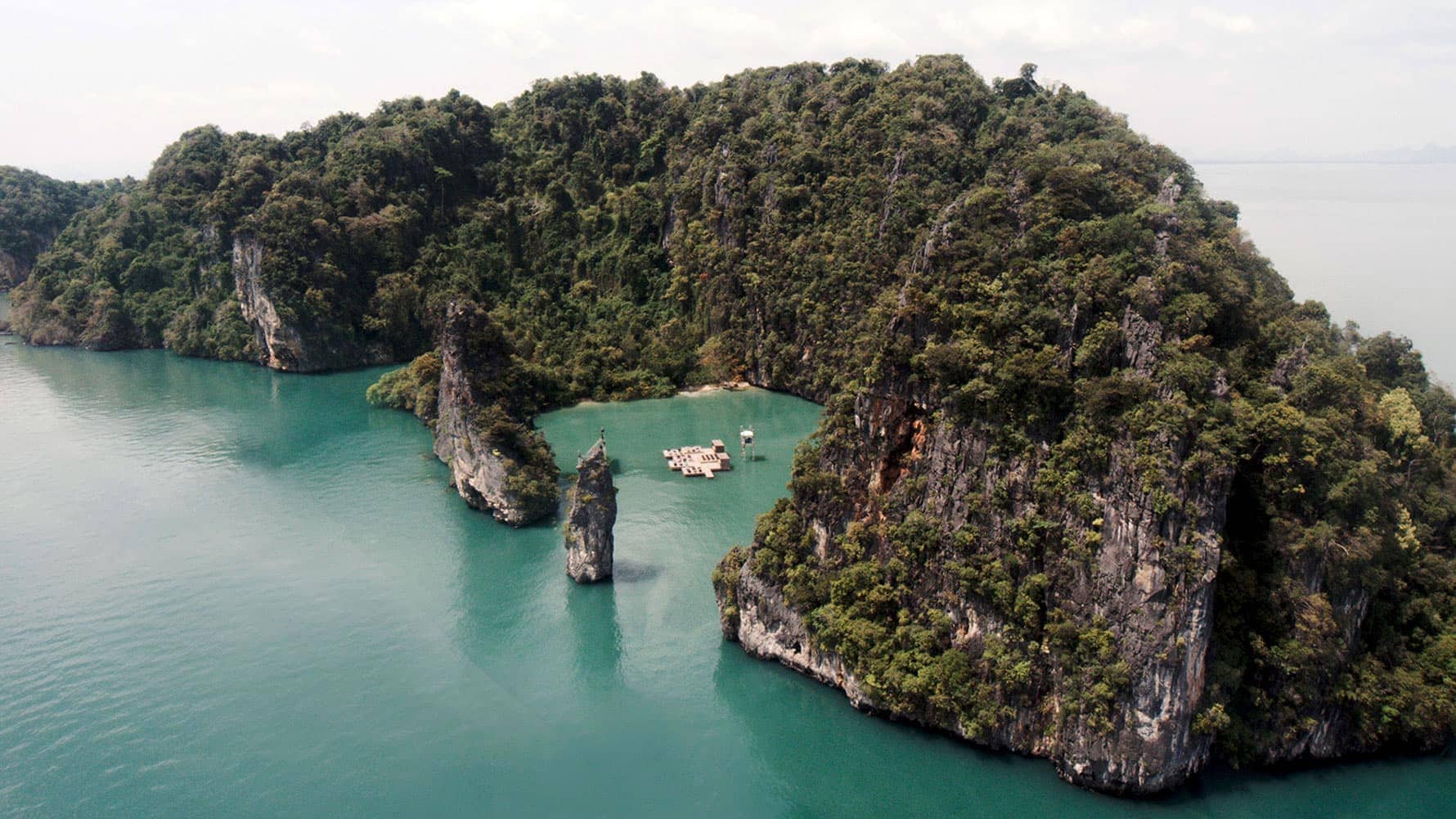 A work with a strong connection to the local community, Archipelago Cinema is based on the techniques used by fishermen to construct floating lobster farms. The raft is built out of recycled materials as a series of individual modules to allow for flexibility for its future use. Subsequent to a journey which will see the raft travel to further places as an auditorium for other film screenings on water, it will eventually return to the island and be donated to its actual builders, the community of Yao Noi, as its own playground and stage in the ocean. 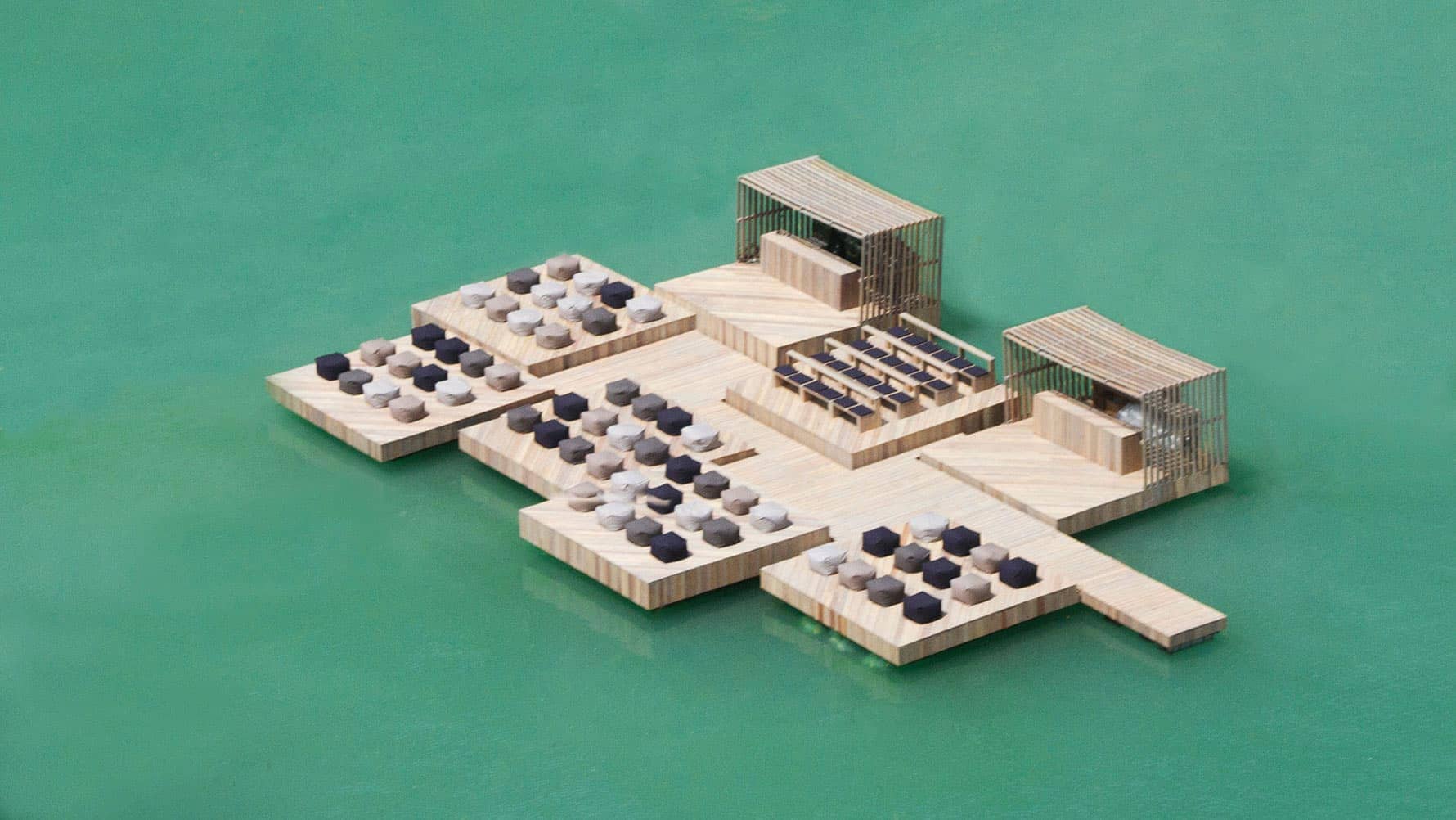 Archipelago Cinema is a collaboration between the Film on the Rocks Yao Noi Foundation and Ole Scheeren. With Archipelago Cinema, Ole Scheeren further explores his continued interest in non-architectural projects and interventions, and in creating alternative scenarios and realities by combining an ability to comprehend diverse yet specific contexts with the power of imagination and fantasy. Previous projects by Ole Scheeren which transcend the boundaries of architectural production include, among others, the Marfa Drive-In (a drive-in cinema in the desert of Texas), and the exhibition Cities on the Move, which Ole Scheeren co-curated and scenographed in Bangkok in 1999. 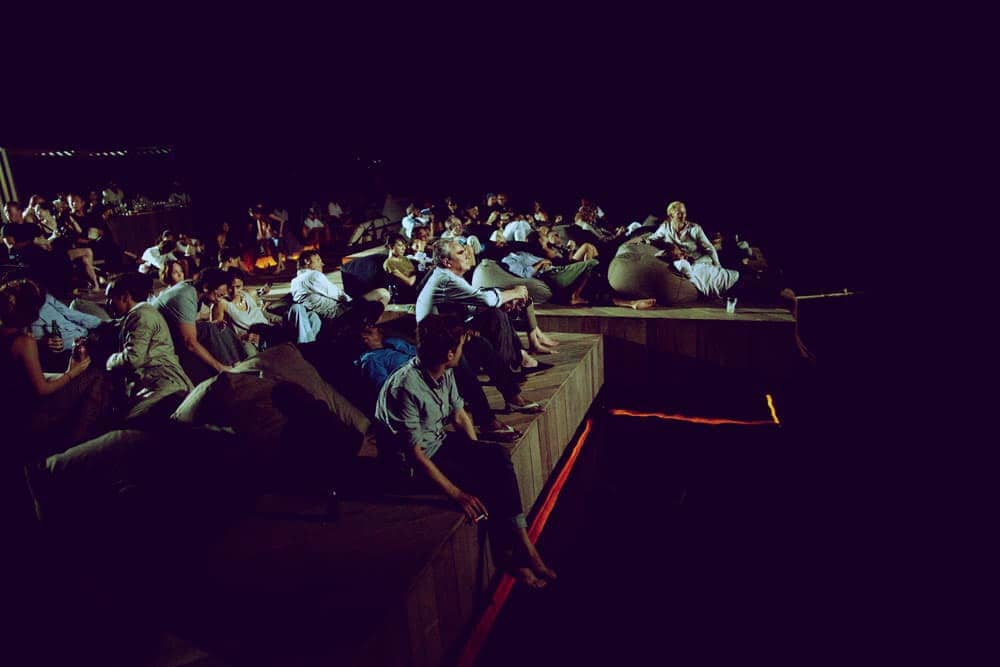