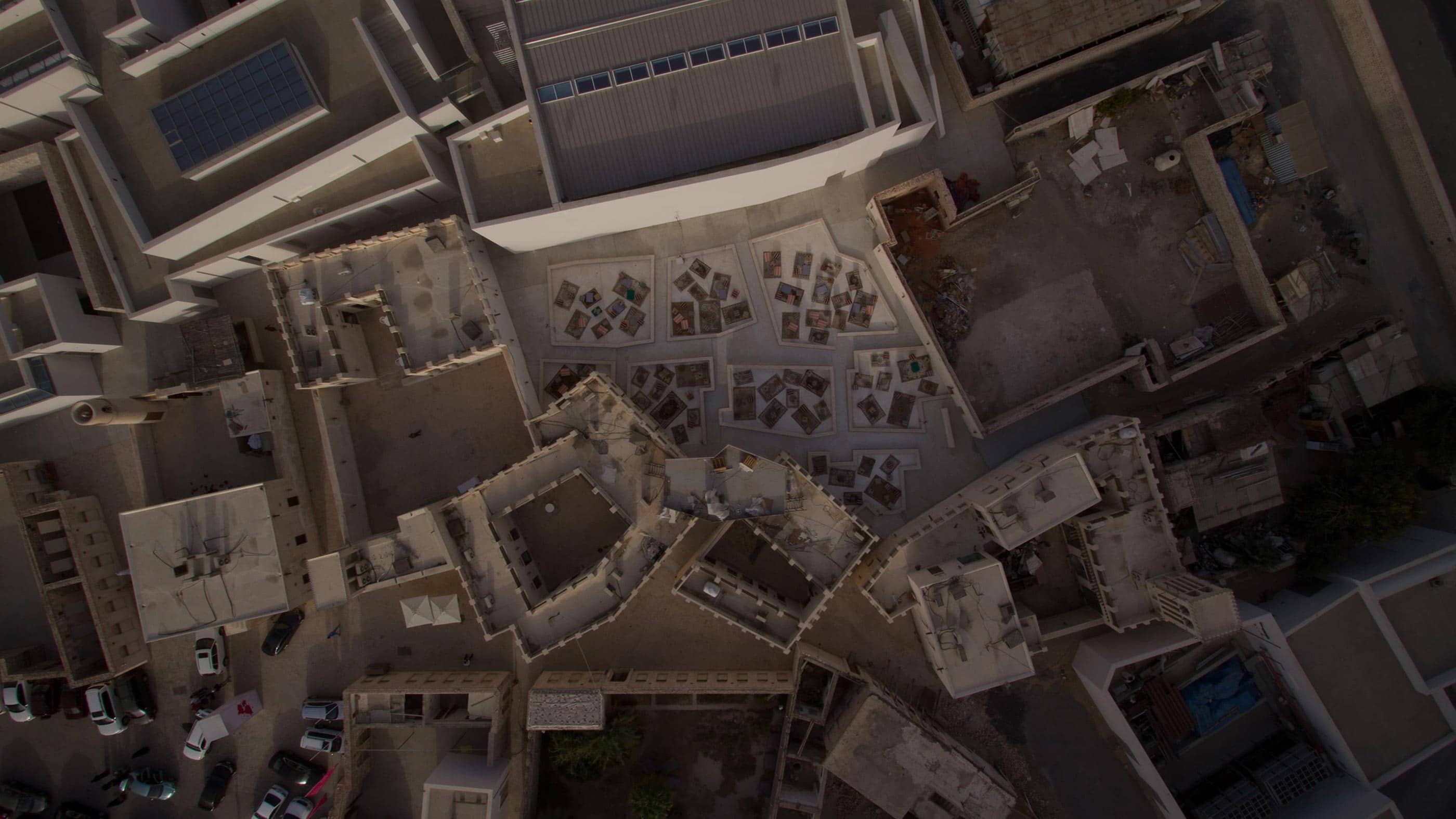 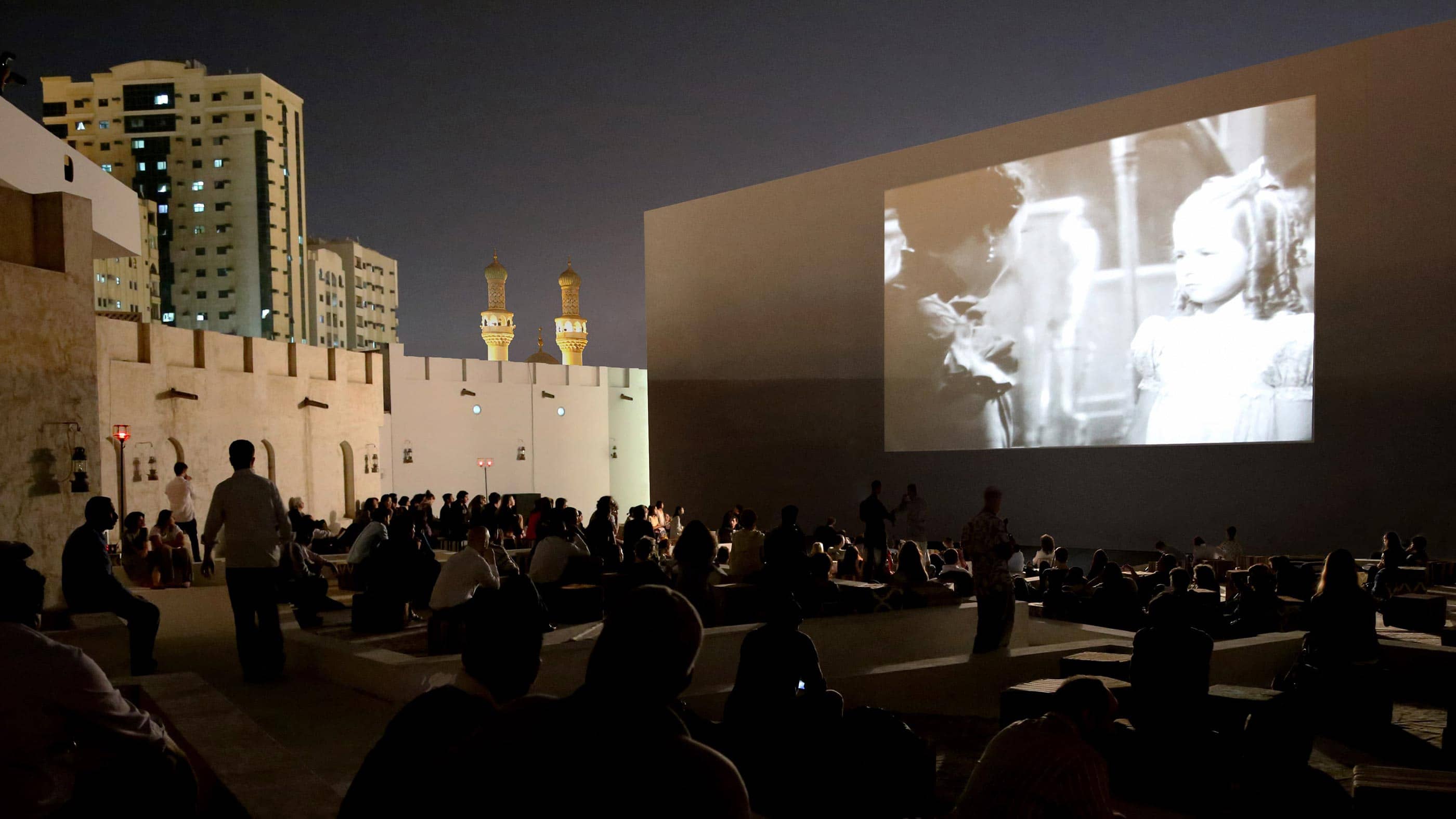 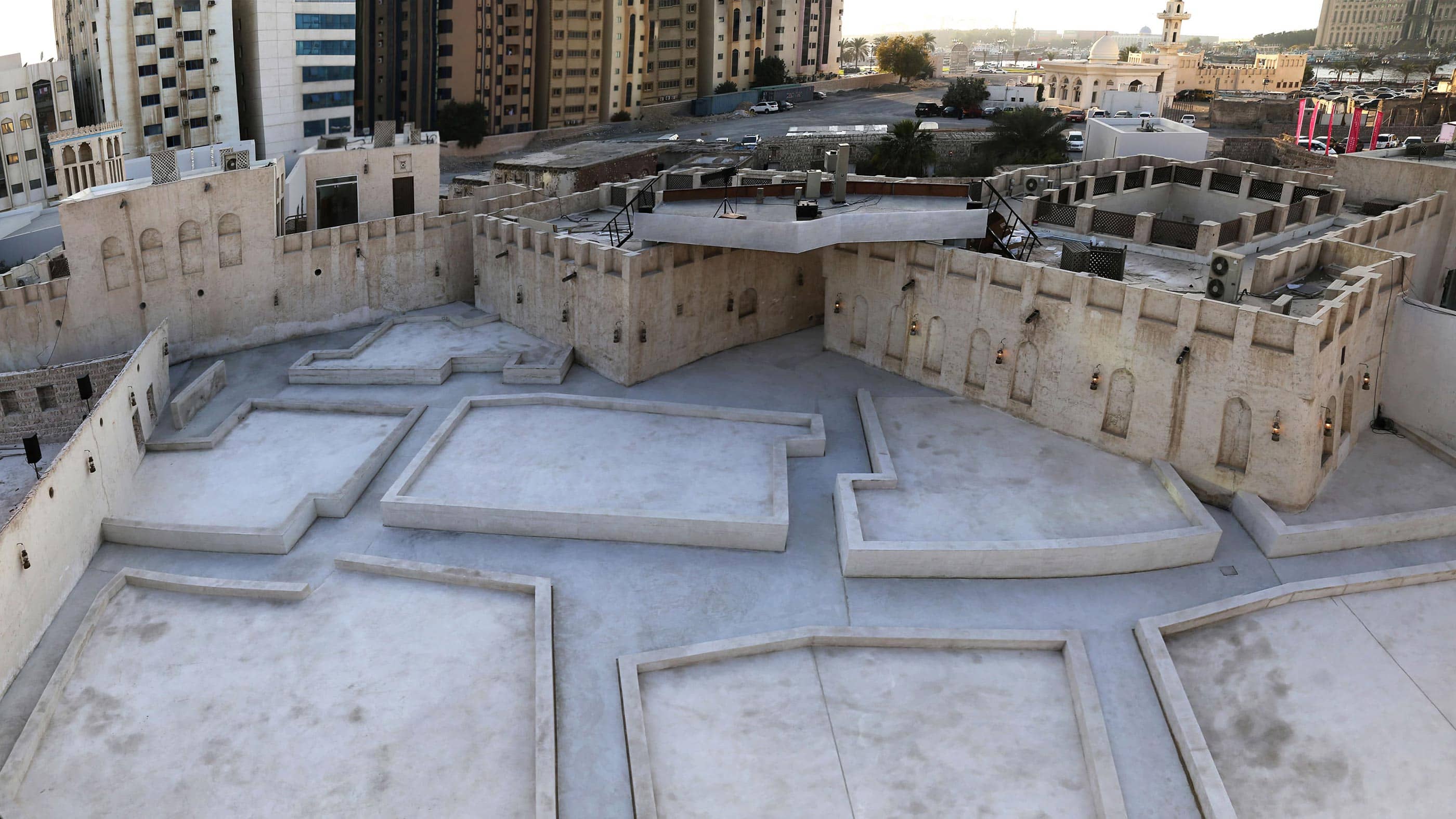 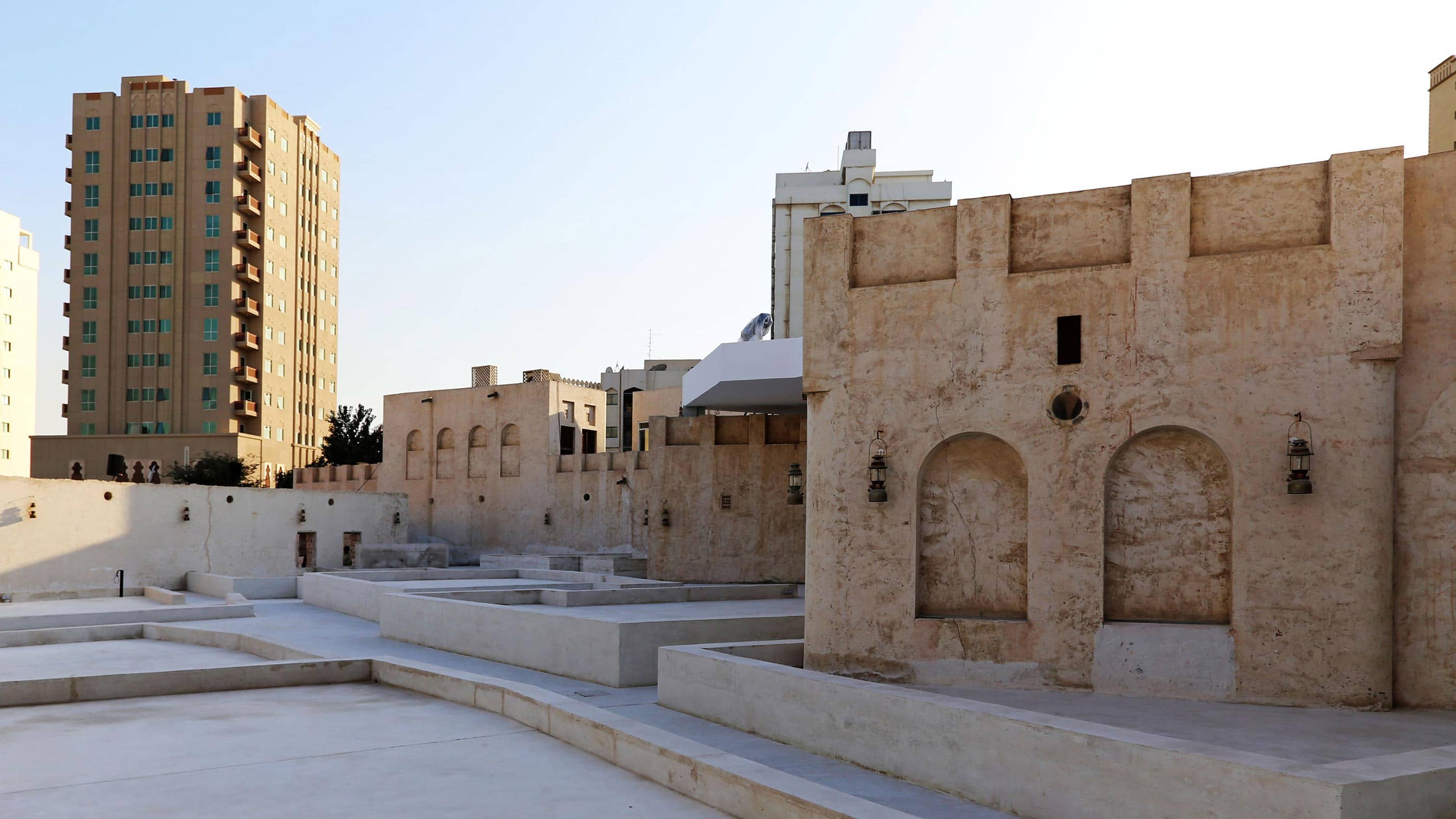 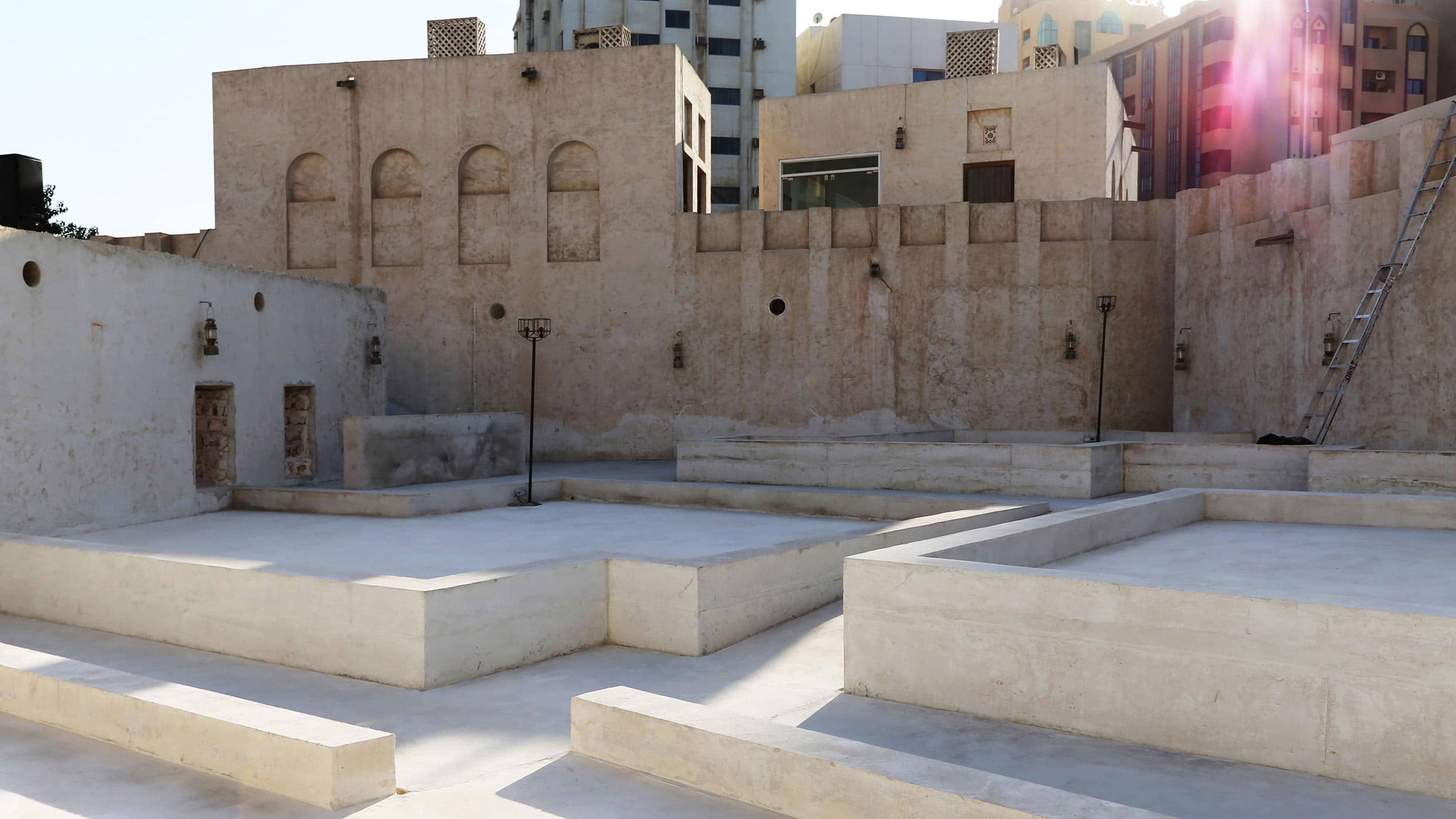 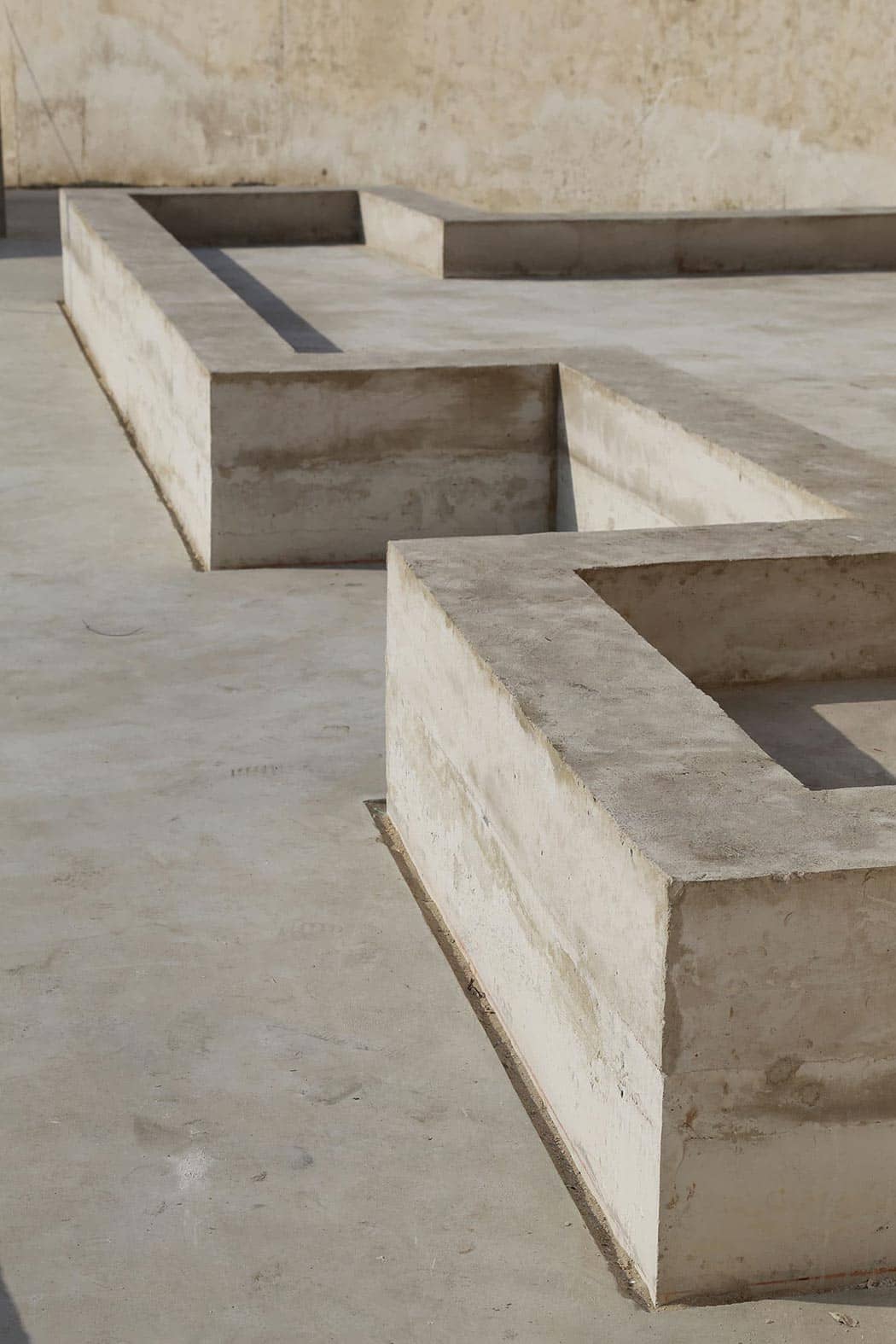 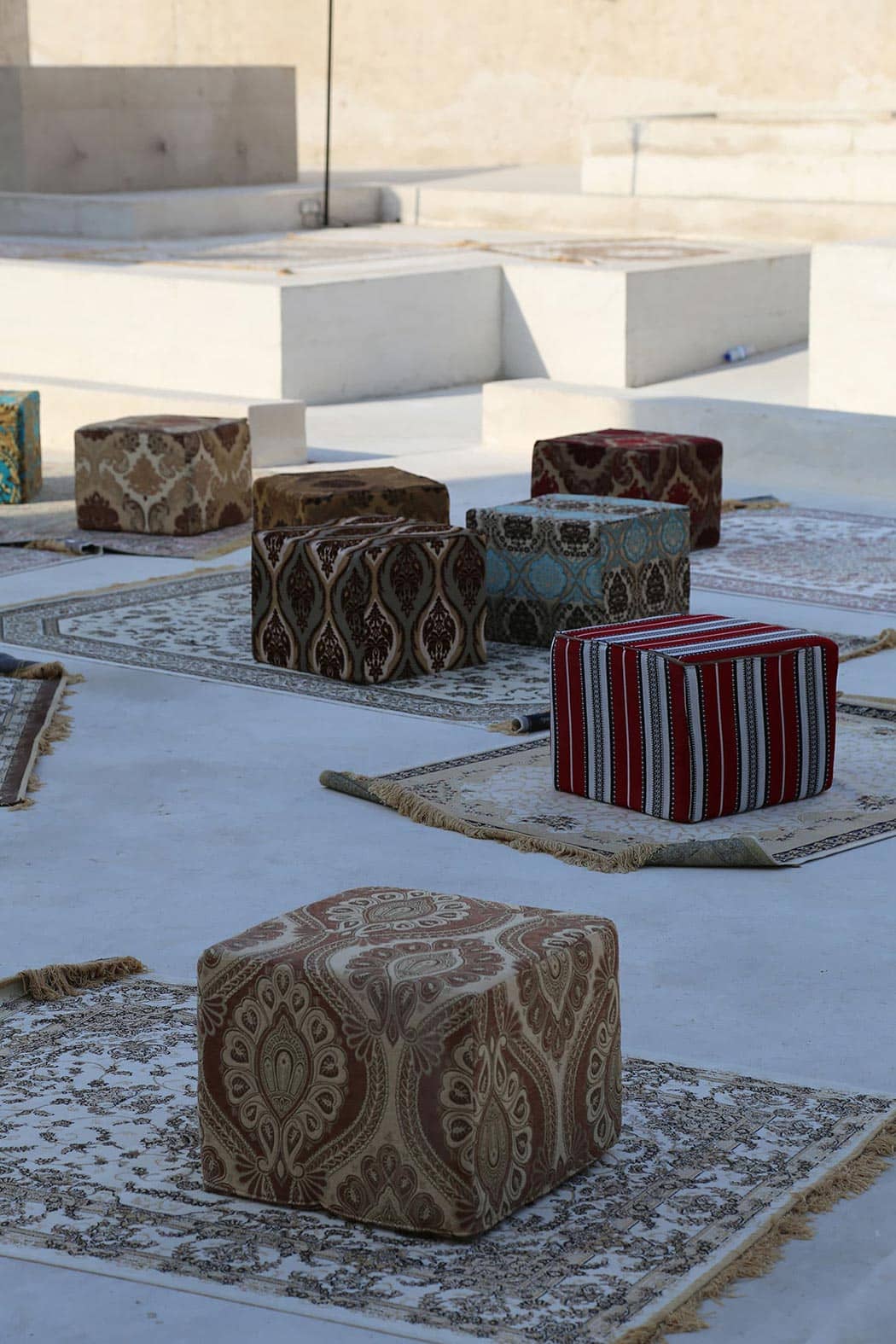 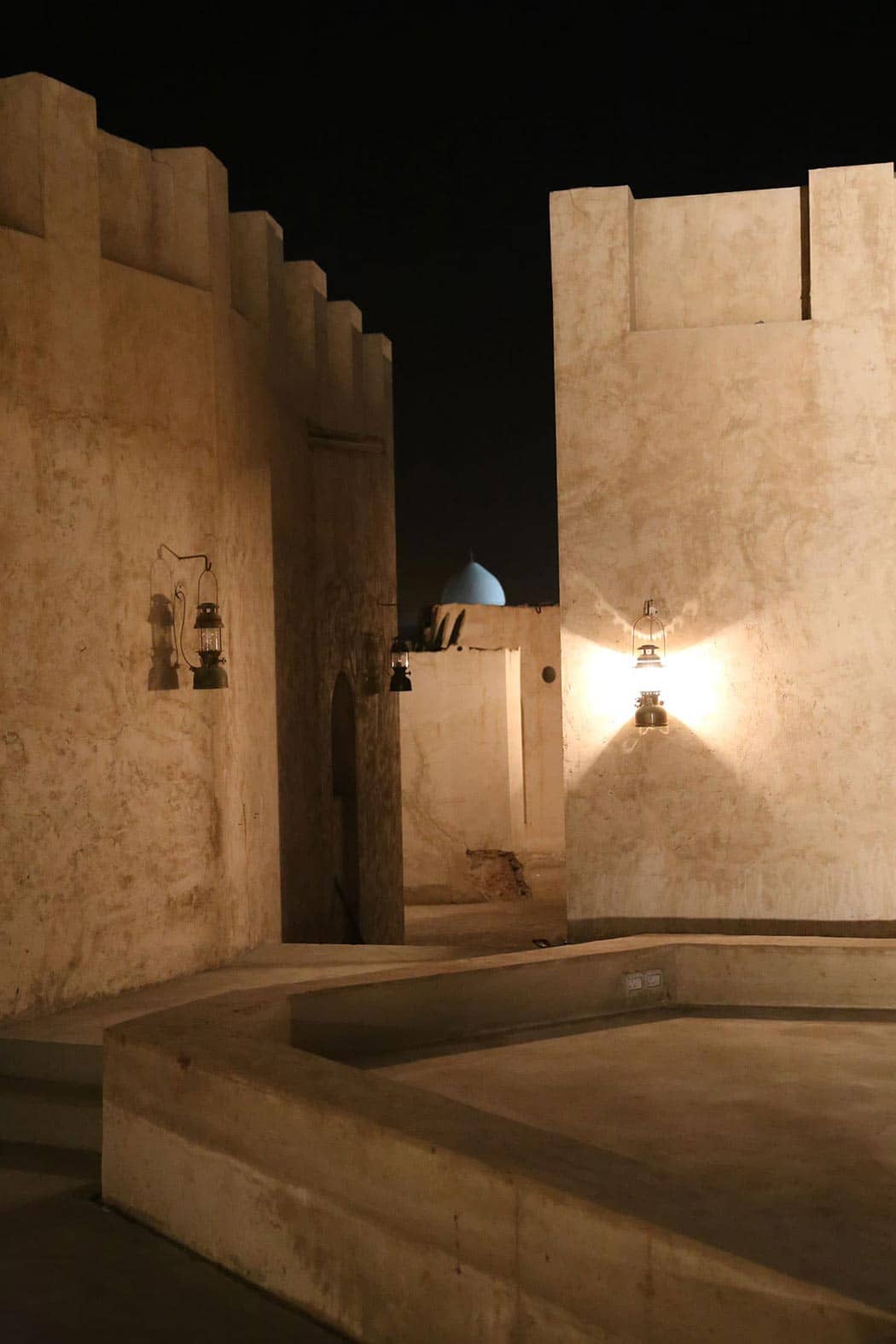 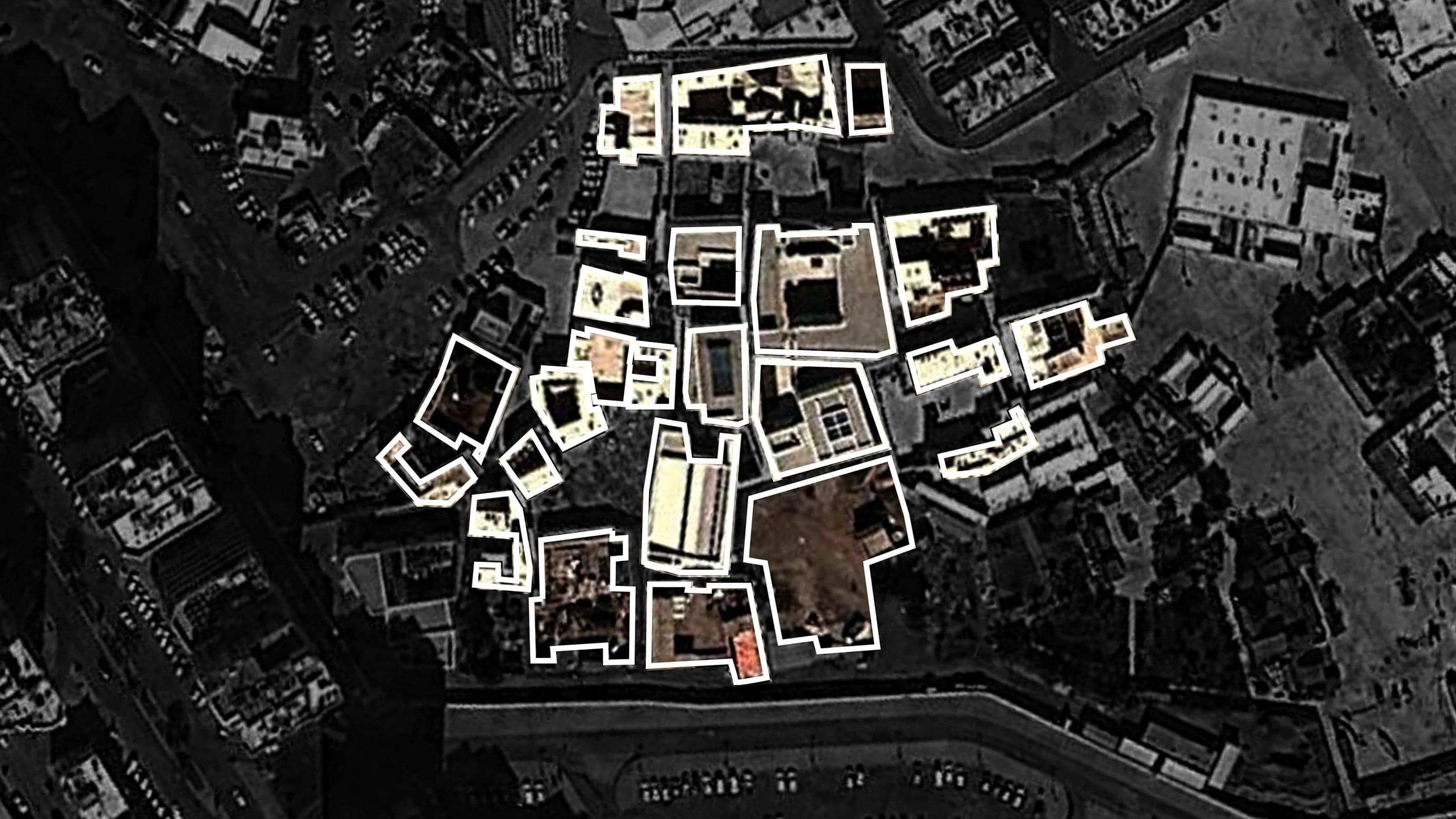 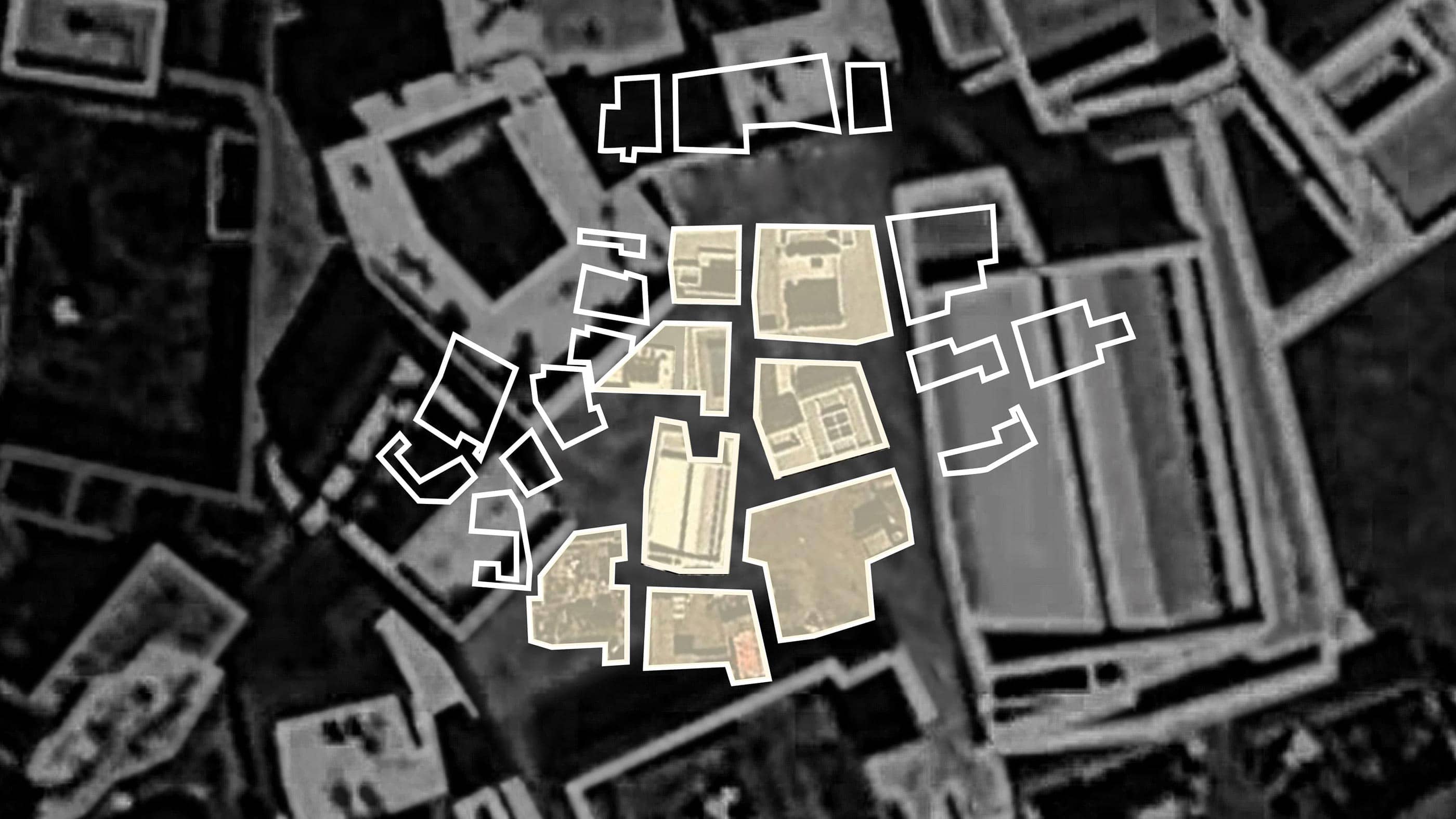 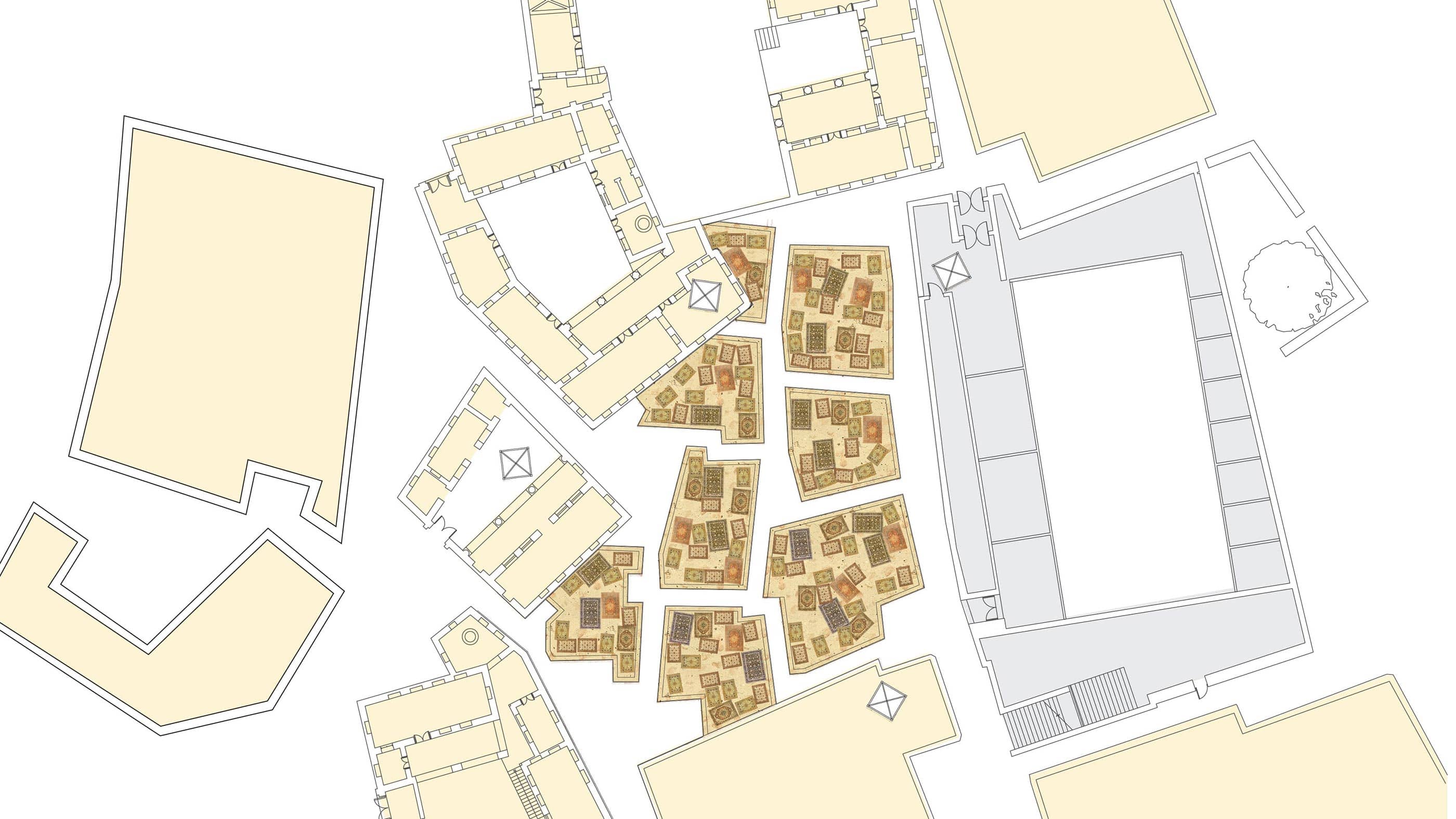 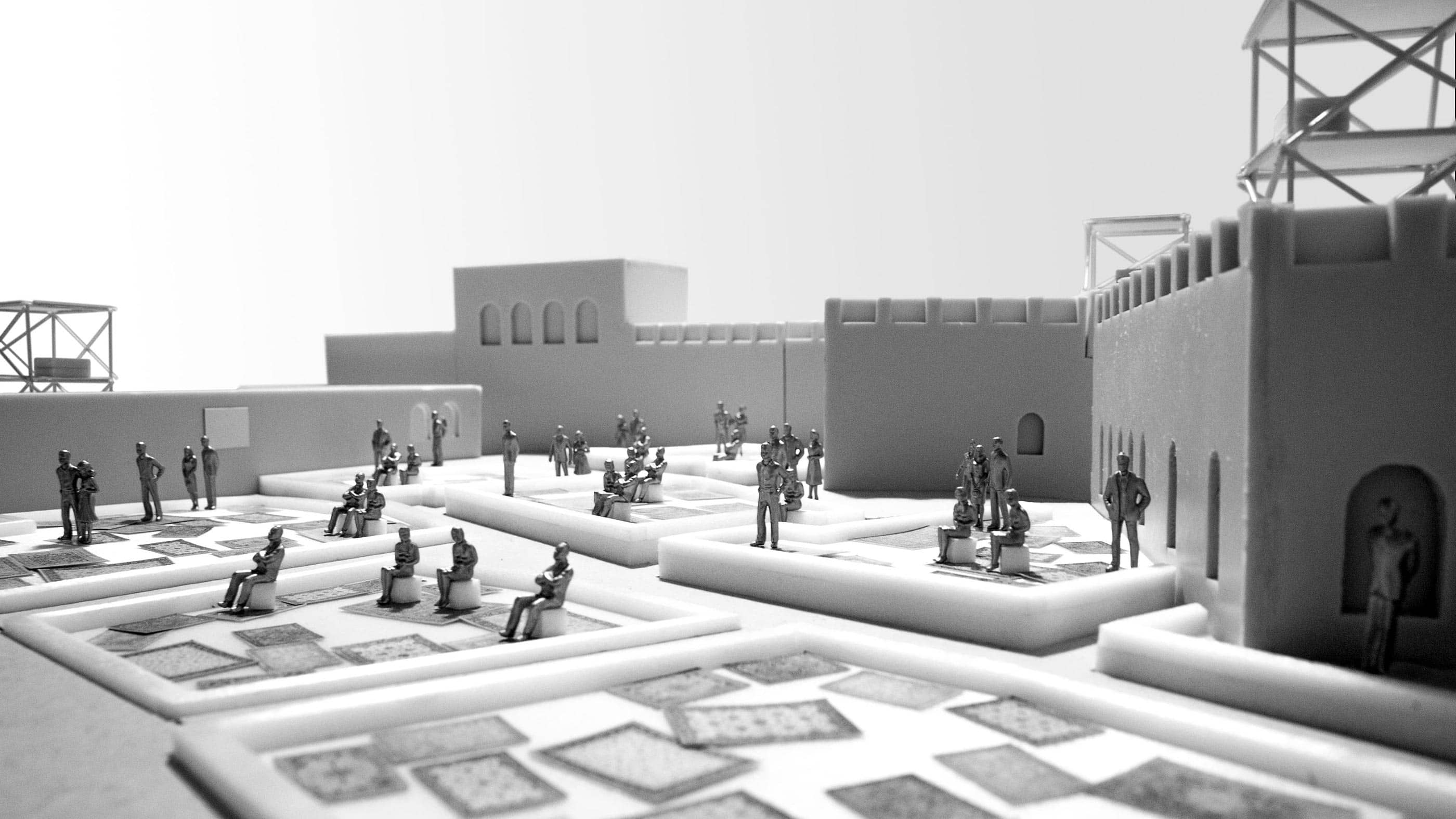 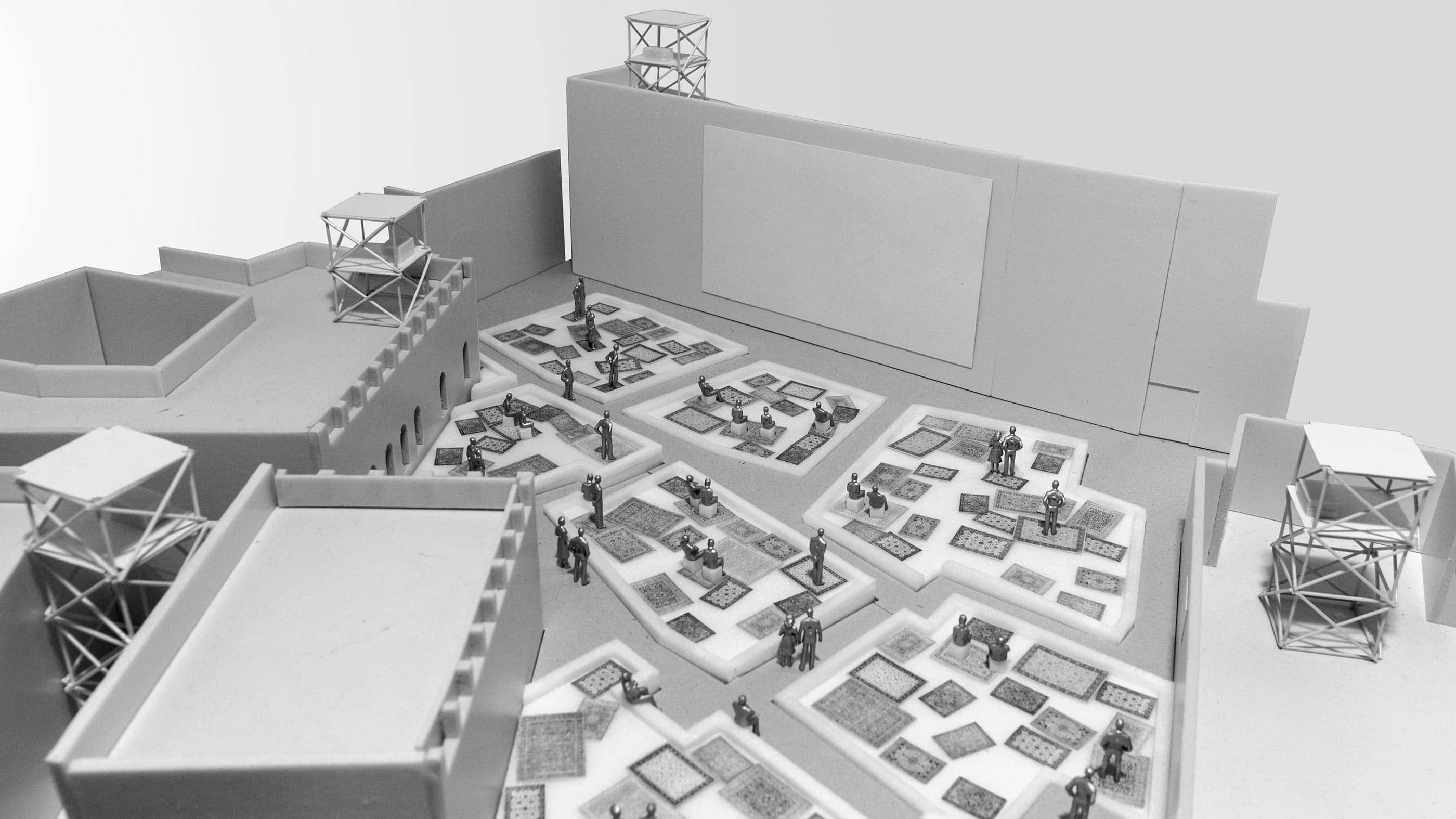 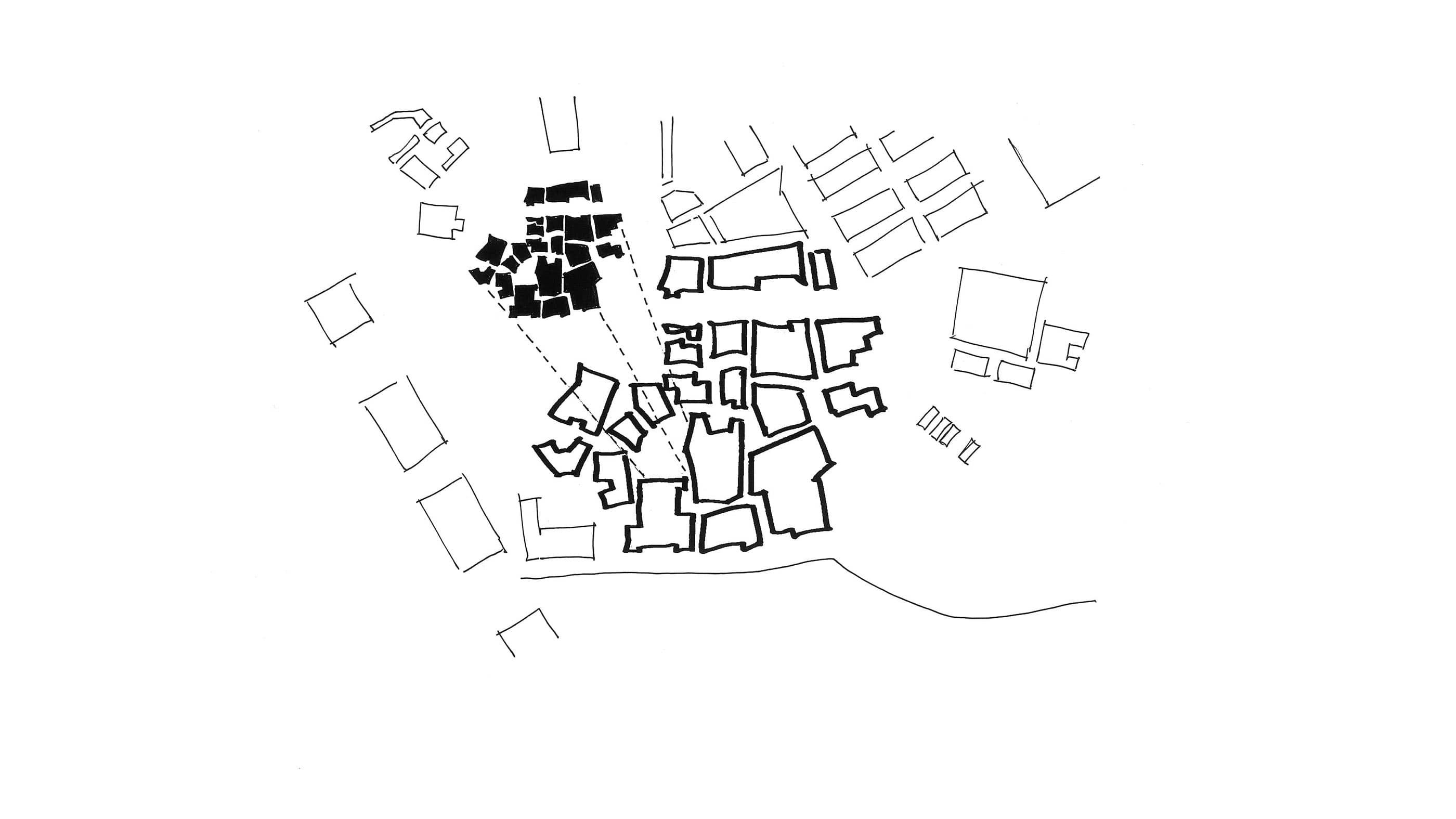 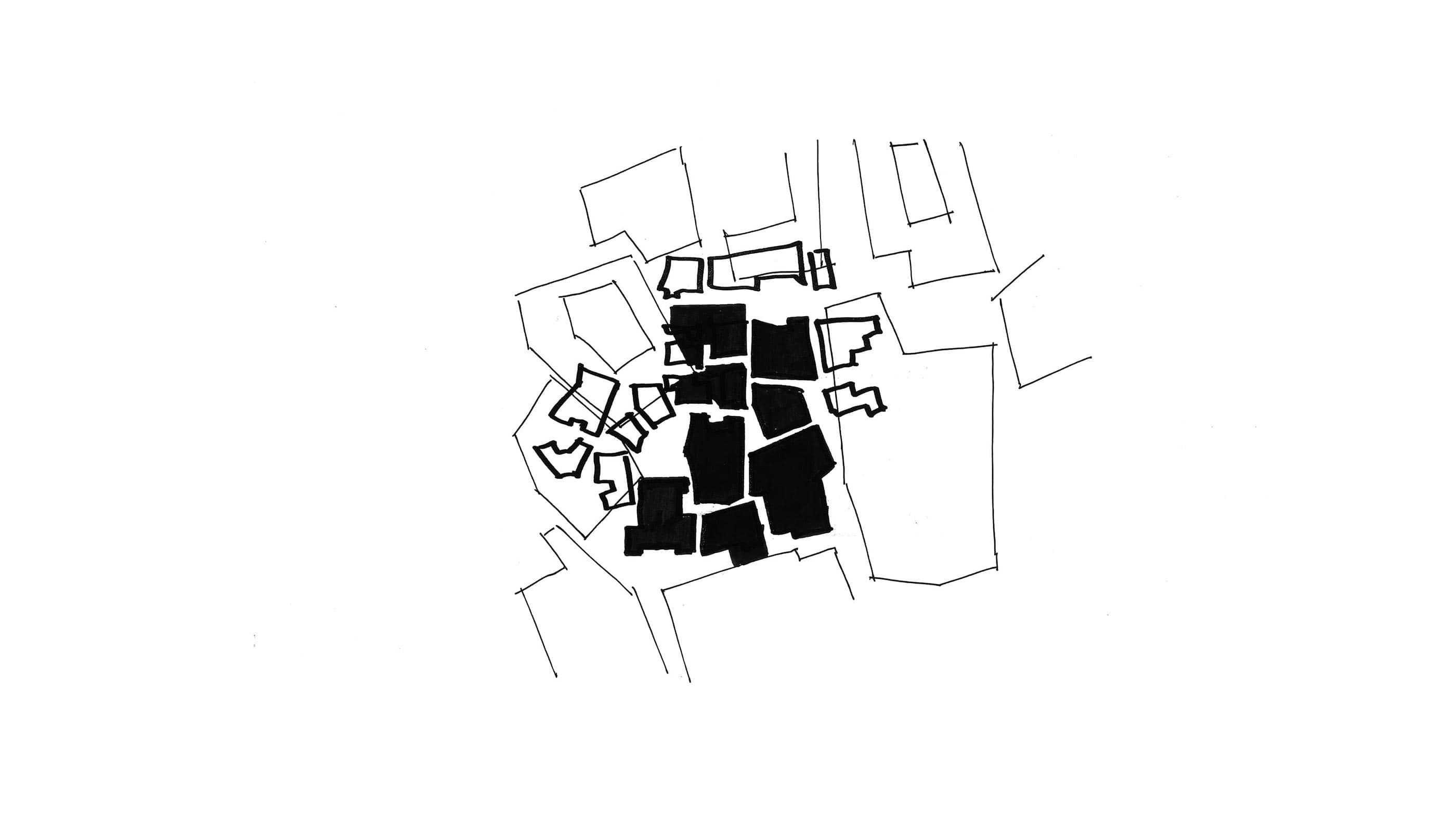 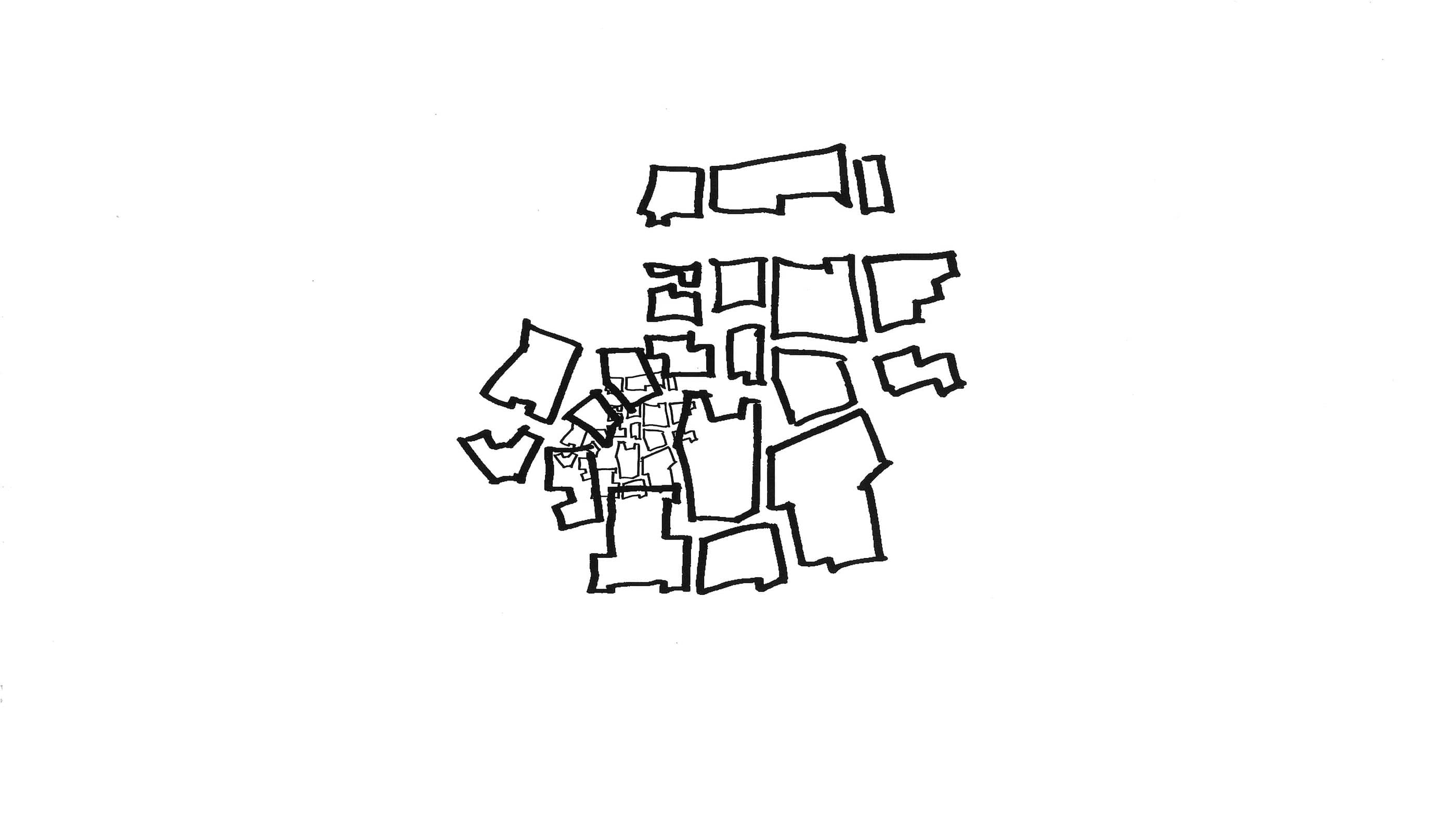 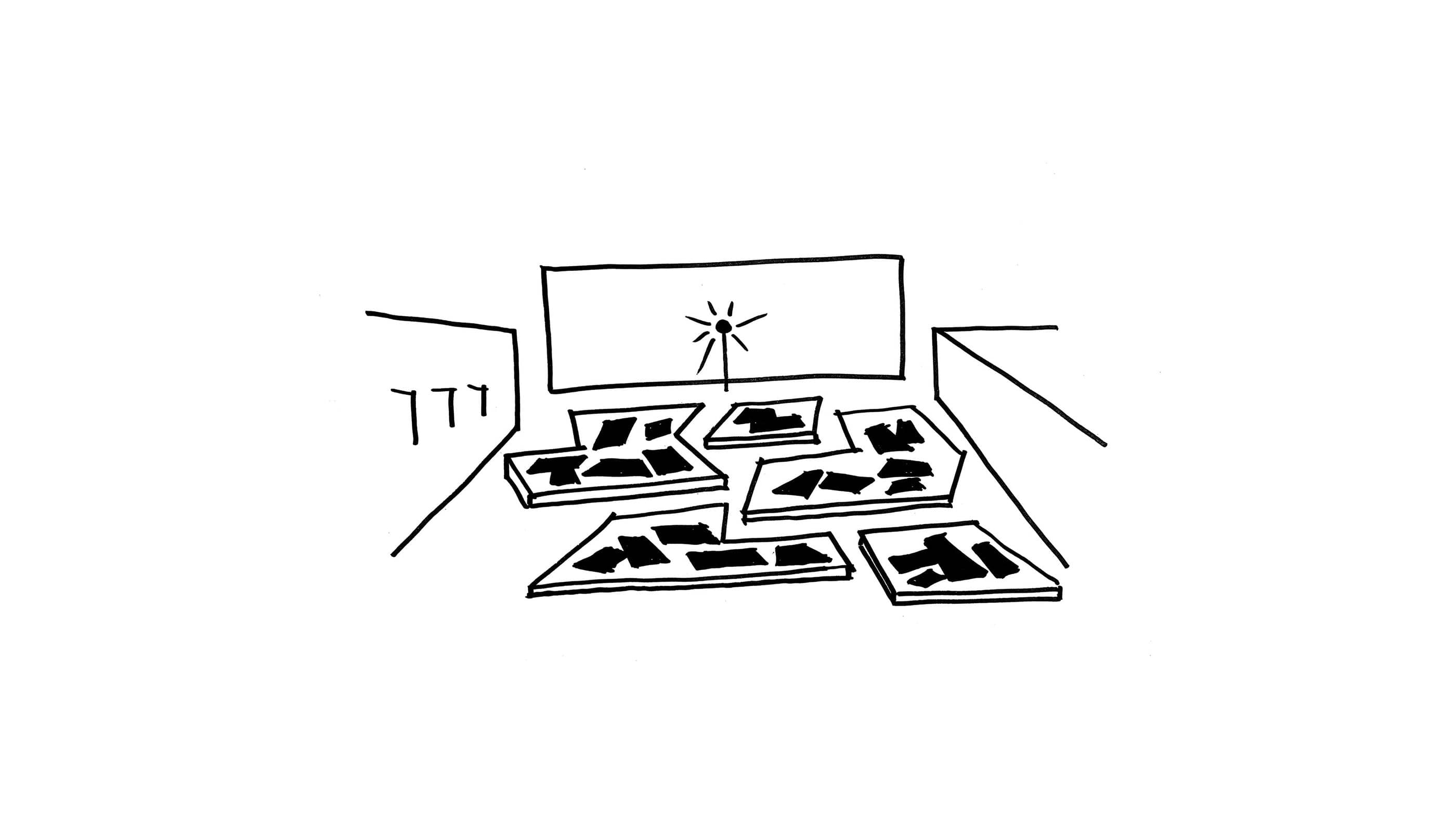 Sharjah’s historic fabric:
a sense of disorientation – the maze of the madinah
Narrow alleys, solid buildings, interlocking volumes
– an intricate texture
Partly resurrected, partly reconstructed
through the museum of the Sharjah Art Foundation
Mirage City Cinema: Echoes of the cities’ fabric
A city within the city…
or rather memories of itself, of its dreams and fantasies
Imprints, a relief… somewhat flattened, slightly blurred
Plaza, courtyard and rooftops
melting into a texture of shared identities
And shared stories of the city and the people that inhabit it
The ghosts of a city… the ghosts of stories…
and the stories of ghosts
As they connect the past to the present
And to the possibilities of the future

Material memories: corals…
once the predominant substance of buildings, now threatened
Its rubble, debris crushed and embedded in the terrazzo of the relief’s surfaces:
Recycled matter, transcended identities

Sounds from different directions, audible, yet invisible…
From somewhere behind the walls
Multiple projections, a sense of uncertainty, of non-directionality
Drifting into the realm of stories, of light and narrative
Of hope and the freedom of dreams

Intermittently, little pairs of red eyes, watching…
softly, silently, from afar
As if memories of a long forgotten past
continue to live in the present

The Mirage City Cinema is a cinema-architecture space by Apichatpong Weerasethakul and Ole Scheeren, commissioned by Sharjah Art Foundation as part of the Sharjah Biennial 11 Film Programme curated by Apichatpong Weerasethakul. Curated by Yuko Hasegawa, Sharjah Biennial 11, Re:Emerge – Towards a New Cultural Cartography takes place from March 13 – May 13, 2013 in Sharjah, UAE.