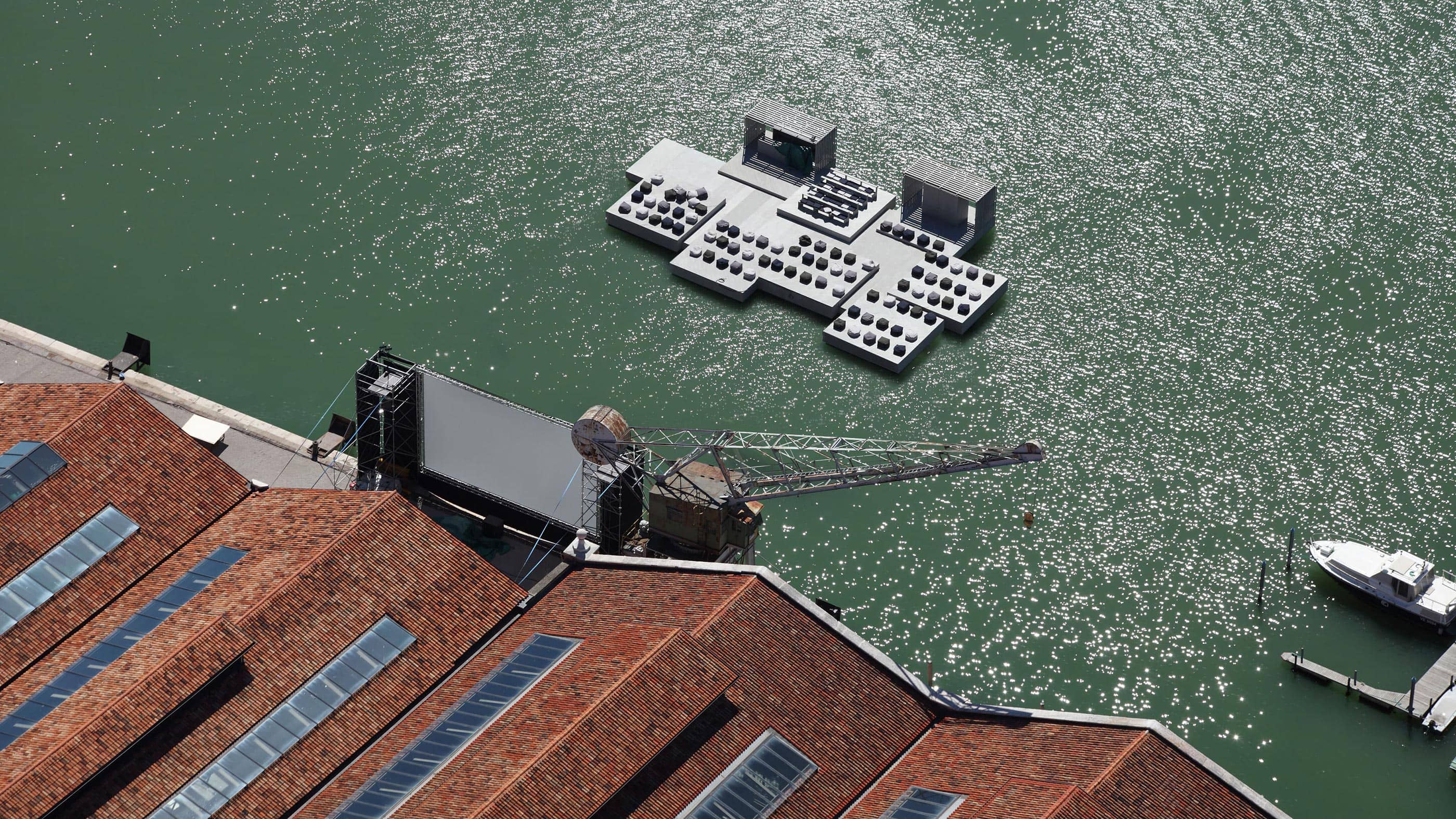 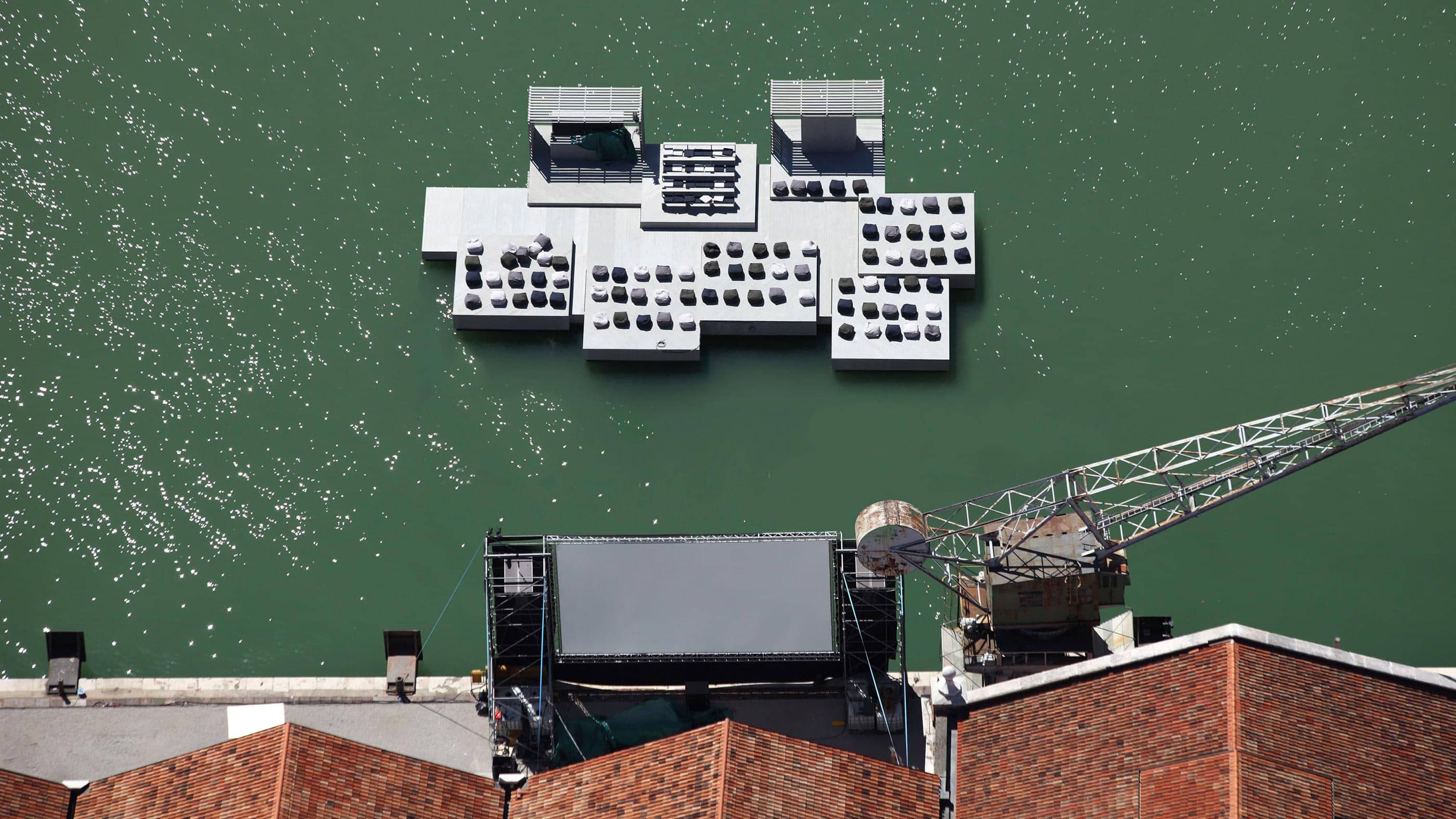 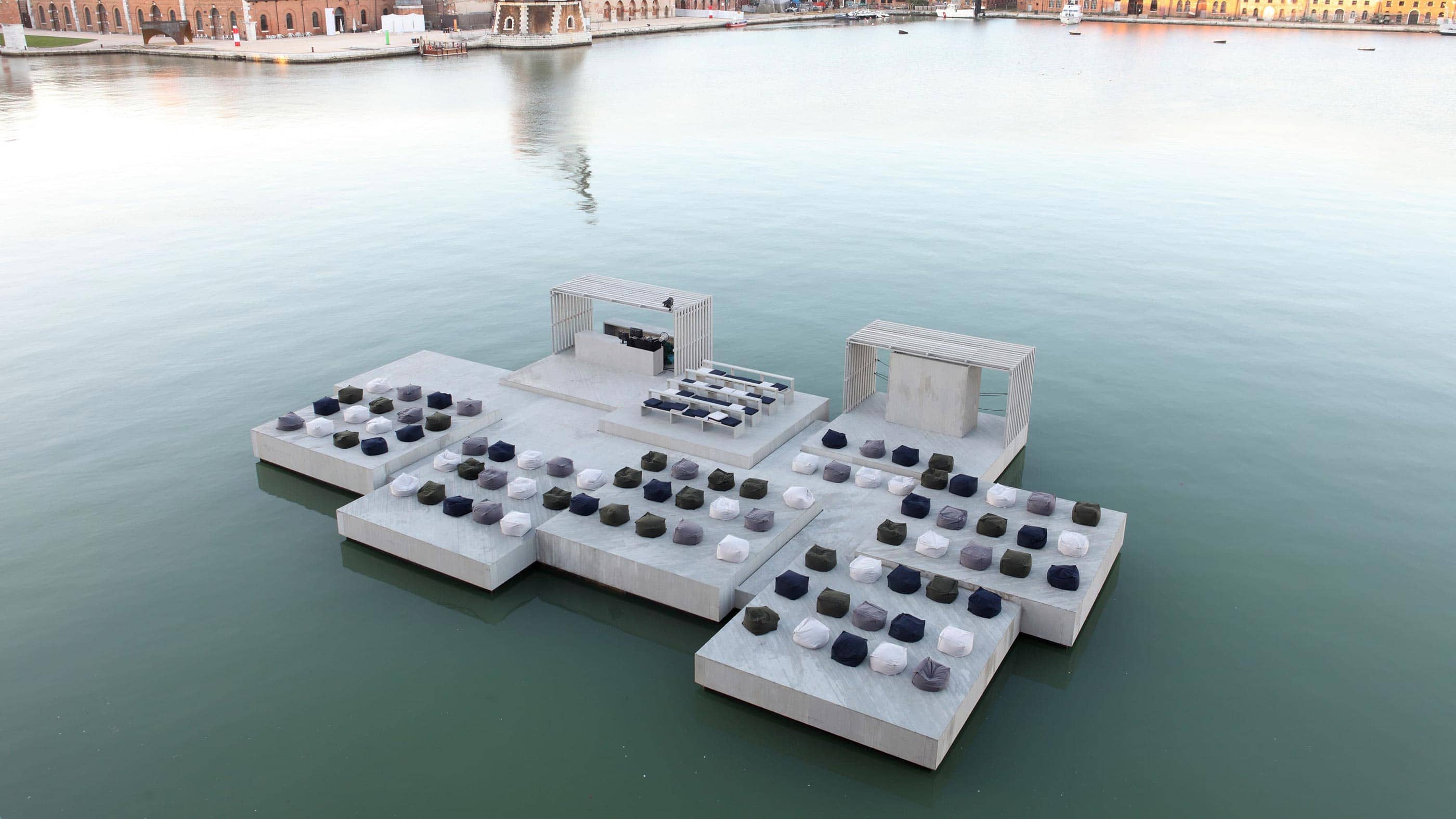 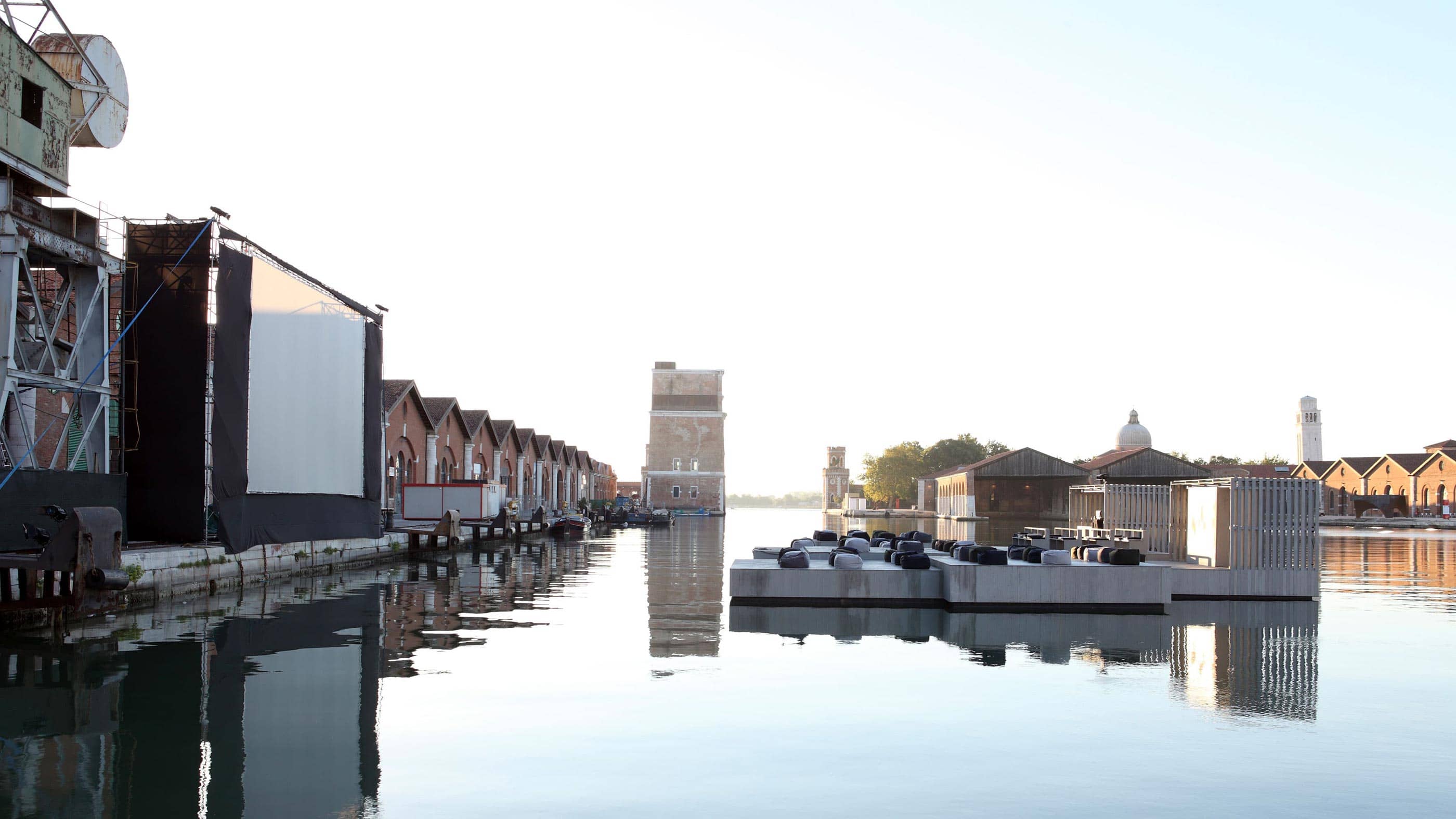 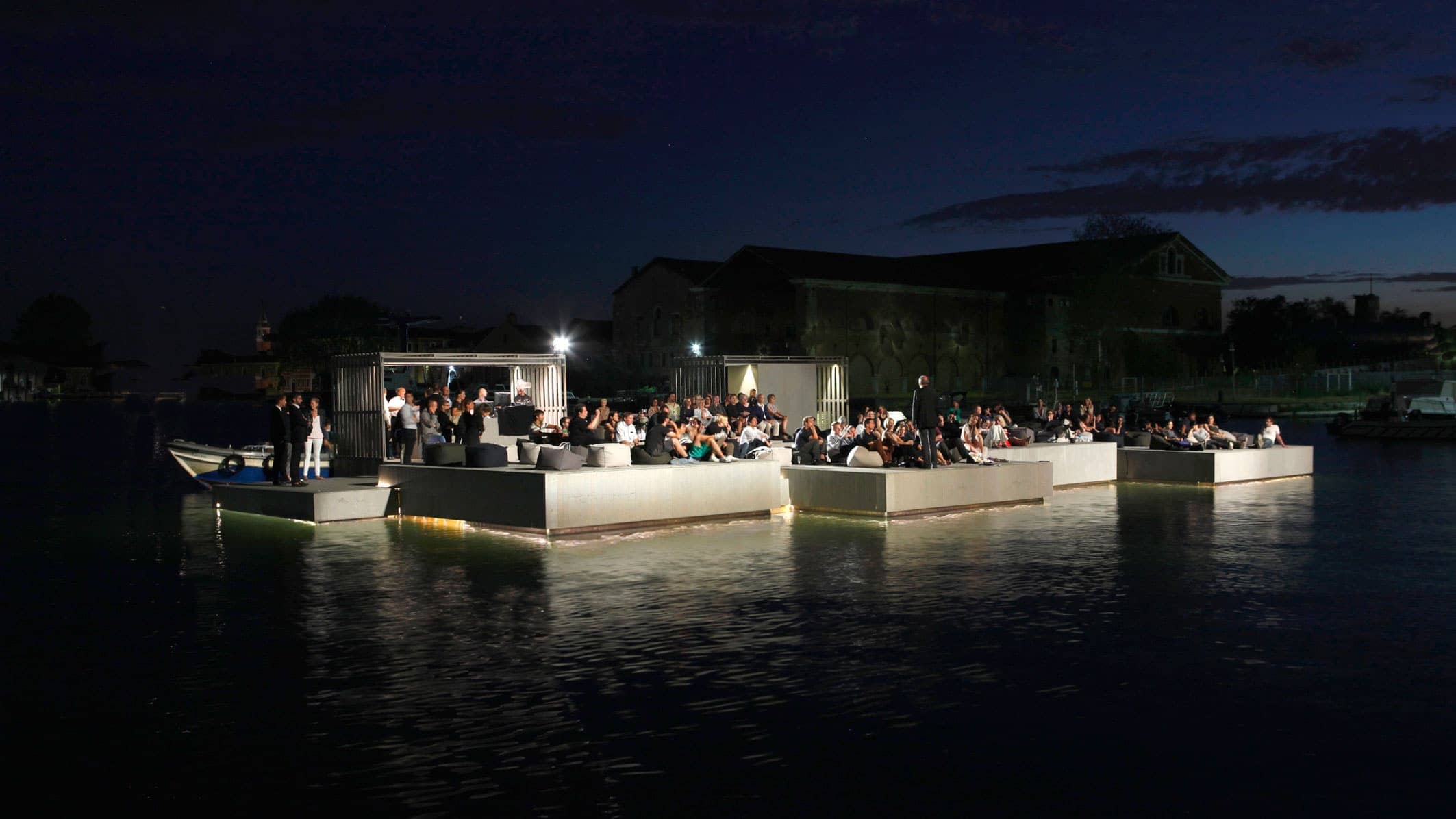 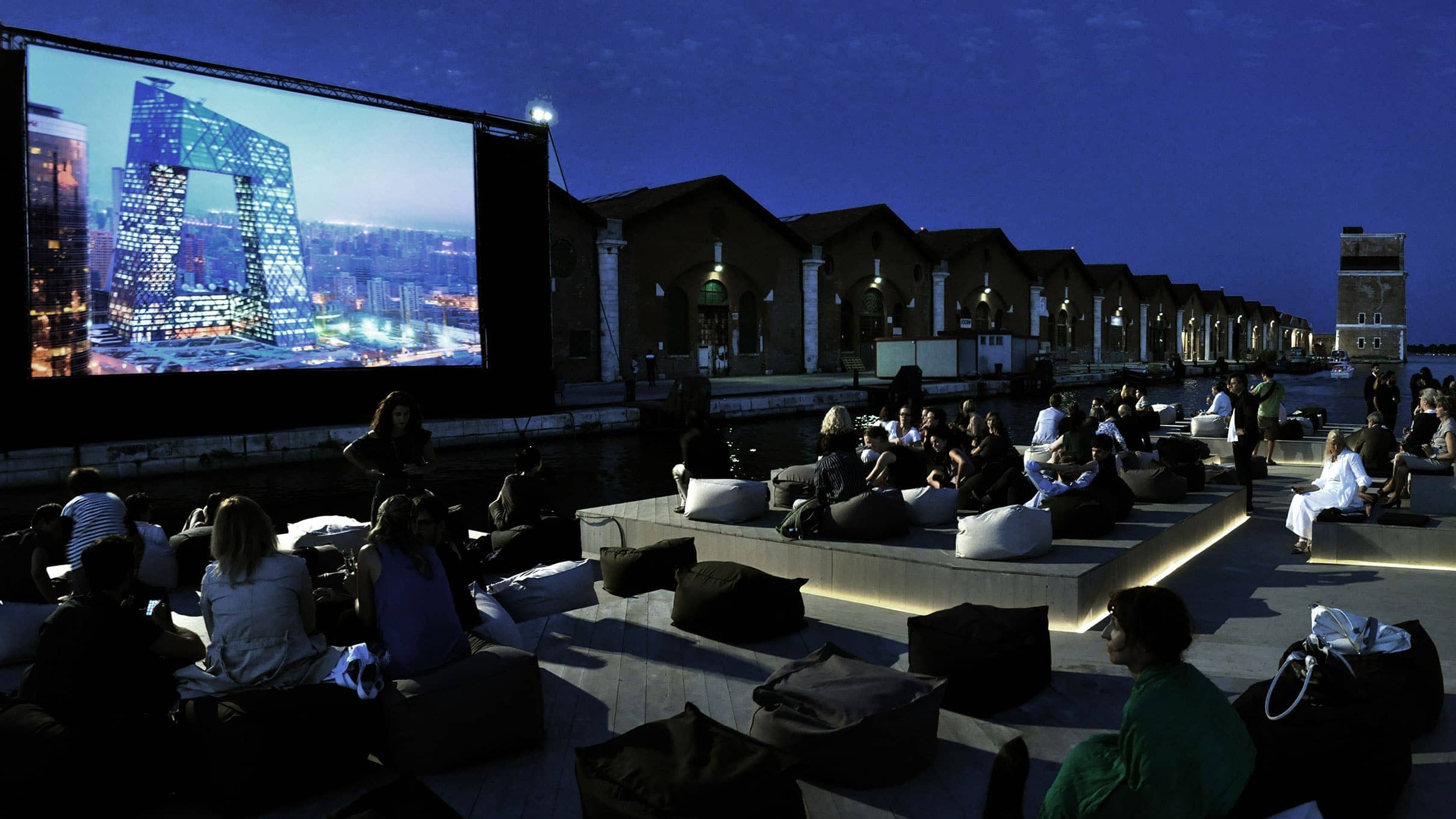 Archipelago Cinema, a floating auditorium designed by architect Ole Scheeren, was part of the official selection of collateral projects in Venice at the 13th International Architecture Exhibition in 2012. An evocative outdoor theatre located within the old harbour basin Darsena Grande of the Arsenale, Venice’s historic shipyard, this modular raft acted as a mobile stage for public events, including the world premiere of the film Against All Rules.

Against All Rules, a documentary essay produced by acclaimed filmmaker and architecture specialist Horst Brandenburg, presents profound insight into the work and philosophy of German-born and Beijing-based architect Ole Scheeren. Spanning a period of more than six years, the film follows the breathtaking construction of one of the most iconic buildings of recent times, the CCTV Headquarters in Beijing and the role of its lead architect Ole Scheeren – an unparalleled adventure in the world of architecture and construction.

Besides landmark projects around the globe, Ole Scheeren is also actively exploring nonarchitectural projects and interventions, such as Archipelago Cinema. The floating auditorium was first conceived in the Andaman Sea of Thailand, and was subsequently recreated for at the 13th Architecture Biennale in Venice.